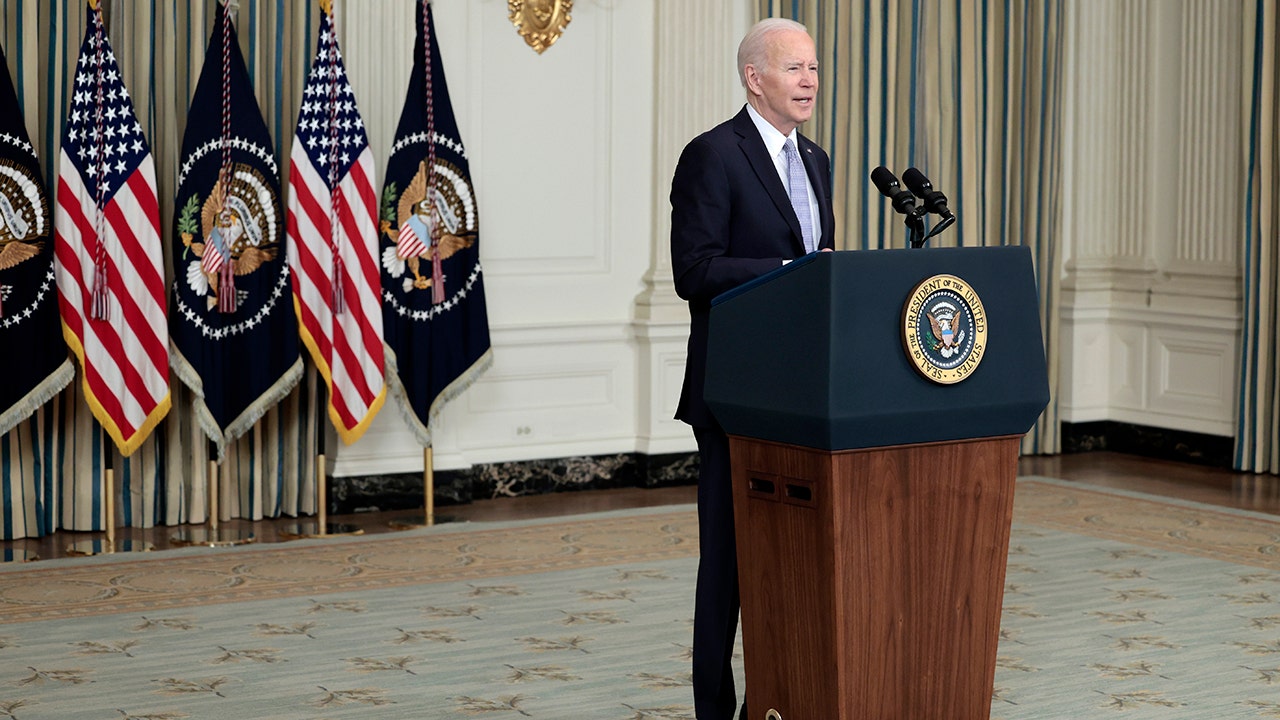 Labor Secretary Marty Walsh ackowledges there is ‘work to do’ on the jobs front, but argues overall the March employment report was ‘strong.’

President Biden on Friday touted the March jobs report as evidence that the US economy is roaring back to life in the wake of the COVID-19 pandemic, despite headwinds from sky-high inflation, tighter monetary policy and the Russian war in Ukraine.

US President Joe Biden delivers remarks on the jobs report for the month of March from the State White House Dining Room on April 01, 2022 in Washington, DC. ((Photo by Anna Moneymaker / Getty Images) / Getty Images)

His comments came shortly after the Labor Department said in its monthly report that payrolls in March rose by 431,000, slightly missing the 480,000 jobs forecast by Refinitiv economists. The unemployment rate, which is calculated based on a separate survey, fell to 3.6%, the lowest level since February 2020.

THESE STATES ROLLED BACK THEIR GASOLINE TAXES. OTHERS COULD FOLLOW

Millions of workers are seeing the largest pay gains in years, as companies compete with one another for a limited number of employees: Wages climbed 5.6% in March from the previous year, nearly double the pre-pandemic average of 3%.

Many of those gains have been eroded, however, by the hottest inflation in nearly four decades that has pushed the price of everyday necessities like gasoline, clothing and food significantly higher – which Biden acknowledged.

“Even though we created a record number of jobs, I know that this job is not finished,” the president said. “We need to do more to get prices under control. Putin’s invasion of Ukraine has driven up gas prices and food prices all over the world,”

The rising prices have been bad news for Biden, who has seen his approval rating plunge as inflation climbs higher.

He repeated his previous claim that the conflict in Europe is responsible for exacerbating already sky-high inflation by driving gas prices higher, something the White House has dubbed “Putin’s price hike.” Biden announced this week that the US will release up to 180 million barrels of oil from a strategic reserve to lessen the impact of the Russia-Ukraine war on energy prices.