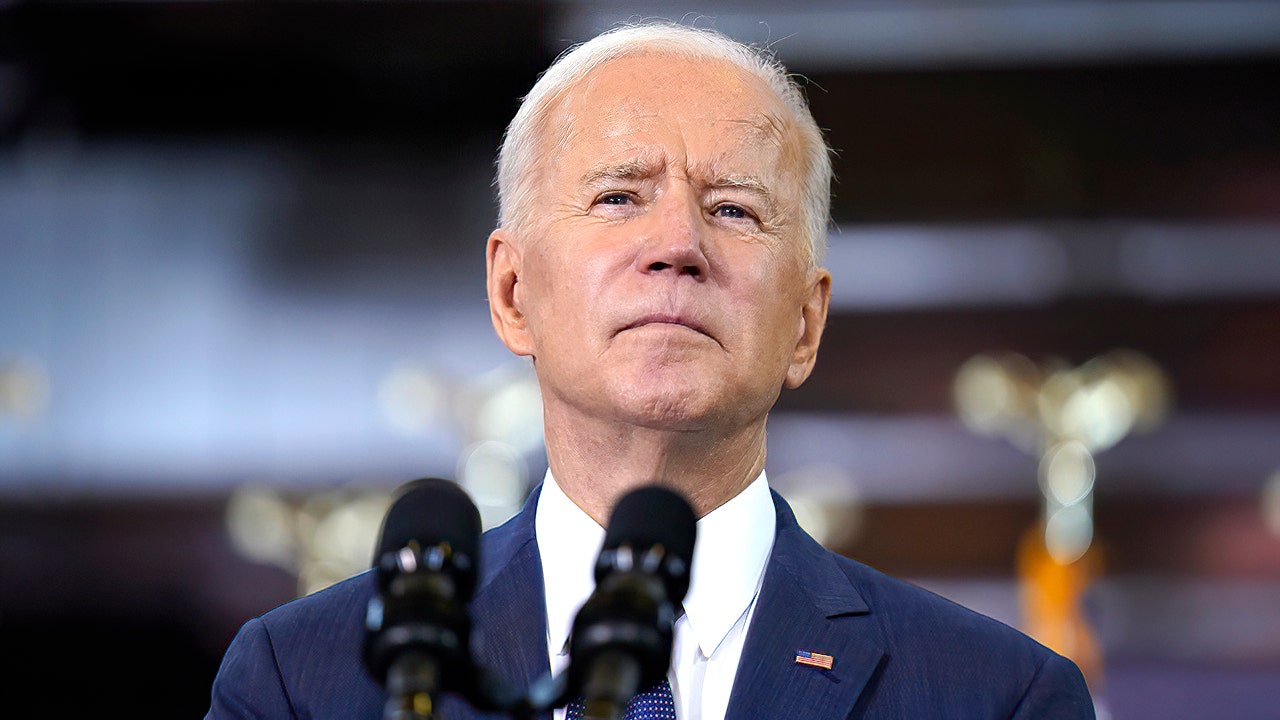 FOX Business’ Edward Lawrence breaks down the July jobs report, which indicates 528,000 jobs were added to the US economy.

President Biden on Friday touted US job growth, which unexpectedly accelerated in July, saying “more people are working than at any point in American history,” and using jobs numbers to prove he has kept his campaign promise to “rebuild the middle class.”

Employers added 528,000 jobs in July, the Labor Department said in its monthly payroll report released Friday, blowing past the 250,000 jobs forecast by Refinitiv economists. The unemployment rate, meanwhile, edged down to 3.5%, the lowest level since the COVID-19 pandemic began more than two years ago.

“Today, the unemployment rate matches the lowest it’s been in more than 50 years: 3.5%. More people are working than at any point in American history,” Biden said in a statement. “That’s millions of families with the dignity and peace of mind that a paycheck provides.

US ECONOMY ADDS 528,000 JOBS IN JULY, BLOWING PAST EXPECTATIONS

“And, it’s the result of my economic plan to build the economy from the bottom up and middle out,” Biden continued. “I ran for president to rebuild the middle class — there’s more work to do, but today’s jobs report shows we are making significant progress for working families.”

The job growth defies fears of a slowdown in hiring, even as the labor market confronts the twin threats of scorching-hot inflation and rising interest rates.

The US has now replaced all of the jobs that were lost during the pandemic.

MacroMaven’s founder Stephanie Pomboy and former Reagan economic adviser Steve Moore weigh in on the July employment report shortly after its release on ‘Mornings with Maria.’

Job gains were broad-based in July, with leisure and hospitality leading the way in hiring, adding 96,000 new workers. That was followed by professional businesses services (89,000), health care (70,000) and government (57,000). Construction contributed 32,000 new jobs, while manufacturing added 30,000.

The uptick in hiring comes amid a growing consensus that the economy is losing momentum as the Federal Reserve hikes interest rates at the fastest pace in decades to wrestle inflation under control. The Commerce Department reported last week that gross domestic product, the broadest measure of goods and services produced in the nation, shrank 0.6% in the three-month period from April to June. That followed a decline of 1.6% in the first three months of the year.

With back-to-back quarterly declines in GDP, the economy meets the technical criteria for a recession.

While many economists have argued the strong jobs market has so far prevented the US from sliding into a downturn, job growth momentum is expected to cool markedly in coming months as companies cut staff in order to accommodate for lower demand.