Biden slammed for inaccurate border comments by ex-Trump official: ‘Wasn’t sure what he was talking about’ 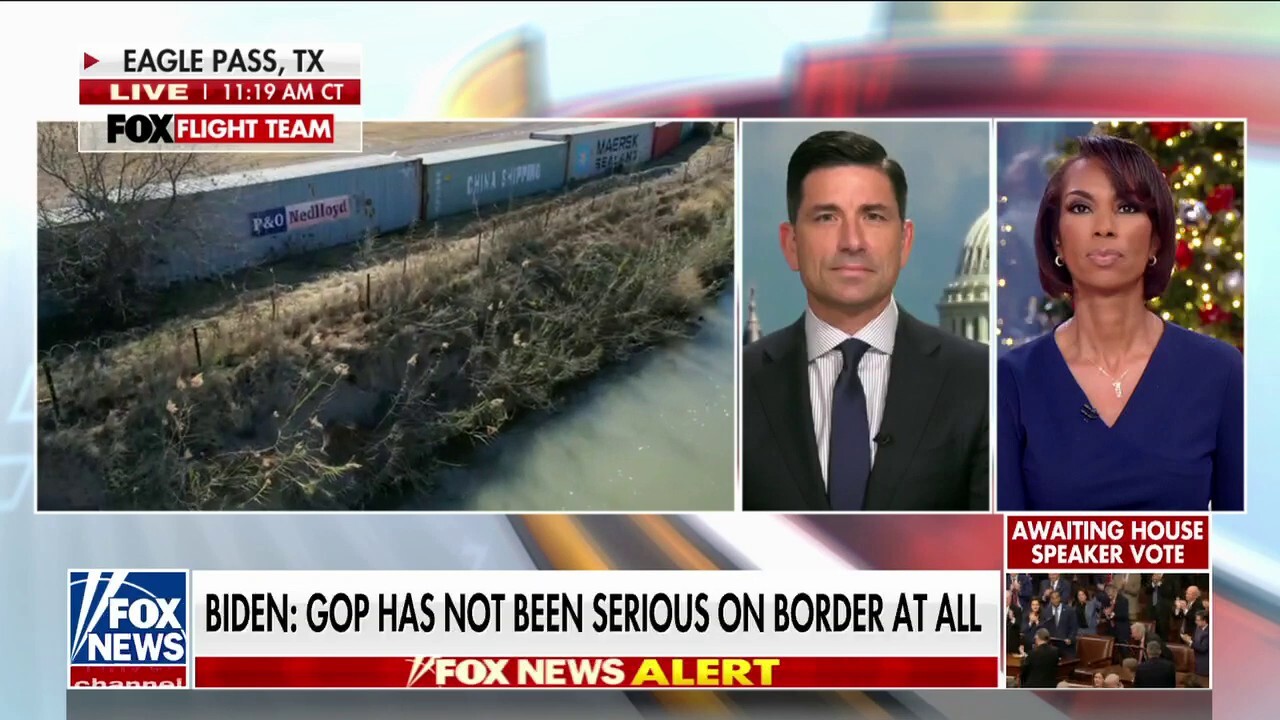 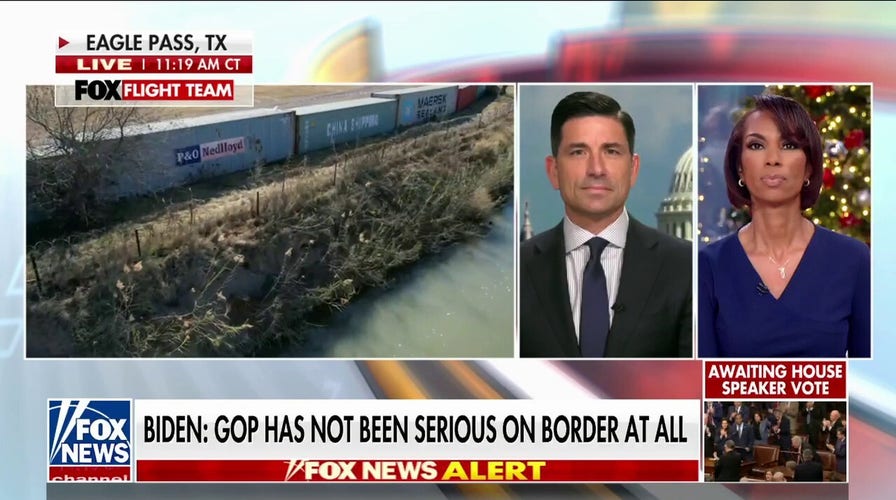 Former acting DHS Secretary Chad Wolf said Thursday “it is unclear what the long-term strategy is” for the Biden administration’s handling of the southern border, calling out the president for inaccurate claims in remarks from the White House.

The former Trump administration official joined “Outnumbered” to react to Biden’s “meandering” and “contradictory” comments on border security during a news conference.

“It was clear the president really wasn’t sure what he was talking about,” he told Harris Faulkner.

“He talked about a number of different programs that weren’t accurate. He talked about gang violence in Central America as a basis to claim asylum. That’s not true under U.S. law. That’s important. He talked about continuing to process more illegal aliens into the country instead of actually solving the problem,” said Wolf.

“He talked about parole in the Venezuelan program that started back in October. And yes, we may see fewer Venezuelans at the border, but guess what? The numbers continue to increase month after month. It’s just different populations.”

Wolf said the Biden administration has “no comprehensive plan” to address border security.

“I don’t understand why they are now simply trying to come up with a strategy that they’ve known. They’ve been in this problem for about 24 months now,” said Wolf, adding that Biden “raised more questions than answers,” especially on Title 42.

Wolf then addressed the bill put forth by Senators Thom Tillis and Kyrsten Sinema and said amnesty does not equal border security.

“Biden keeps talking about Republicans or members of Congress won’t help. What they are advocating for is amnesty,” argued Wolf.

“It’s disingenuous. It’s dishonest. And I get fired up over that because it’s not going to solve the issue.”

Biden on Thursday used a major White House speech to announce expanded border measures, ahead of his first-ever visit to the besieged southern border next week — as his administration struggles to deal with a historic surge in migrants.

“These actions alone that I’m going to announce today aren’t going to fix our entire immigration system but they can help us a good deal in managing what is a difficult challenge,” he said.

Biden announced an expansion of a humanitarian parole program for Venezuelan nationals to include Haitians, Cubans and Nicaraguans. That program will allow 30,000 individuals a month from all four counties to be paroled into the U.S. for a two-year period as long as they have a financial sponsor and pass other conditions. Those who attempt to enter illegally are made ineligible for the program.

“We anticipate this action is going to substantially reduce the number of people attempting to cross our southwest border without going through a legal process,” he said.

That expanded program will be combined with an expansion of Title 42 expulsions to include those nationalities, allowing up to 30,000 of those who enter the U.S. illegally each month to be quickly returned to Mexico.

Additionally, Biden is expected to announce an increased use of an alternative removal authority – expedited removal – to remove those who do not claim asylum and who cannot be expelled under Title 42.

Elizabeth Heckman is a digital production assistant with Fox News.

Caryn Chandler to Matt Roloff: When Are You Gonna Put a Ring on It?!?