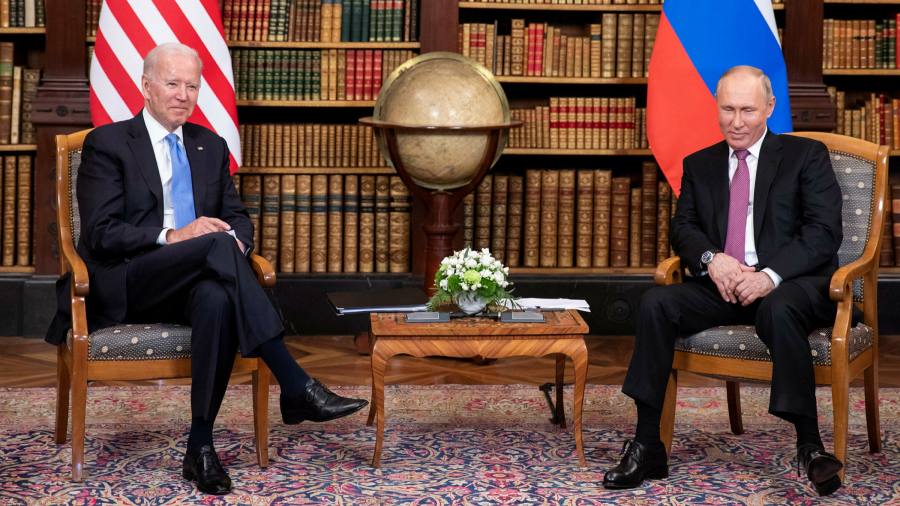 Shortly after the 1918 armistice that ended the first world war, David Lloyd George, Britain’s prime minister, was thumpingly re-elected on the slogan “Hang the Kaiser”. Germany’s exiled Kaiser Wilhelm got off lightly. But the spirit of revenge that followed the “war to end all wars” held firm. The allies’ ensuing Treaty of Versailles sowed a peace that would poison all peace.

It may seem early to speculate about a Ukrainian deal with Vladimir Putin’s Russia, though talks have been taking place and draft peace proposals exchanged. Putin has a history of saying one thing and doing the opposite, which could prove lethally deceptive in Ukraine. Few believe Putin is ever likely to drop his ultimate ambition of swallowing Ukraine. Any deal, let alone a ceasefire, should thus be treated as a tactical pause.

Yet at some point the west will have to talk to the enemy it has rather than the one it would like. That will mean doing some kind of a deal with Putin. The alternative – aiming for Russia’s unconditional surrender and the ejection of Putin – is a bet western leaders can not afford to indulge. Given Putin’s barbarity, this may prove too much for western publics to digest, let alone the abused people of Ukraine.

Yet the lessons of Versailles are there. The mood in Washington and other western capitals is understandably punitive. In addition to the wanton slaughter of civilians, Russian artillery is leveling massive tracts of Ukraine. The cost may already be in the hundreds of billions of dollars. Joe Biden’s temptation will be to seize Russian central bank dollar assets in repair for Ukraine’s damage. Biden would also find it politically very hard to lift sanctions while Putin remains in power. In 1919, the allied powers imposed crippling reparations on a defeated Germany, even though its war leaders had been ousted. It would be harder for today’s allies to resist imposing a Carthaginian peace on a Russia that is still run by Putin.

Biden’s challenge will thus be even trickier than what faced his predecessor, Woodrow Wilson. Unlike Germany in 1919, Russia has nuclear weapons and cannot be forced to surrender. The best definition of Russian defeat would be its withdrawal from the slices of Ukraine it has occupied. Even that would be a tall order. Ejecting Russia as a whole would be hard for Ukraine to do alone. Yet direct western involvement is unthinkable. That means Ukraine could be forced to suffer months or even years of bloody stalemate.

The lesson of all wars, especially what used to be called the great war, is that they take on a logic of their own. As they progress, it gets ever harder to see the enemy as human beings. Two decades ago, George W Bush raised eyebrows when he claimed he had peered into Putin’s soul and found him trustworthy. That was surreal enough. Today, some of the west’s smartest minds claim they can see into Russia’s soul and deem the whole nation incorrigible. Normally empathetic types celebrate the death of teenage Russian conscripts on social media. To do otherwise would be to risk doubts about sympathy for Russia’s victims.

In 1919, a crushed Germany had no friends. By contrast, Putin can count on Russia’s “no limits” partnership with Xi Jinping’s China, the world’s second most powerful country. For a potentially humiliated nation such as Russia, history would struggle to find a better safety net. This puts the west’s quandary in perspective. Not only is Russia almost certain to emerge from this war still a nuclear state, it can also rely on help from the world’s rising great power.

Even if the west were to dictate Versailles-style terms to Russia, its ability to enforce such a debt would be handicapped. What options then are available to Biden? The US president says that Ukraine’s Volodymyr Zelensky should be the judge of what kind of deal Ukraine will tolerate. That is the right stance. Ukraine is the victim and must be the ultimate judge. At some point, however, Biden will have to sell an emotionally unsatisfying decision to the US public.

This week Biden refused to disown his unscripted hope that Putin should go. Most westerners and doubtless almost every Ukrainian share that desire. But on this matter, Biden’s wish is not his command. The gap between what America expects and what is likely to happen is unfortunately wide.