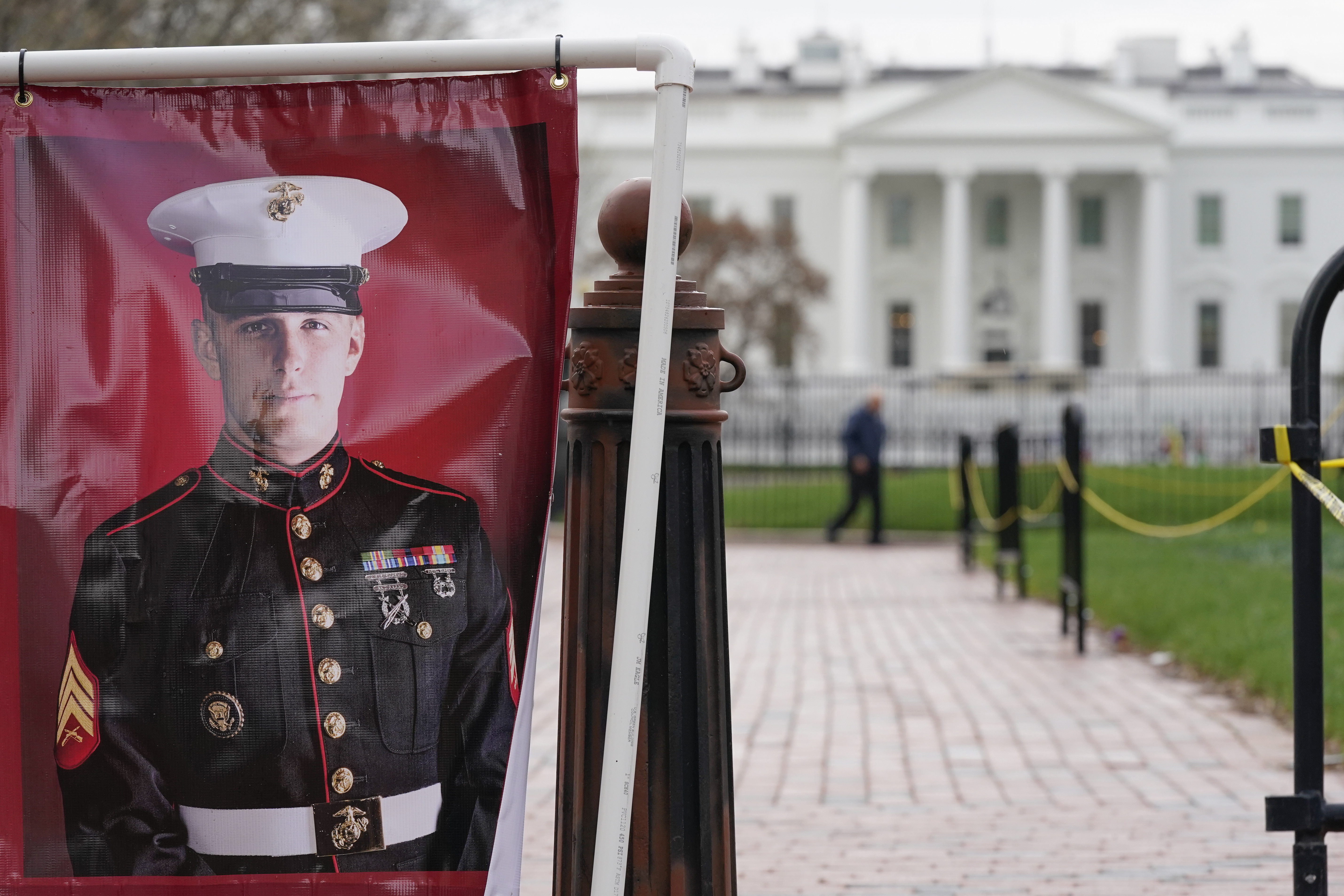 “During their meeting, the President reiterated his commitment to continue to work to secure the release of Trevor, Paul Whelan, and other Americans wrongfully held in Russia and elsewhere, and to provide all possible assistance until they and others are free and returned home to their families who are advocating so passionately for their release, ”White House press secretary Jen Psaki said in a statement.

The meeting was Biden’s second interaction with the family this month, as Russia’s attack on Ukraine continues to dominate the news cycle and the Reed family takes its pleas for help to the airwaves. He held a call with Trevor Reed’s parents, as well as his sister, after a trip to Fort Worth, Texas, earlier this month. The family lives less than an hour from Fort Worth and waited for the president’s motorcade to pass, in hopes of holding an in-person meeting with the president.

Their demonstration in Washington on Wednesday had a different result, catching Biden’s attention earlier in the day.

“I’m going to see if I can get to see them,” Biden said after an event earlier on Wednesday, adding that the White House was working on coordinating a meeting. “They’re good people.”

Trevor Reed’s parents have been vocal on news networks from MSNBC to Newsmax, as they try to ramp up public pressure to secure their son’s release. Earlier on Wednesday, before they had the White House meeting, Joey Reed said on MSNBC that they hoped to tell Biden more about their son than he’d read in a report from the government.

“And remind him that our son was willing to die for him and his family when he guarded him as the vice president at Camp David,” Joey Reed said on MSNBC.

The family said its meeting with Biden lasted more than 30 minutes, according to CNN, adding that Biden listened “intently.”

“We could not have asked for more,” Joey Reed said.

Paula Reed echoed her husband’s message and said they were able to “say what we wanted to say.” She also said the president listened closely, and that they were “grateful” for that.

Trevor Reed has been in prison in Russia for more than two years. He was arrested in Moscow in 2019 after a night of drinking and was sentenced to nine years in prison on assault charges for what the Russian authorities described as endangering the “life and health” of local police officers. Both Reed and his family have vehemently denied the charges; the US ambassador to Russia, John Sullivan, has condemned them as “absurd.”

Reed’s parents say they last spoke to their son on July 15, 2021. They’ve recently expressed concerns about his deteriorating health, particularly worries that he has tuberculosis.

Psaki’s statement said Biden’s national security team would stay in contact with the Reeds, the Whelan family and other families of hostages or Americans detained in foreign countries. She also noted that national security adviser Jake Sullivan had met with the Reed family twice, once in a virtual group and another time privately.

“We understand the pain felt by all of Trevor’s families and friends enduring the nightmare of his absence, which we are committed to bringing to an end,” Psaki said.