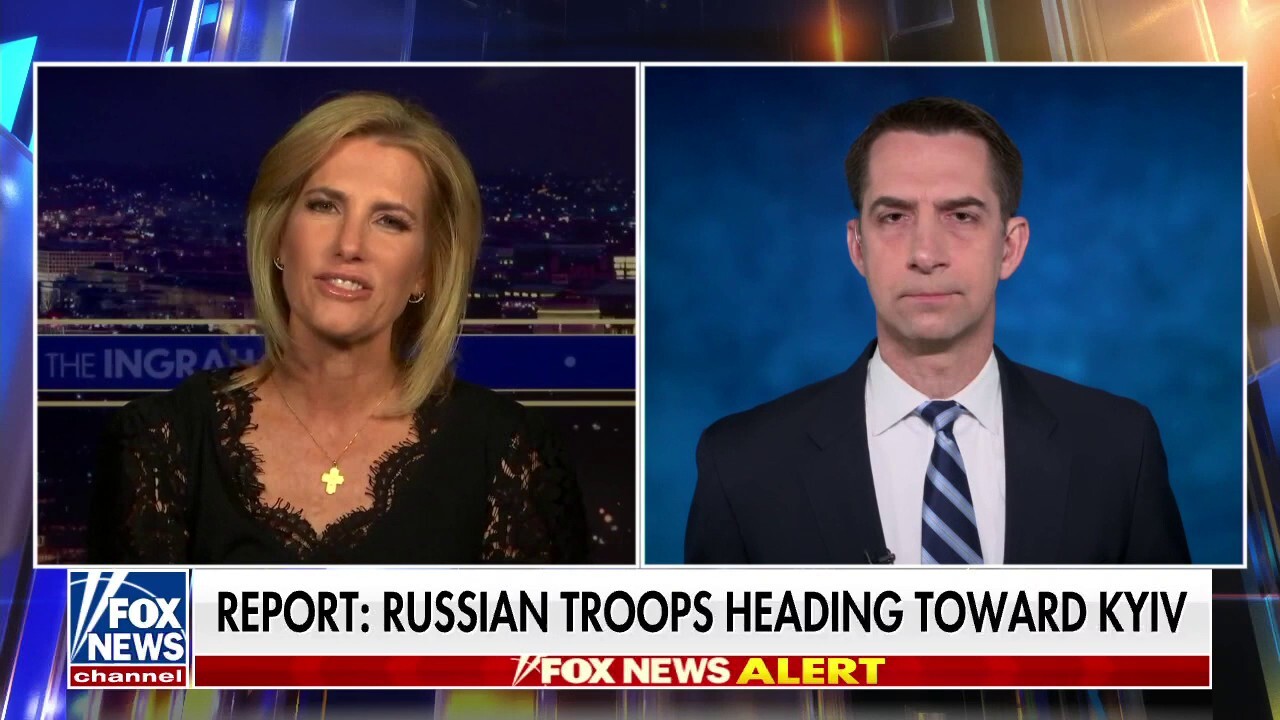 Late. Tom Cotton, R-Ark., Explained how President Biden “has ceded the veto pen” to the United States’ European allies “on the kind of sanctions” it imposes Thursday on “The Ingraham Angle.”

“You mentioned kicking Russia out of the international banking system known as SWIFT,” he told host Laura Ingraham. “Apparently, there are some European nations like Germany that do not want to do that, so we’re not going to kick them out of SWIFT.”

“So even he and his administration [are] admitting they do not want to impose oil and gas sanctions on Russia because they’re afraid it’s going to add to the inflation they’ve already created. “

The senator suggested imposing sanctions and lifting restrictions on American oil and gas production to ultimately reopen the Keystone XL pipeline. It would import more oil into the US daily from Canada than the country imports daily from Russia.

“Most Americans understand it’s basic common sense that we want to be able to protect our own energy supply and hopefully supply Europe the energy it needs to get off of Russian energy,” Cotton said. “And if we do not bring the hammer down on Vladimir Putin, if we do not turn Russia into a pariah state and isolate them diplomatically and economically and financially, it’s going to tell [Chinese President] Xi Jinping he can probably do the same thing in Taiwan. “

“… It’s simply creating permission around the world for our adversaries to try to press our against our interests, try to undercut our partners and our allies, and ultimately put our own safety and freedom and prosperity at risk.”