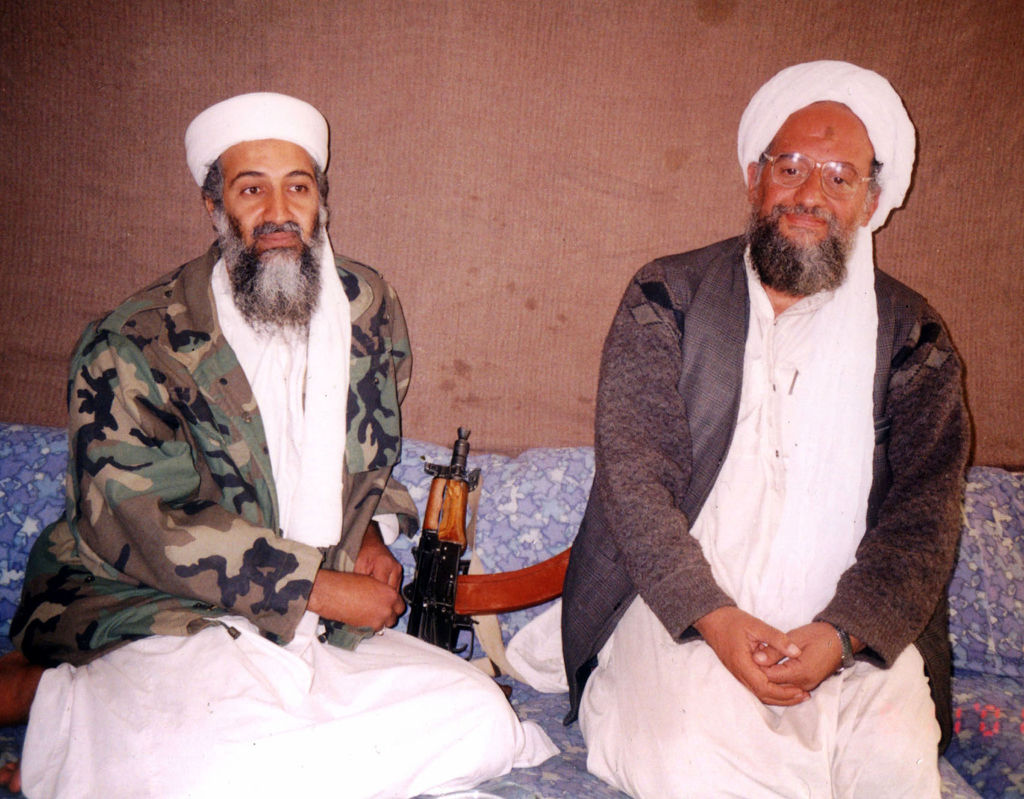 “Justice has been delivered,” Biden said in a prime-time address from the Blue Room Balcony at the White House. “This terrorist leader is no more.”

Al-Zawahiri was a doctor born in Egypt in 1951 and succeeded Osama bin Laden as the head of the terrorist group Al-Qaeda following his death at the hands of US forces in 2011.

He was on the FBI’s Most Wanted Terrorist list for his alleged role in the 1998 bombings of the United States embassies in Dar es Salaam, Tanzania, and Nairobi, Kenya.

Al-Zawahiri was killed by the CIA drone strike shortly after 6 am Sunday in Kabul, Afghanistan, according to senior administration officials. Senior Taliban leaders knew al-Zawahiri was at the downtown Kabul safehouse, where he appeared on a balcony several times over the course of several months.

The reconnaissance operation was in the works for months, and Biden was briefed periodically during May and June, officials said. A formal, detailed briefing was given on July 1, and the president was “deeply engaged” and asked questions about minimizing risks to civilians, according to officials.

Who was Ayman al-Zawahiri?

“The United States continues to demonstrate our resolve and our capacity to defend the American people against those who seek to do us harm,” Biden said during his address. “If you are a threat to our people, the United States will find you and take you out.”

Biden authorized the strike last week, and he said there were no civilian casualties. There were no US forces on the ground.

The death of al-Zawahiri comes one year after the withdrawal of US troops from Afghanistan following more than 20 years of a presence there after the 9/11 attacks. The hasty and haphazard exit resulted in the deaths of 13 US service members.

The Biden administration has said it would continue to conduct counterterrorism operations using “over the horizon” operations, commonly known as drone strikes.

Brett Bruen, the director of global engagement during the Obama administration, said the jury is still out on how successful that approach will be.

“There’s no question [the “over-the-horizon” chance for success] exists, the bigger issue is how much do we have that capacity?” Bruen said on “On Balance with Leland Vittert” shortly after the speech.

A statement from Afghanistan’s Taliban government confirmed the airstrike, but did not mention al-Zawahiri or any other casualties.

It said it “strongly condemns this attack and calls it a clear violation of international principles and the Doha Agreement,” the 2020 US pact with the Taliban that led to the withdrawal of American forces.

“Such actions are a repetition of the failed experiences of the past 20 years and are against the interests of the United States of America, Afghanistan, and the region,” the statement said.

Biden expressed hope that the killing would bring “one more level of closure” to families of the victims of the 9/11 attacks.

We are so grateful for the collaboration amongst government agencies that has led to bringing criminal mastermind Ayman Al-Zawahiri to justice,” the National September 11 Memorial & Museum said in a statement. “Today’s news demonstrates how the 9/11 story continues to evolve, even 21 years later, and reinforces the need for us to keep educating younger generations about the continued impact of 9/11 on the world we live in today.”

Terrease Aiken, whose father Terrence was on the 97th floor of the North Tower when the planes hit on 9/11, said the killing is a step in the right direction in getting justice.

“I do not take relish in another human being killed,” Aiken said, “but it does give me hope that our president does take counterterrorism very seriously and it does gives me hope that we will continue addressing everyone and all the parties involved with terrorism so other families don’t have to feel the pain that my family has felt.”

To make further progress in the war on terror, Aiken said it’s imperative for the public to learn more about who has funded terrorist groups.

“It’s been 20 years and we’re just now declassifying documents, finding out more about parties that were involved in funding these terrorists,” Aiken said. “I personally won’t have full peace until I know that other families won’t be subject to this kind of terrorism again in the future.”