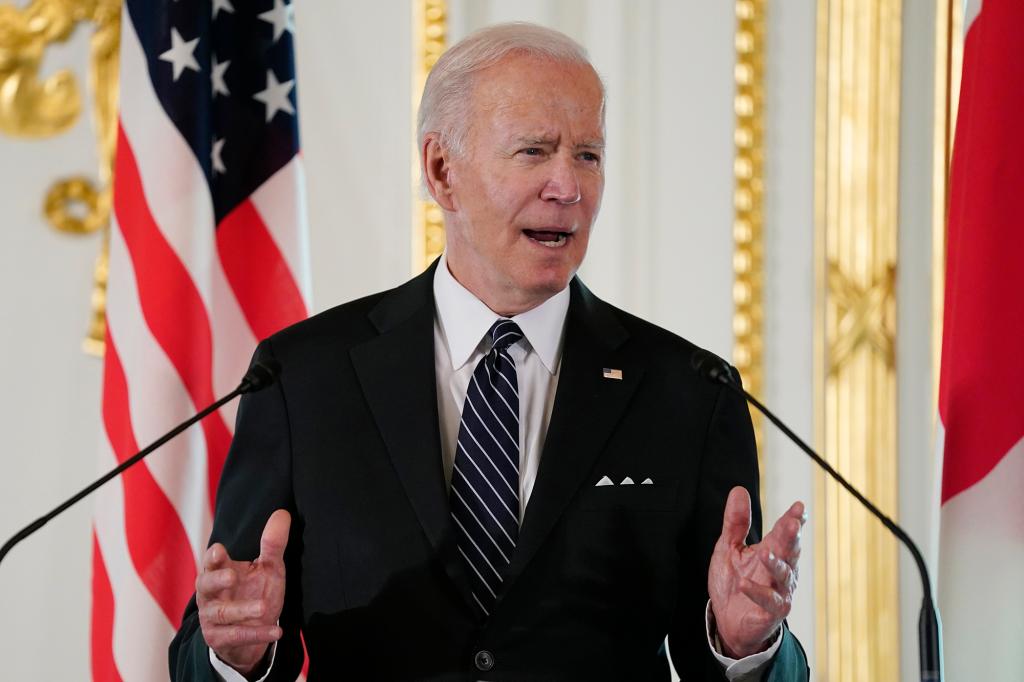 President Biden on Monday admitted that the United States’ economy has “problems” and that it will be “a haul” before Americans see total relief from inflation and soaring prices.

During a press conference in Japan following his meeting with Prime Minister Fumio Kishida, Biden insisted that he does not believe a recession is inevitable, pointing to key economic growth in the US compared to other countries.

“Does that mean we do not have problems? We do, ”the president said. “We have problems but less consequential than the rest of the world has because of our internal growth and strength.”

While Biden simply said “No” to whether he believes a recession is inevitable, other members of his administration have not ruled out the possibility.

“Well, there are always risks, but here’s where I think we are,” National Economic Council Director Biran Deese told CNN on Sunday. “Our economy is in a transition from what has been the strongest recovery in modern American history to what can be a period of more stable and resilient growth that works better for families.”

The president’s comments come as the US endures a nearly 40-year record high of inflation, hitting 8.3% in April. As a result, gas prices have soared, reaching an average of $ 4,596 per gallon on Monday. Several states are seeing an average cost over $ 5, while California’s average cost of gas sits just above $ 6, according to AAA.

The Biden administration has repeatedly blamed Russian President Vladimir Putin’s invasion of Ukraine as a catalyst for the price hikes – as the US and several other Western countries have cut off Russian oil and gas imports.

“You know, because of Putin’s war, we’ve been sort of knocked off slightly, a little bit, because of the impact of the – impact of Russian oil on Europe,” Biden said Sunday during his remarks on Hyundai’s investments in Georgia while in Seoul, South Korea.

Despite the effort to cast blame, many Americans are not convinced.

A recent CBS News / YouGov poll found that 69% of voters believe the economy is “fairly bad” or “very bad” while 56% disapprove of the job Biden is doing as president.

Overall, the poll found that only 21% of adults believe the US is headed in the right direction.

Inflation and high prices remain a huge concern among Americans headed into the fall midterm elections.

Earlier this month, an ABC News / Washington Post survey found that more than nine in 10 Americans – 94% – say they are worried about spiking prices, while only 28% said they “approve” of how Biden is handling the economy.