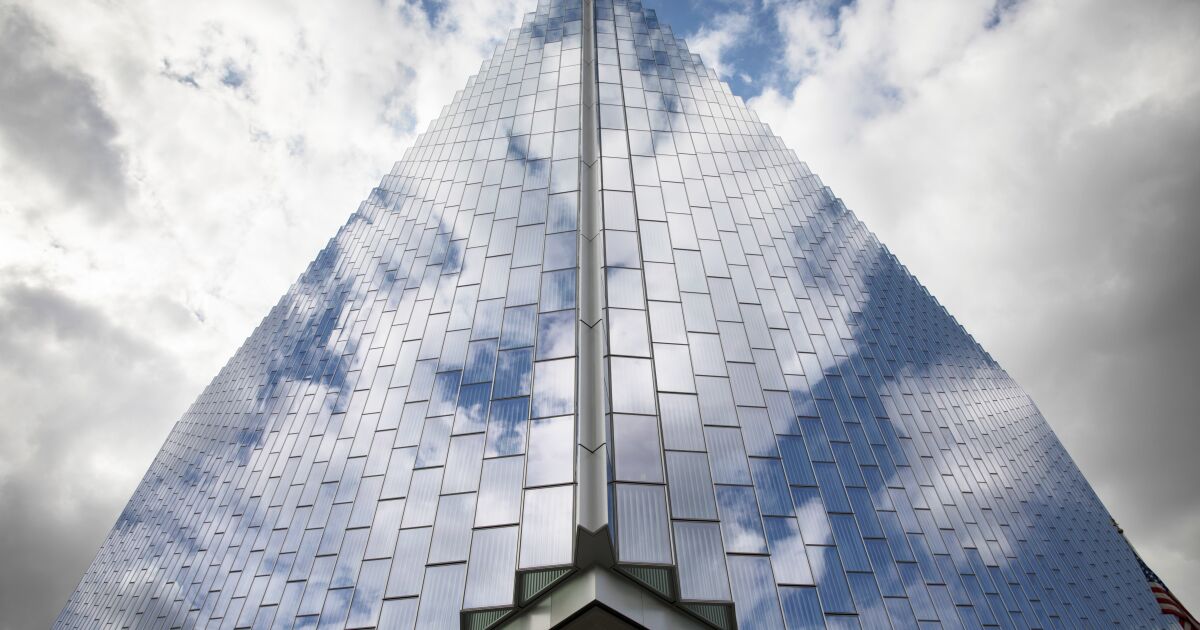 A Beverly Hills developer was sentenced Thursday to four years in prison for bribing a Los Angeles County official in what prosecutors described as one of the biggest corruption cases in L.A. history.

The developer also offered to buy the official, Thomas J. Shepos, a $1-million home in return for the county spending $45 million to lease office space at a Gabaee property in Hawthorne.

U.S. District Judge George H. Wu rejected the government’s request for a nine-year prison term but agreed to its recommendation of a $1.1-million fine that Gabaee must pay by the end of March. Wu called the case an example of “systemic” public corruption.

“There is so much of it going around,” the judge said.

The developer, who also goes by Gabay, told Wu that his payoffs to Shepos were “an isolated situation that I’m very, very ashamed of, and I’m very embarrassed about it.”

“I understand I did something wrong, and I beg for you for leniency,” he said.

Gabaee was co-founder and co-managing partner of the Charles Co., a development firm in Hollywood. He pleaded guilty in May to one count of bribery.

“This is one of the largest corruption cases in this district’s history,” Assistant U.S. Atty. Lindsey Greer Dotson told Wu as she argued Thursday for a harsher penalty.

Citing FBI wiretaps indicating potentially corrupt Gabaee dealings with other public officials, she said, “This was just a minuscule sampling of how this defendant does business.”

“I don’t know if I can go quite that far,” Wu responded.

From 2010 to 2017, Gabaee made monthly $1,000 payoffs to Shepos in return for county leases, attractive rental terms, nonpublic information and other benefits.

As a senior official in the county’s real estate division, Shepos negotiated leases between property owners and the county. The leases were subject to approval by the Board of Supervisors.

In December 2016, Shepos started cooperating with the FBI, which soon recorded him taking more bribes from Gabaee. Shepos pleaded guilty in 2018 to making false statements to the FBI about bribes and signing a false 2014 tax return.

Gabaee was recorded offering to buy Shepos a million-dollar house in Northern California wine country in return for a 10-year lease that would make L.A. County the anchor tenant of his Hawthorne Mall property.

Gabaee quickly moved to sell the property, saying the long-term $45-million lease from a reliable tenant made the property’s market value soar overnight from $17 million to $500 million, according to the government.

“His seven-year spree of monthly cash bribes, culminating in a massive million-dollar bribe, was not [born] of financial or emotional desperation — but immense, deliberate, and almost unfathomable greed,” Greer Dotson and Assistant U.S. Atty. Thomas F. Rybarczyk wrote in a memo to the court. “He had everything, and yet it was never enough.”

Several dozen Gabaee family members and friends attended the sentencing. A few of them sobbed loudly after Gabaee got four years in prison. About 150 supporters wrote letters to the judge seeking leniency for Gabaee, including some expressing gratitude for the developer’s gifts to charity, according Robert Shapiro, his attorney.

Shapiro called for 18 months in home confinement and no prison time for Gabaee. He urged Wu to give Gabaee credit for his rehabilitation of properties in impoverished sections of South L.A.

“Arman deeply regrets his foolish and self-destructive decision to make the illicit payments to Tom Shepos,” Shapiro and other Gabaee attorneys told Wu in a memo.

“His sincere hope is that the Court will weigh this mistake against his remarkable track record of investing in the inner city and providing first-rate properties for lease to the community as a whole.”