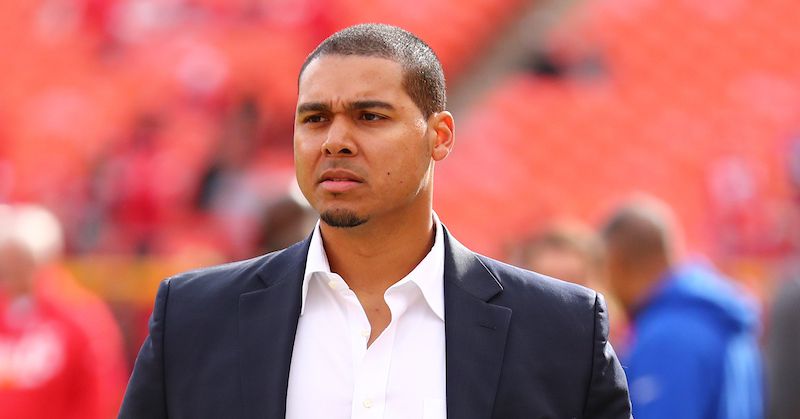 Tuesday wasn’t Ryan Poles’ first visit to Halas Hall. It will not be his last, either.

The Bears interviewed the Chiefs’ 36-year-old executive director of player personnel in person on Tuesday after talking to him virtually Friday. By midday, the Bears were finalizing a deal to make him their next general manager, sources confirmed.

Poles was in high demand for GM jobs – a finalist for the Panthers job last year, he conducted two interviews with the Giants before they chose Joe Schoen as their GM last week. He’s reached the final round of the Vikings’ GM search, too – he was scheduled to fly to Minneapolis for an in-person interview Wednesday.

Instead, the Bears got their man, less than 24 hours after chairman George McCaskey picked Poles up at O’Hare International Airport. McCaskey was captured on social media walking through baggage claim Monday night while wearing a Bears letterman’s jacket.

Poles has come a long way from his last extended trip to Halas Hall. A Boston College guard who tore his Achilles tendon during his senior season, Poles was signed by the Bears as an undrafted free agent in May 2008. The Bears cut him at the end of training camp.

About a month or so later, he was back at BC, working as a graduate assistant. Less than a year later, he joined the Chiefs organization, working his way up from a scouting assistant to college scouting coordinator, a job he held for six years. He was the team’s college scouting director for two years after that before, in May 2018, taking over as the team’s assistant player personnel director. In June, his title changed to executive director of player personnel.

While he was involved in the Chiefs’ college operation, the franchise drafted quarterback Patrick Mahomes and tight end Travis Kelce, who are each considered the league’s best player at their position. Other stars the Chiefs drafted during that span include defensive lineman Chris Jones, receiver Tyreek Hill, cornerback Marcus Peters and defensive tackle Dontari Poe. [Hill should not be held up as a scouting coup, though: many teams were uncomfortable drafting him after he was thrown off Oklahoma State’s team and pled guilty to abusing and choking his pregnant girlfriend.]

Poles’ first order of business is to hire a head coach. Jim Caldwell, the former Colts and Lions head coach, is at Halas Hall on Tuesday, ESPN reported. Caldwell first interviewed Jan. 15. He has ties to consultant Bill Polian through Tony Dungy, for whom Caldwell coached in Indianapolis.

Former Dolphins coach Brian Flores is also a Boston College alum. Colts defensive coordinator Matt Eberflus was also due for a second round of interviews.

In the 15 days since the Bears fired general manager Ryan Pace, they interviewed at least 13 candidates to take his place. Patriots executive Eliot Wolf and Titans player personnel director Monti Ossenfort were two other candidates who reportedly were set to conduct a second interview. Wolf is the son of former Packers architect Ron Wolf.