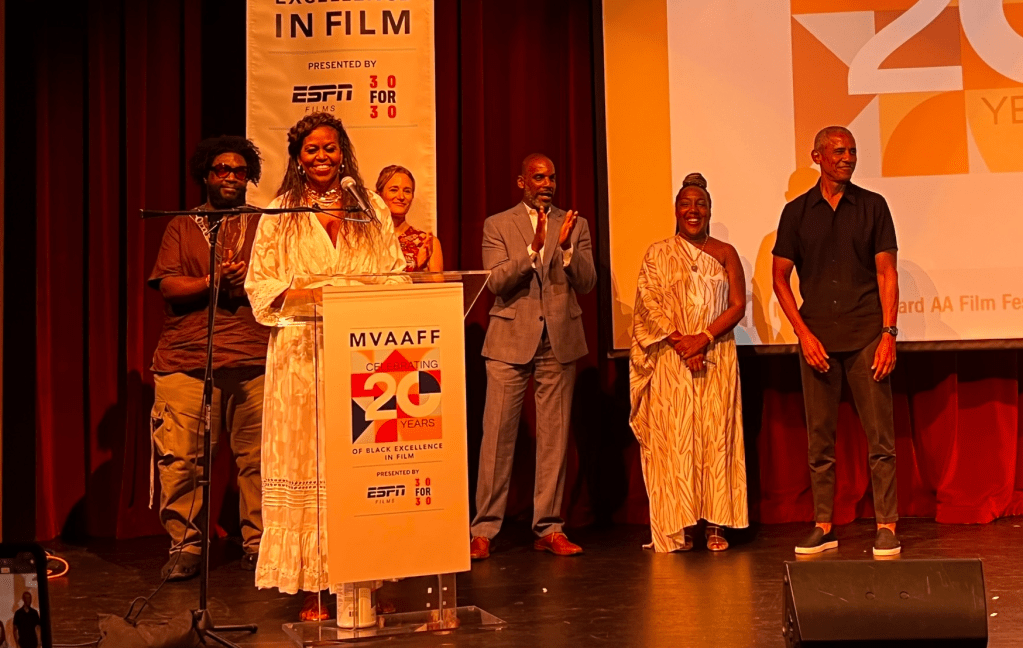 Directed by Margaret Brown, Descendantwhich premiered at the Sundance Film Festival, follows members of Africatown, a small community in Alabama, as they share their personal stories and community history as descendants of the Clotilda, the last known slave ship to illegally transport human beings as cargo from Africa to America.

When the film was initially introduced by festival founders Stephanie and Floyd Rance, they brought out the director, who introduced Oscar winner Ahmir “Questlove” Thompson. He spoke briefly before inviting his “friends” on stage. Those friends happened to be the Obamas who have a home in Martha’s Vineyard.

Michelle Obama first spoke about reaching out to your elders and listening to their stories and their heritage.

“We need to encourage our young people to reach out to our elders who are existing,” she said. “Instead of taking photos of your food, how about talking to grandma or great grandma and ask them some of those questions.”

She went on to talk about the documentary and what is important to American history. “The descentt reminds us of the power of the stories that we have.”

Next, President Obama spoke to the crowd about why it is essential that the descendants of the Clotilda and their stories are heard.

“This documentary captures an important chapter in our history—one that’s too often distorted, forgotten, or buried.” He then addressed the subject of the documentary, Africatown and why they aim to connect with their past.

“For the people of Africatown this represented a story of pain and extraordinary hardship, but also a story of strength, resilience, and overcoming.”

The descentt explores the implications of the Clotilda’s discovery for the descendants, who grapple with their heritage while claiming the power to shape their own destinies, won an American Jury Special Award for Creative Vision at Sundance.