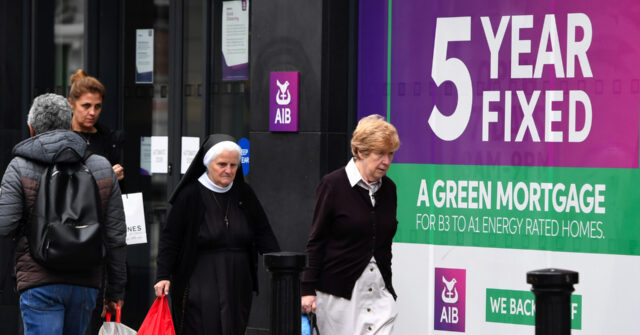 Banks are employing “sneaky tactics” to push towards a cashless society, a submission by a financial services union has claimed.

Ireland’s Financial Services Union (FSU) has accused banks in the country of employing “sneaky” “trojan horse” tactics in the service of doing away with physical cash in a document submitted to the Irish government.

While the FSU’s claims center around the actions of Irish banks, similar concerns have been raised in regards to the push towards a cashless society internationally, with the infamous World Economic Forum, in particular, pushing the transition.

According to a report on the document penned by the Irish Independentthe FSU accuses banks of intentionally understaffing branches, failing to repair cash ATMs within a reasonable timeframe, and not answering their own phones all in an attempt to push people online.

The group also claims that COVID-19 was used as an excuse by Irish financial institutions to reduce services and hours, despite many having failed to return to normality now the country has largely escaped lockdown.

“This is all to deny people cash and drive them online,” group General Secretary John O’Connell reportedly told the publication, with the union head, in particular, describing the pandemic period as being a “Trojan horse used to force people on to digital platforms”.

“The banks have used Covid and the transition from it to force people on to digital platforms, whether they want to or not,” he also said. “The lack of staffing… is chronic in banks for a reason. It creates long queues. It is the same as the phone lines.”

The group’s submission to the Irish government about the issue of banks pushing people into digital-only banking comes shortly after the public fended off an attempt by Allied Irish Bank (AIB), one of the country’s major players in the industry, to remove all cash services from 70 of its branches.

Having faced extreme public and political backlash on the issue, the AIB’s CEO eventually admitted that the organization had “got it wrong”, and had “moved far too far, far too fast.”

However, the shift towards a cashless society is not only something that has become a concern in Ireland, with the drive towards digital-only — something openly pushed for by the infamous World Economic Forum — recently gaining serious attention internationally.

For example, the UK government has announced that it will be implementing legislation protecting an individual’s access to physical cash as banks shutter branches across the country.

Such a reduction in access a report published in March claimed would leave millions in the country struggling, with ATM access in particular being very important in the budgeting process for many people.

“Millions of people across the UK still rely on cash, particularly those in vulnerable groups, and today we are delivering on our promise to ensure that access to cash is protected in communities across the country,” the country’s economic secretary, John Glen, said regarding the move back in May.

“I want to make sure that people are still able to use cash as part of their daily lives, and it’s crucial to ensure that no person nor community across the UK is left behind as we embrace a more digital world,” he continued.