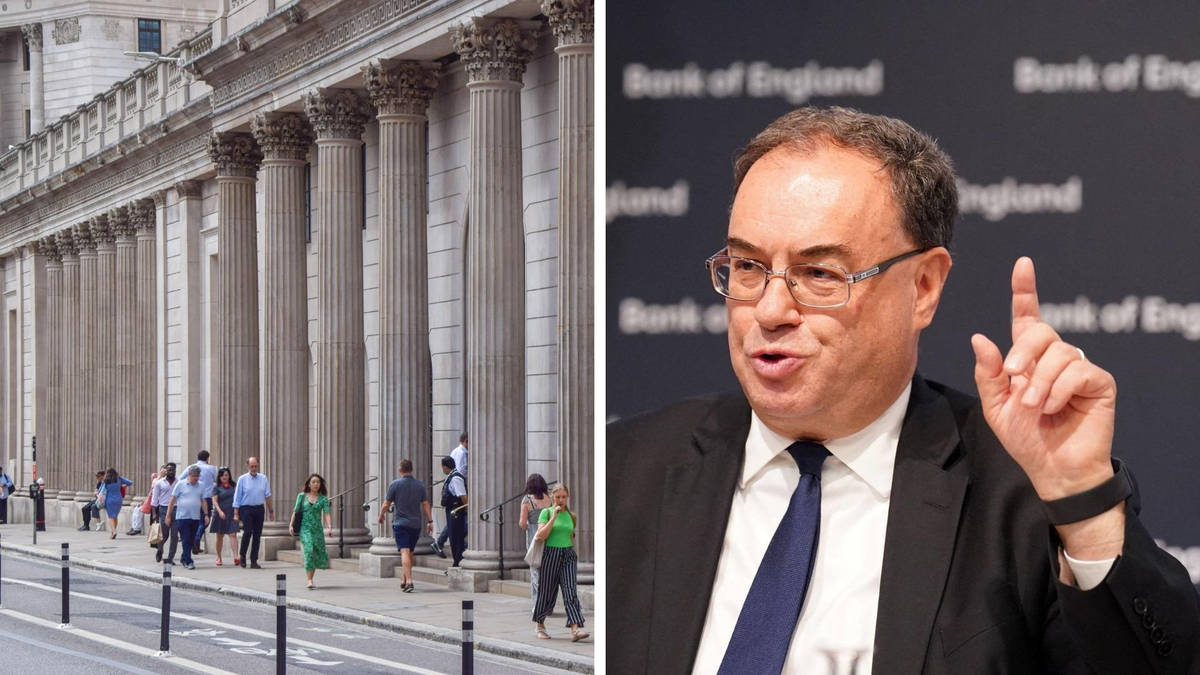 The Bank of England is set to raise interest rates by the highest level in 27 years, with economists warning that inflation could hit 15% this year.

The move is an attempt to curb skyrocketing inflation, which means people’s money goes less far.

Read more: Who will get the cost of living payment and do you need to apply?

Inflation could reach 15% this autumn, according to one think tank – significantly above the previous Bank of England prediction of 11%.

“The outlook for inflation is highly uncertain, largely driven by unpredictable gas prices, but changes over recent months suggest that the Bank of England is likely to forecast a higher and later peak for inflation – potentially up to 15% in early 2023,” said Jack Leslie, senior economist at the Resolution Foundation.

Read more: Cost of living crisis: Shop prices rise at the highest rate in more than a decade

“While market prices for some core goods – including oil, corn and wheat – have fallen since their peak earlier this year, these prices haven’t yet fed through into consumer costs and remain considerably higher than they were in January.”

Meanwhile, gas prices could be 50% higher this winter than they were before the Russian invasion of Ukraine, putting further pressure on people’s wallets.

And the energy cap rise will remain higher than £3,300 from October to at least the start of 2024, according to analysis from the consultancy Cornwall Insights.

Other figures set to come out of the Bank of England’s meeting on Thursday include its own inflation and gross domestic product (GDP) forecasts.

Read more: Bank of England hikes interest rates for a fifth time to 1.25%

Read more: Inflation rises to a fresh 40-year high of 9.4% as the cost of living crisis bites

It comes after the National Institute of Economic and Social Research (NIESR) predicted that the UK would slide into a recession this week.

The UK is “something of a laggard” behind other countries in boosting interest rates, according to another analyst. Three members of the committee voted to speed up rate hikes at the last meeting in June, although the Bank ended up raising rates to 1.25% from 1%.

Luke Bartholomew, a senior economist at asset manager Abrdn, said: “After a number of central banks across the world have picked up the pace of their tightening cycle, the Bank of England is starting to look like something of a laggard when it comes to raising rates.

“We expect this impression to be somewhat corrected next week with the Bank hiking interest rates by half a per cent.”

The chances of the 0.5% rate hike are 87%, according to Russ Mould, investment director at AJ Bell.

But the hike should not be taken for granted, other economists have warned.

Samuel Tombs and Gabriella Dickens, economists at Pantheon Macroeconomics, said: “The MPC’s interest rate decision next week is a very close call, but on balance we think the committee will stick to its slow and steady approach.

“The MPC began its tightening cycle earlier than the US Fed and the ECB (European Central Bank), leaving it with less need to rush now.

“We doubt the MPC will judge Bank Rate needs to rise as quickly as markets expect.”