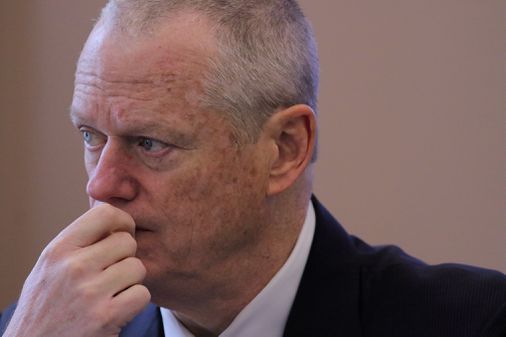 On Friday, a Labor Department official told the Globe that federal law prohibited the sweeping waiver Massachusetts had asked for. But the official, Michele Evermore, deputy director of policy at the Office of Unemployment Insurance Modernization, said in an interview the state could forgive one category of overpayments: PUA recipients who did not respond to requests for proof of previous employment.

The failure to provide a work history – a requirement set by Congress after the PUA program was well underway – was the most common reason unemployment claimants in Massachusetts were retroactively ruled ineligible for federal benefits, according to the DUA.

The waiver, however, will be limited to PUA payments made before March 23, 2021. That’s when the state notified recipients that they must substantiate their work history; subsequent benefits can still be waived, but only after the DUA takes a look at each case individually.

Evermore acknowledged that figuring out which overpayments can be dismissed and which can not be a complicated task.

Meanwhile, the DUA also will have to slog through a mountain of waiver requests for all other federal overpayments, while seeking to resolve about $ 375 million in overpaid state-funded benefits. The DUA said earlier this year that it had dropped on appeal or waived $ 1.8 billion in overpayments using its current procedures.

While the DUA administered the pandemic programs, the money was provided by Congress. Overpayments on state-funded unemployment claims were not part of the state’s request, which was made to the Labor Department in February.

Massachusetts’ bid for forgiveness on all non-fraudulent overpayments was a long-shot request, but Governor Charlie Baker had said he was hopeful that a deal could be reached with the Labor Department, which is headed by former Boston Mayor Marty Walsh.

The Labor Department determined that PUA recipients were not at fault for benefits paid before the DUA sent out requests for employment records, and requiring repayment would not be fair, Evermore said.

“Those people did not know that they were going to have to substantiate their employment,” she said.

But for benefits paid after the notification, Evermore said, “it was just difficult to make the case for someone who did not respond. . . Non-fault is a hard standard. ”

The Baker administration said it appreciated the “initial relief” provided by the Labor Department. The state is “reviewing the decision, and will have more to say soon about plans to provide further opportunities for relief for claimants with overpayment issues,” a spokesperson for the Executive Office of Labor and Workforce Development said.

Overpayment notifications surged after Congress passed new jobless relief legislation in December 2020. The bill included a requirement that state employment agencies like DUA obtain documented proof of prior employment from PUA recipients. Initially those people were able to self-certify their eligibility. PUA was created for self-employed and gig workers who aren’t covered by state unemployment.

More than 350,000 individuals have received $ 2.33 billion in overpayment notices, the DUA said in a report to the Legislature last month.

Many of them had returned to work and were no longer checking their DUA accounts for emails, the Globe has reported. The notices were sometimes confusing, especially to people with limited English skills, and the DUA’s service agents were often impossible to reach. Many people had long ago spent the money the state was now saying they owed.

According to its report, about 55,400 people with overpayments of state benefits and 7,800 PUA claimants have either fully or partially repaid the DUA, or are on a repayment plan. Recoveries total $ 183 million on federal benefits and $ 39 million from state unemployment.

Jon Chesto of the Globe staff contributed to this report.