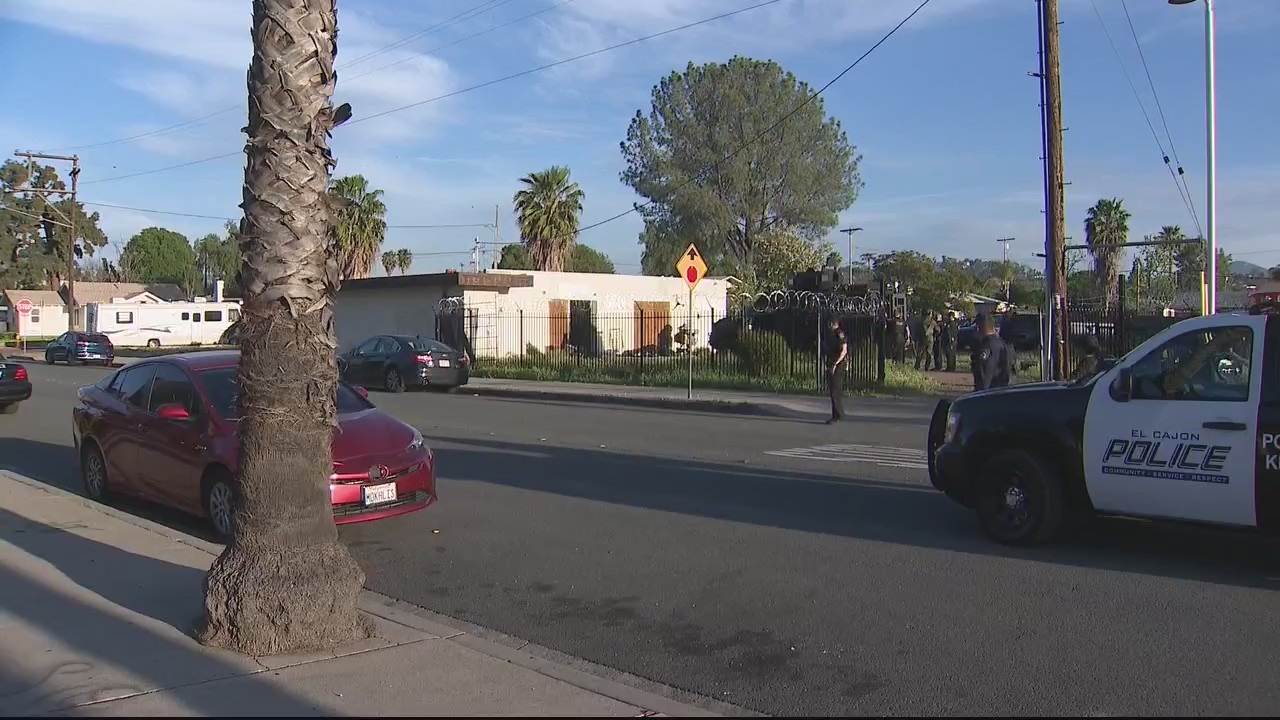 EL CAJON, Calif. – A bail bond agent was shot in the face Friday while responding to a warrant suspect inside a vacant building in El Cajon.

Jesse Nunez, with Fugitive Warrants, was the shooting victim, telling SIDEO.TV that he and his partner got a lead of a warrant suspect inside a vacant building at 333 West Lexington Street. SkyFOX was over the scene around 5:15 pm as police surrounded the building.

As the agent went inside the building to contact the warrant suspect, Nunez said he and his partner were encountered by a man who began to start a fight with them.

“At one point during the struggle we Tasered him several times, which were not effective.” Nunez said. “He pulled out a firearm during the course of the struggle and shot me once in the cheek, which exited the left ear.”

Nunez said he was released from the hospital several hours later.

Friday’s incident follows just over a year go when another partner of his was shot responding to call in Chula Vista.

El Cajon police initially closed the area of 300 West Lexington Ave, but the streets have since been cleared. Several units are still processing the vacant building.