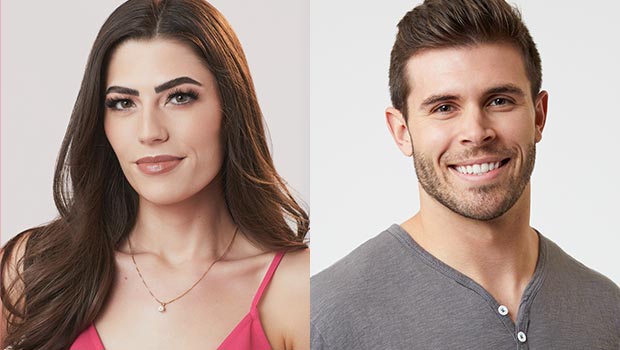 It’s been one day since The Bachelor contestants were released and there is already some tea! Bachelor hopeful, Victoria Jameson, 30, dropped the bombshell of her divorce in a new TikTok on Jan. 4. “Hard launch: I’m divorced. Tune into my second chance at love on The Bachelor,” she captioned the hilarious clip. In the post, Victoria could be seen showing off her official Bachelor contestant photo along with an audio snippet that poked fun at her divorce. “I just want to get one epic photo so my ex-husband knows that I’m having a better life without him,” the video sounded off before Shania Twain‘s “Man! I Feel Like A Woman,” played.

Many of the 30-year-old’s followers immediately flooded the comments section with their reactions to the post, already making Victoria popular ahead of the Season 27 premiere on Jan. 23. “Sound choice ON POINT,” one follower commented, to which Victoria replied, “I feel mean but like, it’s funny.” Another fan quipped how admirable it is for the divorcee to get back on the dating scene. “Ok but this is such a bada** way to get back out there. Wishing you all the best!!”, they penned.

Later, Victoria released another TikTok video about her divorce on Jan. 4. “It’s called coping. Tune into The Bachelor on ABC,” she captioned the post. The clip shows the Fort Worth, TX local sitting at her laptop ready to sign up for the hit reality TV dating show. “Deciding to date on reality TV fully knowing my ex husband and his entire family will see it,” the post read. Notably the audio was of a voice saying, “It’s so mean don’t do it… it’s the meanest thing you could do,” while Victoria happily clicked away.

Weeks before the premiere it seems that Victoria already has a fanbase, with many of her 969K followers commenting on this post as well. “I’m loving all this ex husband content,” one admirer wrote, to which Victoria hilariously replied, “My divorce made me funnier for sure.” A separate TikTok user quipped, “I think you’re my favorite already!”, with another adding, “I’m going to watch EVERY episode.”

This season, Victoria is one of 30 beautiful ladies competing for Zach Shallcross’ heart. The former Bachelorette contestant was announced as the Season 27 bachelor on Sept. 20, 2022. He is from Austin, Texas, so he and Victoria will likely already have tons in common! The brunette beauty is multi-talented, as she is not only a makeup artist but also a successful podcast host. Victoria has over 121K followers on Instagram (and counting) and will likely gain many more upon the show’s premiere in two weeks.