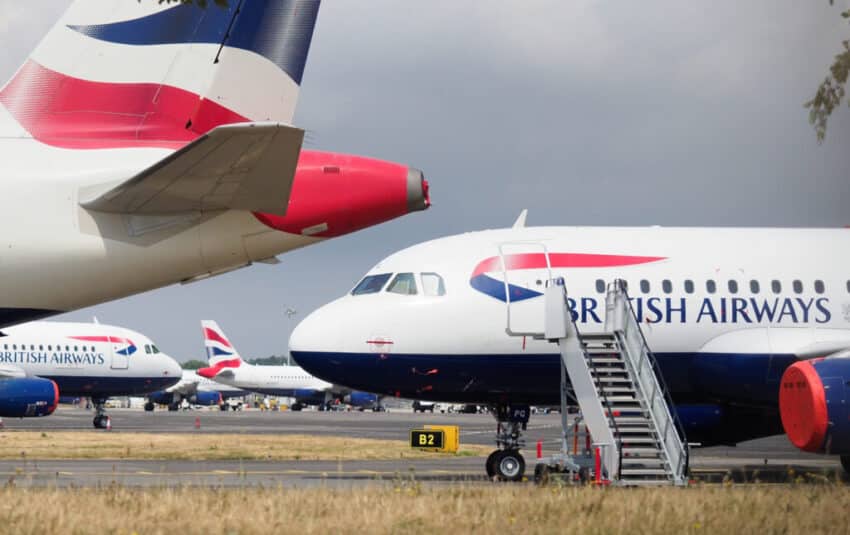 British Airways has canceled a further 10,300 flights which had been scheduled to depart from the start of August until the end of the summer schedule in October.

The airline has already canceled more than 1,000 flights due to take off in July in the last two weeks. In May it cut its summer flying program by 10 per cent. The cancellations today represent a further 13 per cent of flights.

It is understood that the airline made the decision today to take advantage of the government’s “slots amnesty”, which closes on Friday.

Under the amnesty, airlines are allowed to hand back without penalty take-off and landing spaces they are not confident they can operate for the rest of the summer season.

A spokesman for BA said: “The whole aviation industry continues to face significant challenges and we’s completely focused on building resilience into our operation to give customers the certainty they deserve.

“The government recently decided to give the whole industry slot alleviation to minimize potential disruption this summer. While taking further action is not where we wanted to be, it’s the right thing to do for our customers and our colleagues. This new flexibility means that we can further reduce our schedule and consolidate some of our quieter services so that we can protect as many of our holiday flights as possible.

“While most of our flights are unaffected and the majority of customers will get away as planned, we do not underestimate the impact this will have and we’re doing everything we can to get their travel plans back on track. We are in touch to apologize and offer rebooking options for new flights with us or another airline as soon as possible or issue a full refund. ”

Yesterday Robert Courts, the aviation minister, urged airlines to “take advantage” of the window, stressing that it is vital that passengers have as much notice of cancellations as possible.

A senior aviation source told media: “The sad reality is we are in for a summer of carnage. Thank goodness airlines are canceling some flights but it’s merely a sticking plaster.

“It’s going to be very, very, very messy when the schools break up in a couple of weeks. The only solace ministers can take is that this is a global issue. We are seeing problems in Oz, the US and Europe. ”

Members of the Unite union working for AFS Aviation, an aviation fuel services company, at Heathrow will walk out in an initial 72-hour strike from 5am on July 21, hitting the start of school holidays in England.

AFS provides refueling for more than 70 airlines at Heathrow including Virgin Atlantic, American Airlines, United Airlines, KLM, SAS, Air France, Emirates, Delta, Japan Airlines and Singapore Airlines. BA will not be affected by the strikes as it has a fueling arrangement with an alternative supplier.

Union bosses said the strike would cause “considerable disruption and delays” at the UK’s biggest airport with long delays predicted as aircraft will be made to wait for refuelling.