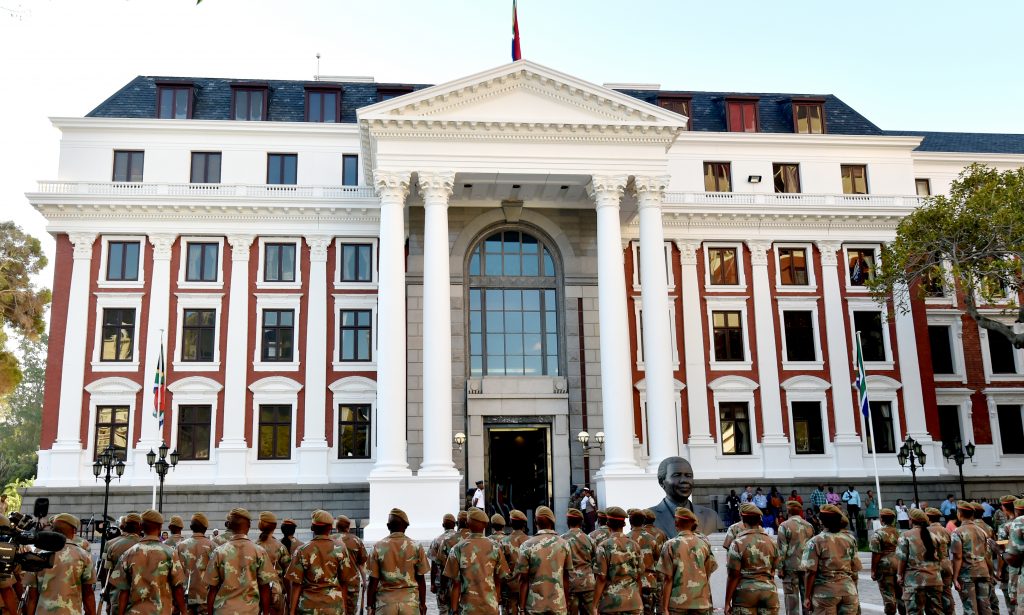 NZINGA QUNTA: My name is Nzinga Qunta and I’m standing in for Fifi Peters. The Broad-Based Black Economic Empowerment [B-BBEE] The Commission has released its national status and trends on the B-BBEE transformation report.

One of the main findings is – and I’m going to quote them directly here: “The 2021 average statistics indicate a decrease in black ownership and black female ownership. In general, the average growth of black woman ownership is lower than black ownership, indicating growing disparities.”

Let’s get a response and discuss this with the CEO of Busa [Business Unity South Africa], Cas Coovadia. A very good evening to you. Thanks so much for your time on the SAfm Market Update with Moneyweb. Just your thoughts on that report and the findings therein?

CAS COOVADIA: Well, I haven’t been through the entire report, but just from what I’ve read, obviously it’s concerning that we seem to have regressed.

But I think that we also need to look at the period which this report is covering. It [is] covering a period during which – just [think of] Covid and the vaccines – the economy [was] essentially in the doldrums and businesses [were] focusing on just keeping their heads above the parapet and managing their businesses as best they can under very, very trying circumstances.

So I think it would be useful to see what the impact of that has been on transformation and black economic empowerment, [which] is the first point I’d like to make.

The second point is that we’ve been sort of saying for quite some time that ownership is obviously a critical aspect of transformation, but we also need to look at some of the broader-based issues. And I think what’s needed is a discussion on what the critical elements are that we need to grow our economy to attract investment.

I would think things like skills, things like development of SMEs, things like getting black suppliers into corporate supply chains and so on are probably going to have a more positive impact on economic growth than only a concentration on ownership.

So I think that we need to look at the report in its entirety.

It is disappointing that ownership has gone down, but let’s look at the period to which the report pertains, and see if that has had an impact.

And then let’s I think not review black economic empowerment, but let’s actually have a discussion to look at what the economy needs and what investors need and concentrate on that, so that we are actually growing the cake that can then be divided or utilized for transformation across the various elements of transformation.

NZINGA QUNTA: When I was reading through the report, what seemed to be coming out of the B-BBEE Commission was a sense of frustration. One of the statistics that they listed was that JSE-listed entities reported R40 billion spent on skills development, while R1.3 billion was reported for bodies of state.

And then they said there was a lackluster response to reporting. For instance, 143 JSE-listed entities failed to submit their annual report [to] the commission, and the commission [was] saying that it was ‘unfortunate’, and data reporting is very underwhelming.

The commission seems to be frustrated in particular [with] the private sector in the amount of money that they put into skills and in the way that they’re reporting to the commission. So there seems to be a reticence [from] private companies to get on board with black economic empowerment decades later.

CAS COOVADIA: Yes. So I think, again, let’s look at if we want people to report, if we want companies to report, we need to make it as uncomplicated and simple as possible. We also need to look at what others do [do].

Again, I think let’s look at [whether it’s] simple racism. I, for one, don’t think so. But if there are racist practices, those must be clamped down on.

I know when I was at The Banking Association, for instance, and reporting against the Financial Sector Transformation Council, we went through hoops to actually fill those reports, to actually complete those reports – [which were] absolutely complicated in the way we actually calculated things and so on. I think we need to make that simpler. I think we need to make that less complex.

Then let’s look at transformation. It’s not a black issue. It’s a national issue for this country. If we don’t actually involve the majority of our people in the economy we are not growing our economy and, long term, we’re not doing business.

So it’s in the interest of all businesses to actually ensure that we have an inclusive economy.

Let’s on that basis just take a step back and say: ‘Okay, why isn’t this happening? What do we need to do? Do we need to make any changes to the legislation? Do we need to concentrate more on broad-based stuff?’

Let’s ask those questions and try to move forward on this together.

NZINGA QUNTA: Cas Coovadia, who is the CEO of Business Unity South Africa, joining us there to speak about that report and the challenges faced when it comes to reporting and transformation in South Africa, saying that our economy needs to be inclusive, which is one of the reasons for black economic empowerment, thanks so much for your time on the SAfm Market Update with Moneyweb.