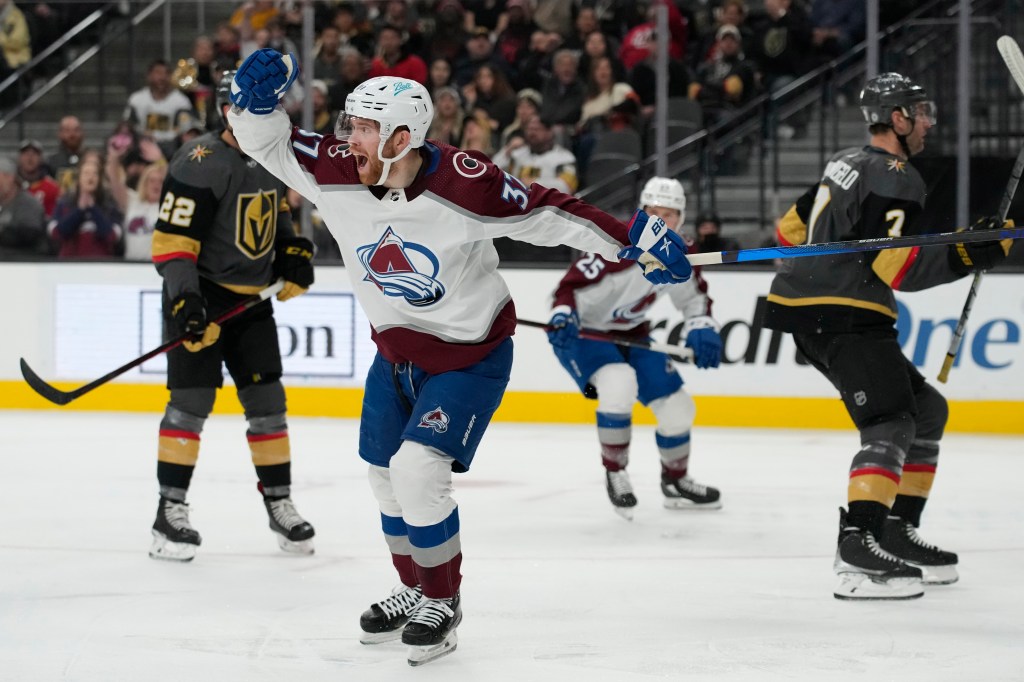 LAS VEGAS – Nathan MacKinnon scored in the third period to lift the Colorado Avalanche to a 3-2 victory over the Vegas Golden Knights on Saturday night.

The Avalanche overcame a 2-1 deficit by scoring two goals 26 seconds apart early in the third period, with JT Compher tying the game and MacKinnon burying the go-ahead goal in front of 18,333 in attendance.

After firing 14 shots on goal during Friday night’s 6-3 home win over Winnipeg, MacKinnon had zero shots until his game-winner, a one-timer just inside the blue line off a pass from Cale Makar.

Just prior to that, Compher tied it when he deflected Jack Johnson’s rip from the blue line.

Colorado has now scored a league-best 79 third-period goals and has 17 comeback wins this season, including nine in the third period.

Vegas lost for the second straight night after losing 3-1 in Arizona on Friday. The Golden Knights have lost three straight home games and are now 3-5-3 at T-Mobile Arena since the turn of the calendar to 2022.

Colorado leads the league with 82 points, while Vegas has dipped to third place in the Pacific Division

Stephenson got the Golden Knights on the board early when Jack Eichel sprung him for a breakaway after gathering a loose puck in Colorado’s offensive zone and sending it down the center of the ice. Stephenson raced in alone and beat Kuemper with a snap shot.

Seconds after Vegas killed off a hooking penalty on Keegan Kolesar, the Avalanche used precise puck movement in front of the net, culminating with Burakovsky sending the puck from below the right dot and off Brossoit’s left arm.

The Golden Knights answered when a forced turnover high in the zone resulted in an odd-man rush, with Reilly Smith feeding Marchessault for a one-timer to make it 2-1.