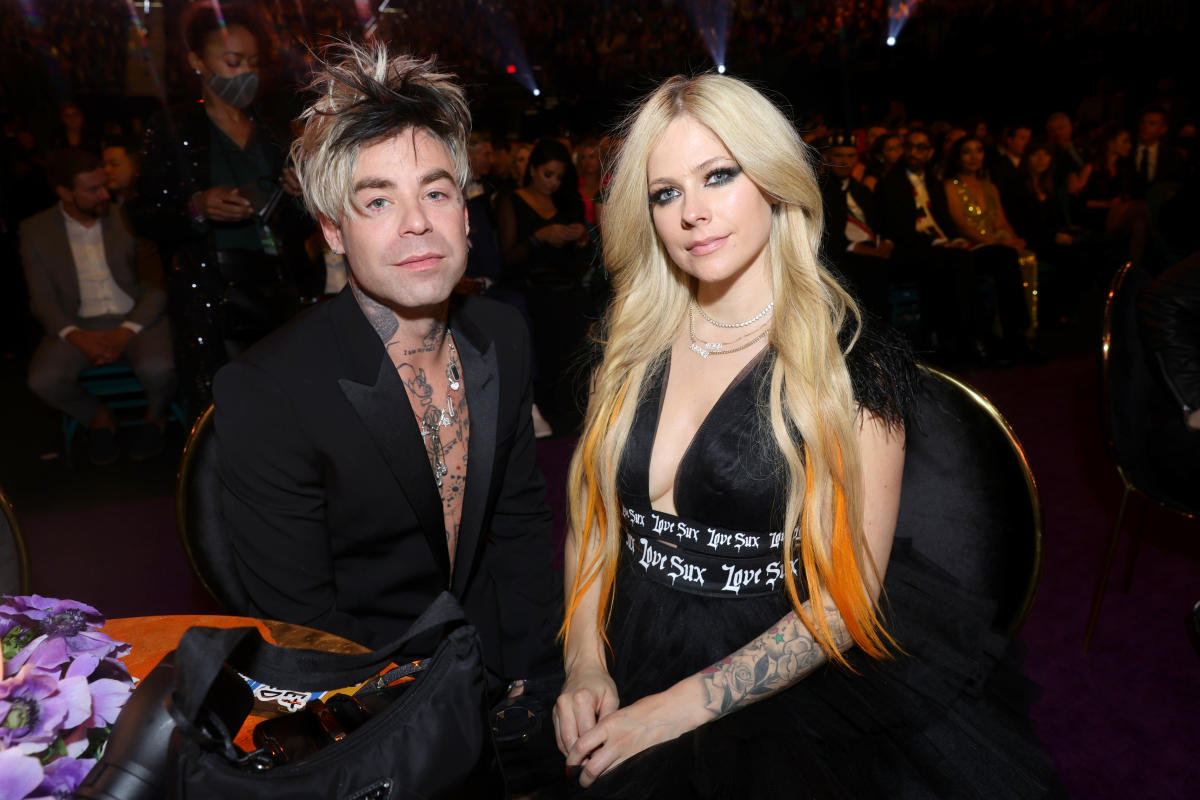 Avril Lavigne and Mod Sun are engaged! The “Love It When You Hate Me” singer announced the happy news on Thursday, revealing he popped the question on March 27 in Paris. They’ve been dating for over a year.

“Oui! Je t’aime pour toujours,” she wrote in French, which means, “Yes! I love you forever.”

The 37-year-old singer shared several photos from the happy occasion. It appears Mod Sun, whose real name is Derek Smith, popped the question on a boat on the Seine in front of the Eiffel Tower.

The singers hit the Grammys red carpet together on Sunday but did not reveal the engagement news. Lavigne, whose been married twice before, told E! on the red carpet she was “over” relationships before getting together with Mod Sun, which is why her new album is titled Love Sux.

“That’s how I was feeling when I started making this album. I was, like, over it. I was like, ‘I need a break from relationships, I’m gonna check out.’ That did not last very long, a couple days then I got myself a boyfriend, “she shared. “I was like, ‘I need my independence back, I need a hot minute.’ And then, like, two days later I fell in love. That’s how it goes for me. “

The “Sk8er Boi” songstress told E! of her past romances that “love’s hard” and “it never really ends well,” but she’s hopeful with her new relationship.