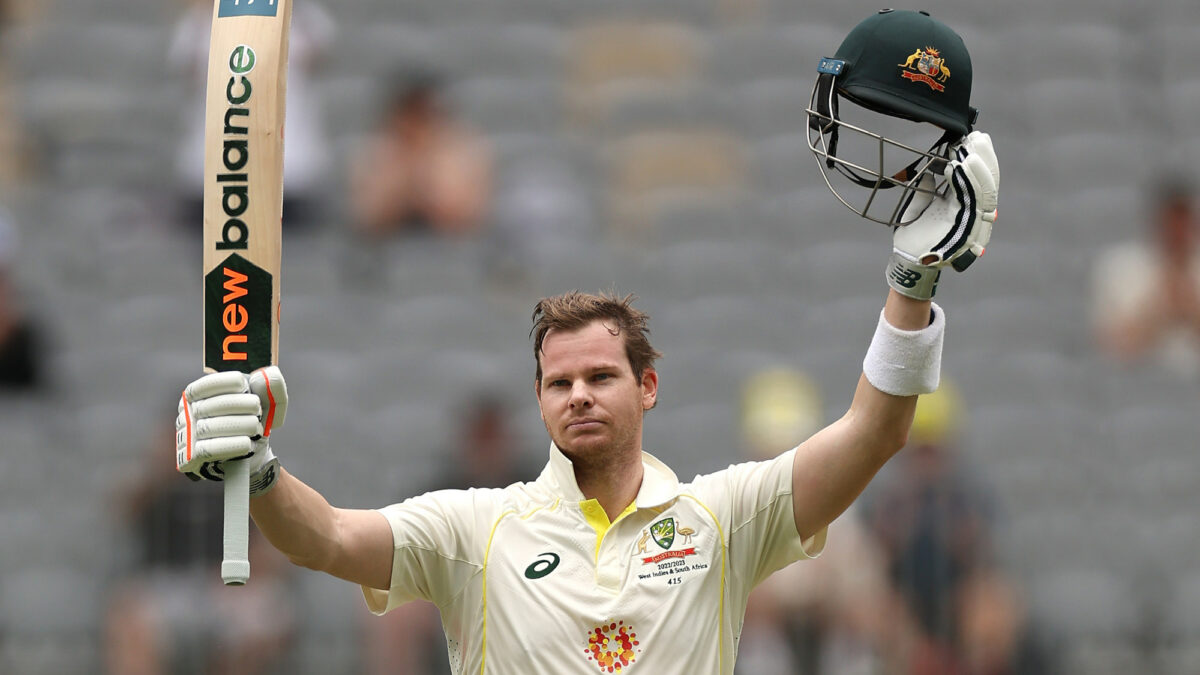 The biggest danger to Test cricket in this country is lifeless, flat tracks like the one currently being used at Optus Stadium.

The pitch may, and most likely will, break up at some point to give more of a chance to bowlers who have spent the past two days as glorified ball machines.

But it’s too late to save this Test, after 177.4 overs of mind-numbing tedium under the Western Australian sun. If a Test team can muster almost 600, let alone doing so with just four wickets lost, something has gone dreadfully wrong, because no international bowling attack is that ghastly.

What makes Test cricket captivating, what has enabled it to stand the test of time (pardon the pun) and still rank, in the minds of most if not all Australians, as the premier format of the sport, is the engrossing contest between bat and ball.

It’s something one-day cricket, and certainly not T20s, has only offered in fits and starts, and less and less with every passing year: the notion that a batter is doing well to merely survive, where scoring runs becomes a secondary consideration to protecting one’s wicket at all costs.

The contest between bat and ball is honestly of equal if not greater significance than the contest between teams: Scott Boland running through England on a seamer-friendly MCG surface last summer was thoroughly entertaining and engrossing despite the ineptitude of the batting on display.

But the ease with which Travis Head slapped, pulled, cut and did as he pleased against a beleaguered West Indies attack during the middle session on day 2, having followed Steve Smith and Marnus Labuschagne doing as they pleased for a day and a half was as far removed from a contest as we’ve seen in this country for many a year.

Aside from the odd Melbourne bore-fest, perhaps the last time we saw tedium on this scale was the summer of 2015/16, where Australia racked up leviathan scores against hapless New Zealand and Windies bowlers who never had a prayer; and in the case of the former, had the favour returned.

A similarly barren surface at the WACA seven years ago was enough for Mitchell Johnson, the meanest fast bowler of his generation, to hurtle into immediate retirement.

Australians’ love for Test cricket has always encouraged the development of batter-friendly surfaces, so as to ensure matches last the full five days. Particularly after a series of early finishes in the 2013/14 Ashes series – in no small part due to Mitchell Johnson’s reign of terror over the English batters – pitches for the next few years were designed with a mandate to last the distance.

The following summer, in 2014/15 against India, just one Test failed to go to a fifth day (the second Test at the Gabba, which went into the final session on Day 4). The year after featured that Johnson-destroying Perth debacle, as well as a swathe of other roads – Australia averaged more than 69 runs per wicket, rising to over 90 away from an Adelaide Oval pitch specifically designed to be bowler-friendly to cushion the pink ball for the first ever day-night Test.

Some years have been more engrossing than others – South Africa’s 2-1 series win over Australia in 2016/17 was a gripping contest throughout, with ball trumping bat on more than one occasion, while England’s abject batting in last summer’s Ashes made for regularly enthralling if one-sided cricket. 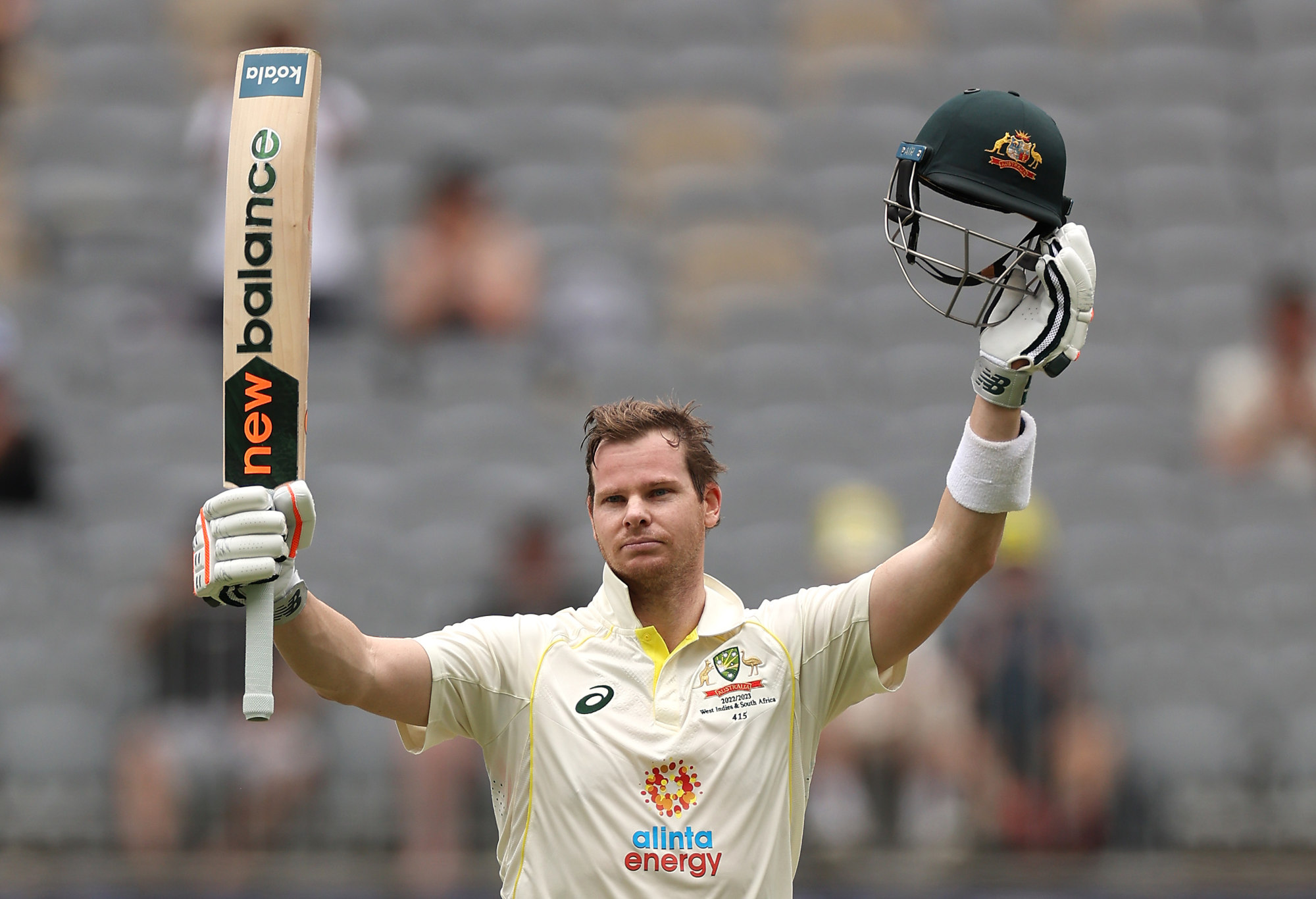 Forget the pre-match talk of a ‘green monster’ here at Optus Stadium; the only possible way that could apply is if the green monster was in fact Oscar the Grouch from Sesame Street, because its rightful place is in the bin.

The additional issue is that these surfaces do nothing to prepare Australia, and specifically our batters, for more challenging conditions away from home. Demolishing the Windies for a double-ton on a road isn’t going to help Marnus Labuschagne or Steve Smith in the slightest against the moving ball in England come July, or against Ravichandran Ashwin and Ravindra Jadeja on a Delhi dustbowl in just a few months’ time.

Steps were taken several years ago in the Sheffield Shield to enable just this level of preparation – spicier wickets and Duke balls have since combined to drastically lower average scores from where they were a decade ago. Just yesterday, Victoria were rolled for 209 at the MCG by NSW, while South Australia mustered 309 against Tasmania despite two centurions in Jake Weatherald and Nathan McSweeney.

Particularly given the quality of the opposition in the West Indies, the Perth curators simply needed to put more spice into the pitch. I wouldn’t have a clue where to begin in this regard, but while replicating the old, bouncy WACA tracks of old might be too much to hope for, there must at least be some way of preparing the surface to give the bowlers something to hope for.

Those extra millimetres of grass kept on the Optus Stadium surface to hold it together before being shorn off on match eve, for instance? Keep them on next time!

The issue with lifeless pitches in the here and now is that Australian cricket has seldom ever been in a more vulnerable place. Yet again, a paltry crowd turned out for the second day’s play in Perth, and it’s hard to see many more people heading along to see either a one-sided Australian victory or a dull draw, whichever result eventuates from here.

The football codes are intruding further into summer than ever before, the poor performance of the Big Bash League in recent seasons and the decline of ODIs and T20Is means the Australian Open now has an iron hold on January, and all this is coinciding with the Socceroos embarking on a World Cup run that might just kick the A-League, and with it the sleeping giant of Australian sport, to life as a competitor as well.

Put simply, it is now in Cricket Australia’s best interests to ensure that healthy, challenging batting surfaces are the norm for Tests in this country – particularly against weaker overseas nations – to prevent snooze-fests like this current ‘contest’.

Fellow southern hemisphere nations New Zealand and South Africa regularly produce entertaining, pacy surfaces – look as last summer’s spectacular series between the Proteas and India, or the frequent green-tops that make headlines across the Tasman whenever the Black Caps play at home.

CA can no longer rely on a captive audience to watch cricket, so it must needs find a way to make the product more compelling than it currently is.

The solution lies in the surface: make the game exciting, and watch the nation’s dormant cricket obsession begin to grow again.


My secret life as an 11-year-old BBS sysop