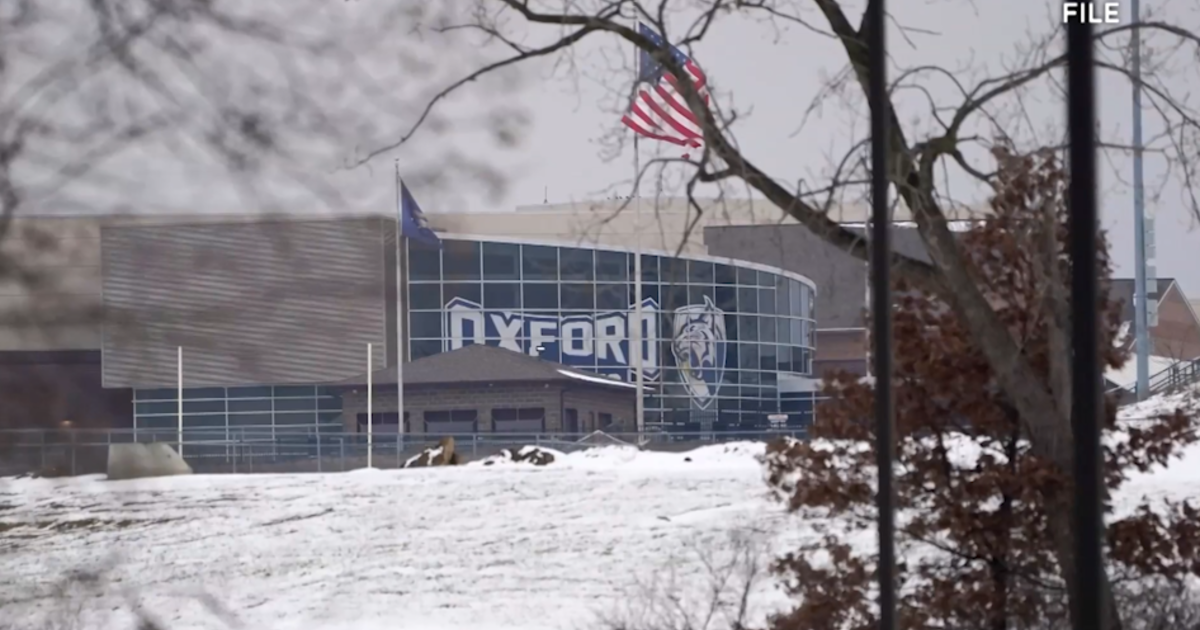 (CBS DETROIT) – New information details the months and days leading up to the deadly school shooting in Oxford, according to the attorney representing the victims’ families.

Attorney Ven Johnson is leading the lawsuit against the district. He’s accusing school officials of missing multiple red flags that he believes could have prevented the tragedy.

Johnson held a news conference on Thursday to discuss the findings. Watch the full conference below:

The email was on Nov. 29, which was the day before the suspected shooter killed four students at Oxford High School.

It’s also one of many emails between school officials Johnson said reveals how they missed multiple red flags not only on that day but also months before the shooting.

“He was calling out for help. He wanted to be caught,” said Johnson.

He said the sworn depositions and emails chronicle months of missteps by teachers and a school counselor.

According to Johnson, the first warning sign happened in August 2021 when Crumbley drew himself, a gun and a magazine. The gun isn’t shown in the drawing, but a teacher testified it was there.

Wed Sept. 8, Johnson said a teacher sent an email about more concerning behavior from Crumbley. It was when he said he felt terrible and that his family was a mistake.

According to Johnson, another red flag was on Nov. 10, when a teacher expressed in an email Crumbley was having a rough time.

Johnson said a counselor spoke with but sent him back to class. He goes on to say Crumbley was taken to the office one time after months of concerning signs.

It happened in a meeting with his parents on the morning of the shooting, but he was once again sent back to class despite one teacher noticing how heavy his backpack was.

“Ms. Morgan, apparently, according to Hopkins’ testimony, picked it up and he said it looked like nothing,” said Johnson. “She handed it to me and I went, Whoa! And made a comment out loud about how heavy the backpack was. Well, we know what’s in that backpack, gun magazines and his journal, the manifesto.”

The parents of Tate Myre, Keagan Gregory and Justin Schilling heard all of the information for the first time during the news conference. They believe it confirms what they already knew, which is lives could have been saved.

They’re hoping the school will be held accountable.

“These children should be with us here today. There’s no excuse. Anyone with any type of common sense could put the pieces together that something was very wrong. And I hope that everybody takes away from this. If you have anything to do with children , if you’re in any position of authority, if you see these signs, do something,” said Jill Soave, mother of Justin Schilling.

“At Oxford Community Schools, we are focused on providing all our students with a world-class education that prepares them for success while also providing for their safety and well-being. From Day One we have cooperated with the ongoing criminal investigation and will continue to do so. We are also fully cooperating with the civil litigation process and will continue to do so. I remain confident that the multiple investigations, lawsuits and the school board’s third-party review will bring all the facts to light and create the full transparency and accounting of events our community wants and deserves. In the meantime, we will not be responding to media about specific claims made by attorneys involved in the ongoing lawsuits. We remain focused on our mission of educating and supporting our kids.”

In July 2022, Ray Strickland joined the CBS Detroit News team as an MSJ after working in Baltimore, Maryland, for nearly three years. Ray was born in Akron, Ohio, aka the home of LeBron James (his all-time favorite player) and grew up as an avid Cleveland Browns fan.