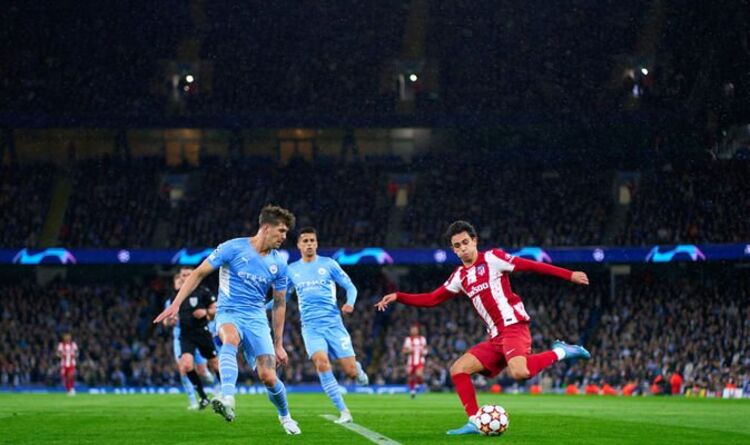 Atletico Madrid are under investigation by UEFA and face two charges following their Champions League defeat to Manchester City on Tuesday night. Madrid lost the first leg of their quarter-final showdown at the Etihad Stadium after Kevin de Bruyne scored the only goal of the game with 20 minutes remaining.

UEFA have since confirmed the La Liga giants could be charged with two offenses. A statement released on Friday read: “Disciplinary proceedings have been instigated in accordance with Article 55 of the UEFA Disciplinary Regulations (DR) following the UEFA Champions League quarter-final match between Manchester City FC and Club Atletico de Madrid (1-0) played on 5 April 2022 in England. “

The two charges against Atletico are for “discriminatory behavior” and the “throwing of objects,” with UEFA confirming that their control, ethics and disciplinary body “will decide on the matter in due course.”

Atletico arrived in Manchester intent on frustrating their opponents and scraping a draw ahead of next week’s second leg. And Diego Simeone’s team were content to defend with two banks of five players for large spells of the match as they failed to register a single shot throughout the match.

Atletico progressed to the Champions League quarter-finals after defeating Manchester United in the round of 16. But Simeone’s team, who lost to Liverpool twice in the group stages of the competition, have it all to do at Wanda Metropolitano on Wednesday night if they want to reach the last four.

City have never won the Champions League but reached the final last season, where they were stunned by Chelsea. And Pep Guardiola will be desperate to make amends for that defeat this season. The former midfielder won the competition twice as a manager during his time in charge of Barcelona. And he will be hoping he can finally bring European success to the blue half of Manchester in May.

Want the latest Premier League news as we publish it on Express Sport? Join our brand new Facebook group by clicking here