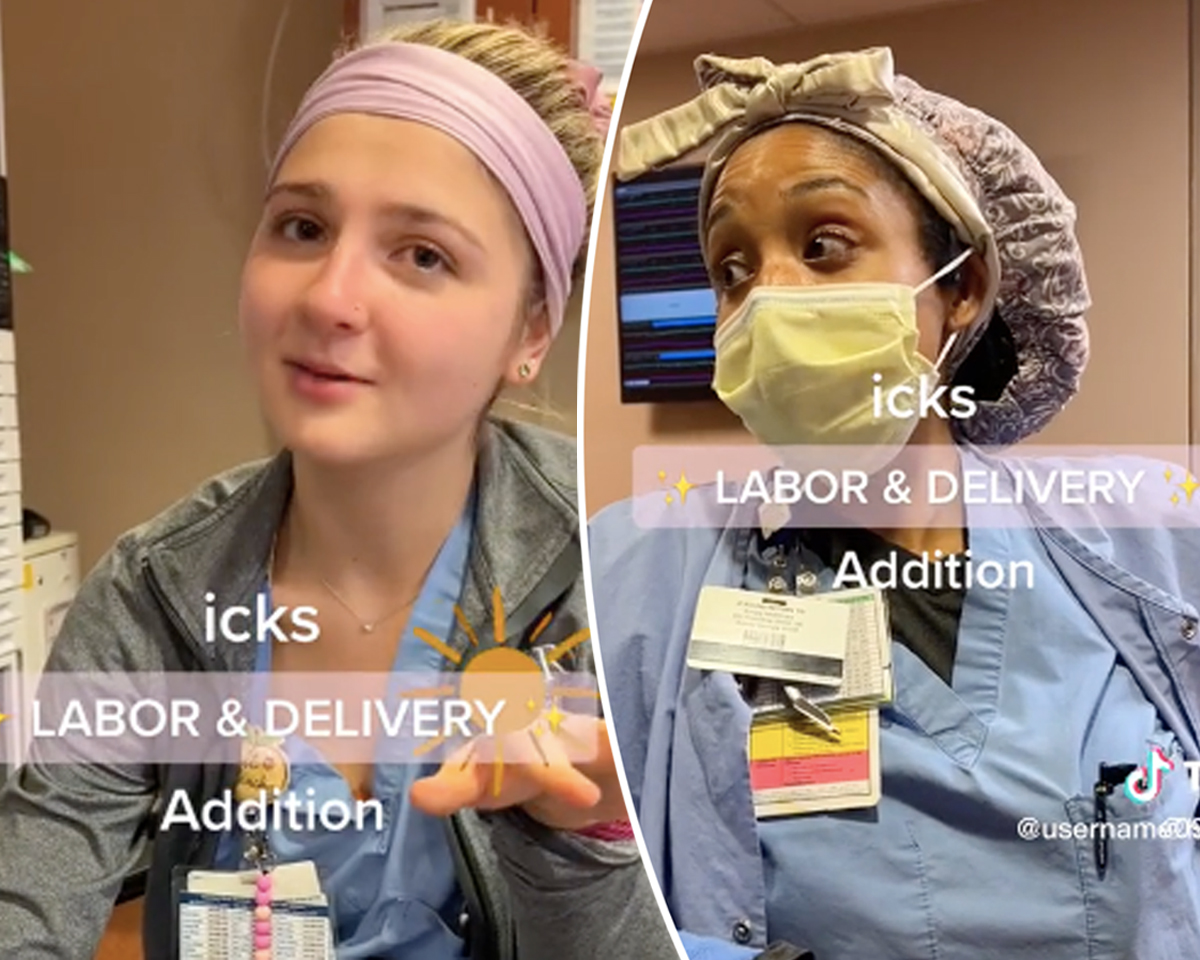 Several labor and delivery nurses at a hospital in Atlanta are facing backlash after mocking maternity patients’ behaviors on TikTok!

The viral video — which has since been removed from the platform but is still making rounds on social media — showed four nurses wearing Emory University scrubs participating in the popular trend where users share their “icks” about a person. It’s usually meant to describe why a TikToker decided to stop dating another someone, but these healthcare workers decided to give it a twist by stating things that annoy them about expecting moms and their families. One person said in the video, originally posted by @hanhinton:

“My ick is when you come in for your induction, talking about, ‘Can I take a shower and eat?’”

“My ick is when you ask me how much the baby weighs, and it’s still in your hands.”

A third person then noted her “ick” is “when the dad comes outside and asks for a paternity test right outside the room door.” Meanwhile, someone else said when the mom refuses to take pain medication “but you are at an eight out of 10 pain.” The third nurse later noted her frustration over family members stopping by the nurse’s station “every five minutes,” before adding:

“Another ick, when you’re going room to room between one baby mama and your other baby mama.”

Whoa… Ever since the video went viral, people have slammed the nurses on social media for their lack of empathy and unprofessionalism. See some of the Twitter reactions (below):

“That L&D nurses ‘icks’ video going around on TikTok…. my ‘ick’ is nurses who don’t understand that laboring mothers are often scared, in pain, and unsure about what’s happening to them, and the nurses just mock them instead of providing compassionate health care.”

“My ick is when I see nurses or providers who display these kinds of thoughts/feelings and make their patients feel unsafe and uncomfortable. Patients always know.”

“seeing the viral tiktok of the labor and delivery nurses talking about their “icks” when it comes to their birthing patients..gives me the ICK!!”

Amid the backlash, Emory Healthcare condemned the viral video on Instagram Friday, saying they have “taken appropriate actions” and noted that the nurses are now “former employees.” The statement read:

“We are aware of a TikTok video that included disrespectful and unprofessional comments about maternity patients at Emory University Hospital Midtown. We have investigated the situation and taken appropriate actions with the former employees responsible for the video. This video does not represent our commitment to patient- and family-centered care and falls short of the values and standards we expect every member of our team to hold and demonstrate.”

“At no time should our patients ever feel they are not being treated with care and respect. Every patient at Emory Healthcare deserves to be cared for by a compassionate, experienced team in a comfortable and safe environment.”

Thoughts on the situation, Perezcious readers? Do you believe the nurses should have been fired for the TikTok video? Sound OFF in the comments below!