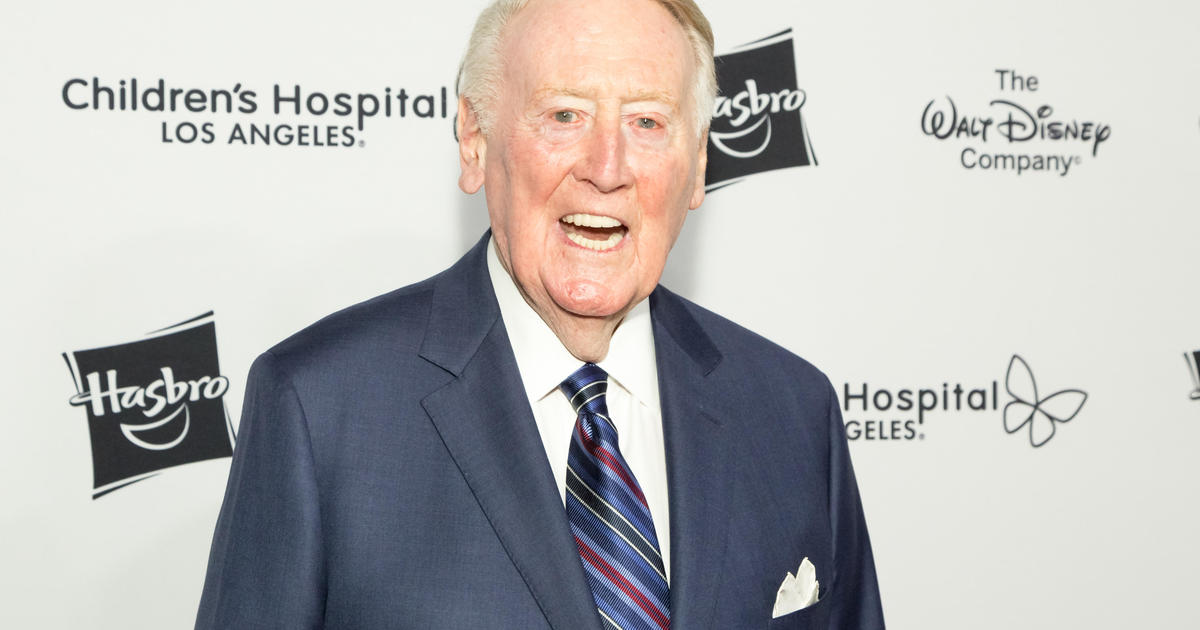 Athletes, sportscasters, and fans mourned the death of Vin Scully Tuesday night. The legendary broadcaster who was the voice of the Los Angeles Dodgers died at the age of 94.

The Dodgers team tweeted about the passing of Scully.

Mayor Eric Garcetti tweeted that Scully’s passing was the end of a chapter in LA’s history.

The official account for Major League Baseball posted a tribute to Scully.

Basketball legend, Magic Johnson, tweeted to the Dodger fan base about the passing of Scully.

The LA Chargers posted a tribute to Scully.

The LA Rams also paid respects to the sportscaster.

Jeff Passan, of ESPN, tweeted that Scully made baseball a more beautiful game.

The LA Fire Department posted a poetic tribute to the sportscaster.

Fellow broadcasters from the John and Ken Show tweeted that the Hall of Fame legend would be missed.

The Anaheim Ducks tweeted a tribute to Scully.

For more news and reactions to the death of legendary Dodgers broadcaster Vin Scully, click here.