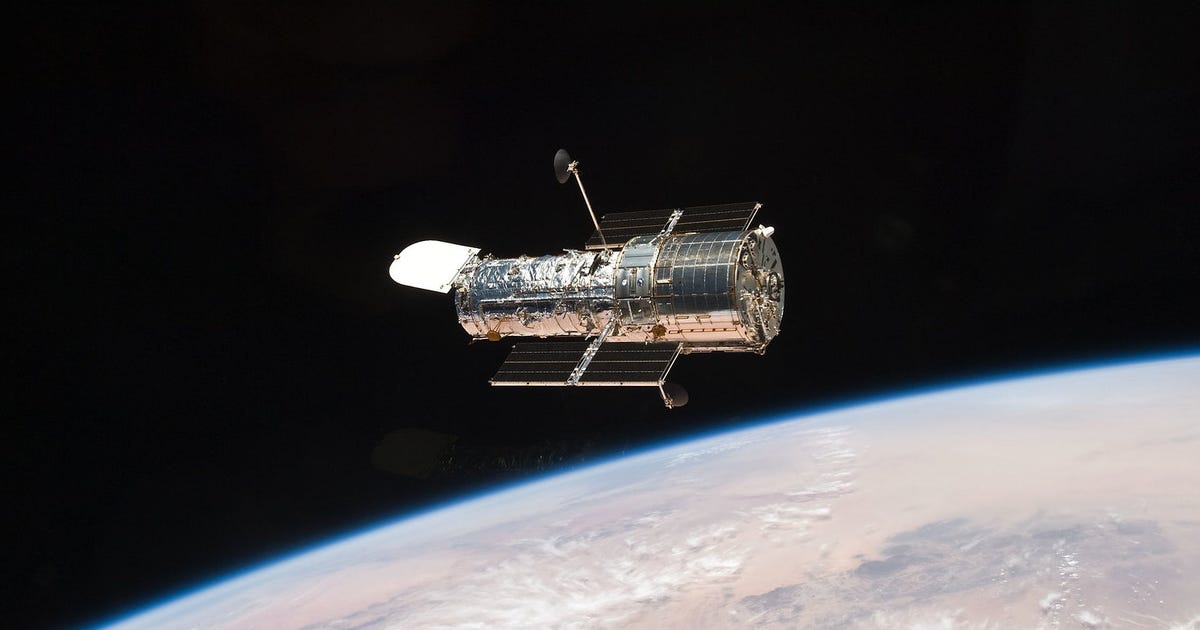 The deep darkness of space might not actually be so dark in our solar system.

Astronomers analyzed over 200,000 images from NASA’s Hubble Space Telescope, making tens of thousands of measurements to try to locate a residual background glow in the night sky. The project is called Skysurf, and it’s based at Arizona State University and involves researchers there and around the world.

The team harvested data from the images and then subtracted the glow from planets, stars, galaxies and even ethereal zodiacal light, which is light reflecting off dust within our solar system.

After accounting for all this there was still a tiny bit of leftover glow or “ghost light,” which the researchers describe as equivalent to the glow of 10 fireflies spread across the entire night sky.

“We think it is a local phenomenon that is not from far outside the solar system,” ASU researcher Tim Carleton explained in a statement Thursday. “It may be a new element to the contents of the solar system that has been hypothesized but not quantitatively measured until now.”

A leading explanation is that the glow comes from a previously unaccounted for sphere of dust left behind by countless comets traveling through the solar system from all directions.

The discovery is documented in a handful of studies. Two have been published in the Astronomical Journal and another in Astrophysical Journal Letters.

One of the studies was led by Rogier Windhorst from ASU, who points out that over 95 percent of the photons in Hubble’s images come from distances on our side of the universe, less than 3 billion light-years from Earth.

“Since Hubble’s very early days, most Hubble users have discarded these sky-photons, as they are interested in the faint discrete objects in Hubble’s images, such as stars and galaxies,” Windhorst said. “But these sky-photons contain important information which can be extracted thanks to Hubble’s unique ability to measure faint brightness levels to high precision over its three decades of lifetime.”

And within that information, Windhorst and others may have just located a completely new piece of ethereal architecture underlying our entire solar system. If you consider a faint but ubiquitous layer of dust to be architecture, that is.

Pardeep Narwal Is The First Raider In PKL History To Reach 1500 Raid Points.


Get two months of Apple TV+ free with ‘Emancipation’ promotion