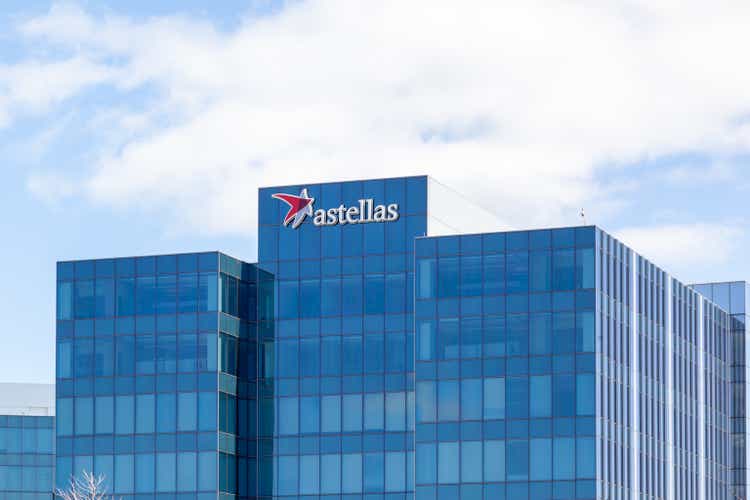 Astellas Pharma (OTCPK:ALPMF) (OTCPK:ALPMY) said its drug zolbetuximab, in combination with CAPOX, met the main goal of progression-free survival (PFS) in patients with gastric cancer in a phase 3 trial.

This was the second phase 3 trial success for zolbetuximab in gastric cancer after the study, dubbed SPOTLIGHT, met its main goal in November.

The study, dubbed GLOW, evaluated zolbetuximab in combination with CAPOX (a combination chemotherapy regimen of capecitabine and oxaliplatin), compared to placebo plus CAPOX as a first-line treatment for patients with CLDN18.2 positive, HER2- negative, locally advanced unresectable or metastatic gastric or gastroesophageal junction (GEJ) adenocarcinoma.

The Japanese drugmaker said the trial met its main goal showing statistical significance in PFS for patients treated with zolbetuximab plus CAPOX compared to placebo plus CAPOX.

PFS is the time during/after treatment that a patient lives with the disease without it getting worse.

In addition, the study met a secondary goal of overall survival (OS), showing statistical significance for patients on the zolbetuximab combo, compared to the placebo combo.

The most frequent treatment-emergent adverse events (TEAEs) were nausea and vomiting.

Astellas said results from the GLOW and SPOTLIGHT studies would be used for regulatory submissions in the U.S., Europe, Asia and other countries.

Zolbetuximab works by binding to CLDN18.2 on the cancer cell surface of gastric epithelial cells, according to the company.