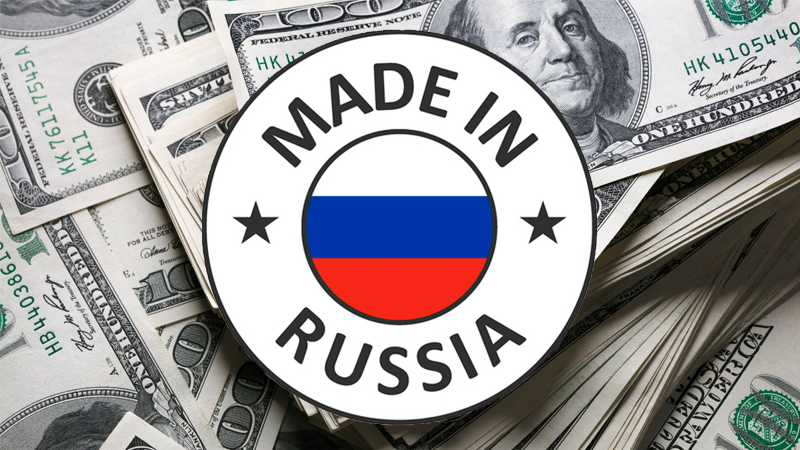 WASHINGTON – Russia’s invasion of Ukraine has sparked outrage in the west, even prompting a North Carolina state senator to call on the state’s ABC Board to ban Russian-made vodkas.

The terms vodka and Russia are nearly synonymous in the United States thanks to both stereotypes and some degree of truth with popular brands Stoli and Russian Standard hailing from the Eurasian nation.

But the proposed ban raises the question: What else is the US importing from Russia?

Stay on top of breaking news and weather with the FOX8 mobile app.

Comparatively, not a whole heck of a lot.

According to the Office of the United States Trade Representative, Russia was 20th on the list of the largest suppliers of goods to the US in 2019. In terms of dollars, we’re looking at $ 22.3 billion, which is nothing to scoff at.

However, when you look at the United States’ biggest trade partners — China, Mexico, Canada, Japan, and Germany — that $ 22.3 billion starts to sound like chump change.

Most of that $ 22.3 billion in imports from Russia won’t be things you’re likely to find at your local grocery store. Russia’s big export to the US is mineral fuels, estimated at $ 13 billion. Following that, the USTR lists precious metal and stone ($ 2.2 billion), iron and steel ($ 1.4 billion), fertilizers ($ 963 million) and inorganic chemicals ($ 763 million).

You’d be more likely to stumble upon some of Russia’s exported agricultural products.

Many of the Russian brands selling and operating in the US will not spark any lightbulbs for the average consumer, but there are a few you may recognize.

If you’ve ever heard the term “Fabergé” egg, that’s actually a brand name! Fabergé is a Russian jewelry company named for its founder, Gustav Fabergé. The concept of Fabergé eggs dates back to 1885 when the emperor commissioned the company to make a bejeweled Easter egg for his empress.

Other brands that may sound familiar include Kaspersky which makes antivirus software, Bosco Sport which produces clothing, Avtovaz which makes the vehicle Lada, and Aeroflot, better known as Russian Airlines.