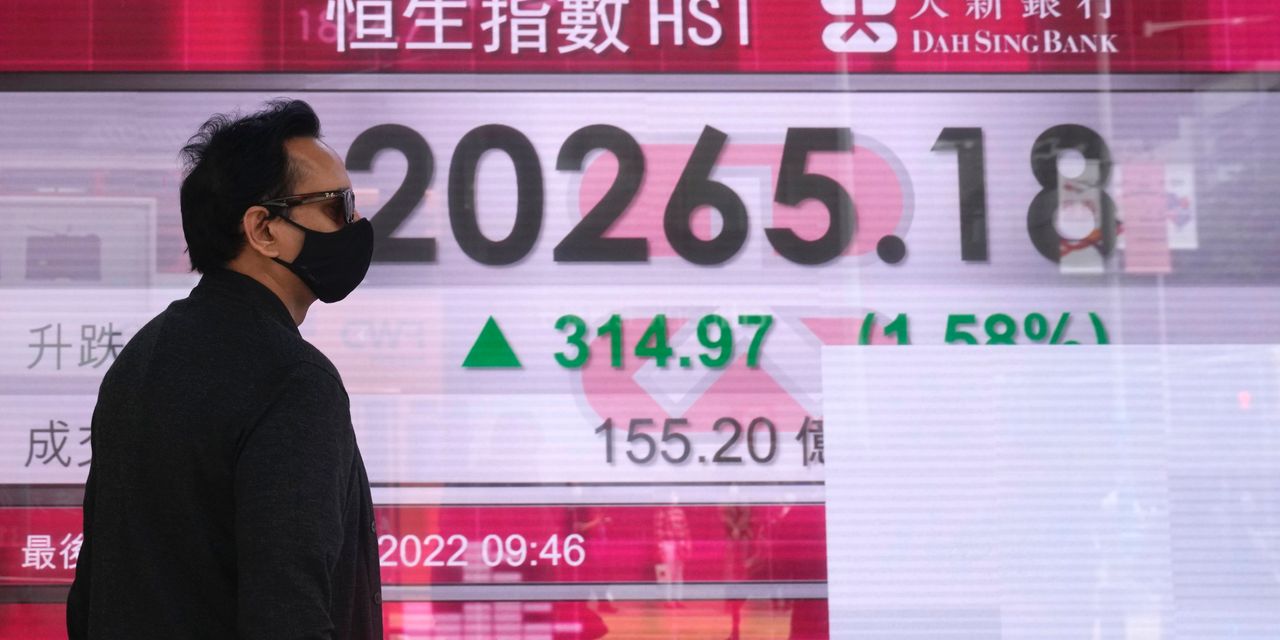 Shares advanced in Asia on Tuesday after another wobbly day on Wall Street extended a losing streak for markets.

Signs of progress in China’s effort to bring outbreaks of coronavirus under control appeared to be outweighing concern over weaker than expected Chinese economic data for April.

Investors are also watching for comments by Federal Reserve officials that might provide insight into the US economic outlook and future policy moves.

“Markets remain in fight or flight mode while rolling the dice on recession odds,” Stephen Innes of SPI Asset Management said in a report. He added that, “traders seem to be in the mood to stay bearish until proven otherwise. However, there is still a lingering risk- on tone despite horrific Chinese data. ”

Markets are trying to gauge how companies and consumers are dealing with higher prices and whether central banks can help ease the problem. On Wall Street, the major indexes have been slipping since early April.

The Federal Reserve is gradually pushing its benchmark short-term interest rate off its record low near zero, where it spent most of the pandemic. It also said it may continue to raise rates by double the usual amount at upcoming meetings. Investors are concerned that the central bank could cause a recession if it raises rates too high or too quickly.

Lingering supply chain problems continue to feed inflation, and China’s recent COVID-19 lockdowns have raised concerns that they may worsen. Russia’s war against Ukraine has made already high energy prices even more volatile, which could also draw out rising inflation.

shed 37 cents to $ 113.83 per barrel in electronic trading on the New York Mercantile Exchange. Brent crude BRNN22,
,
the pricing basis for international trading, lost 23 cents to $ 114.01 per barrel.

The Commerce Department is due to release its retail sales report for April later Tuesday. Home Depot and Walmart will report their latest financial results. Target will report its results on Wednesday.

In currency trading, the dollar USDJPY,