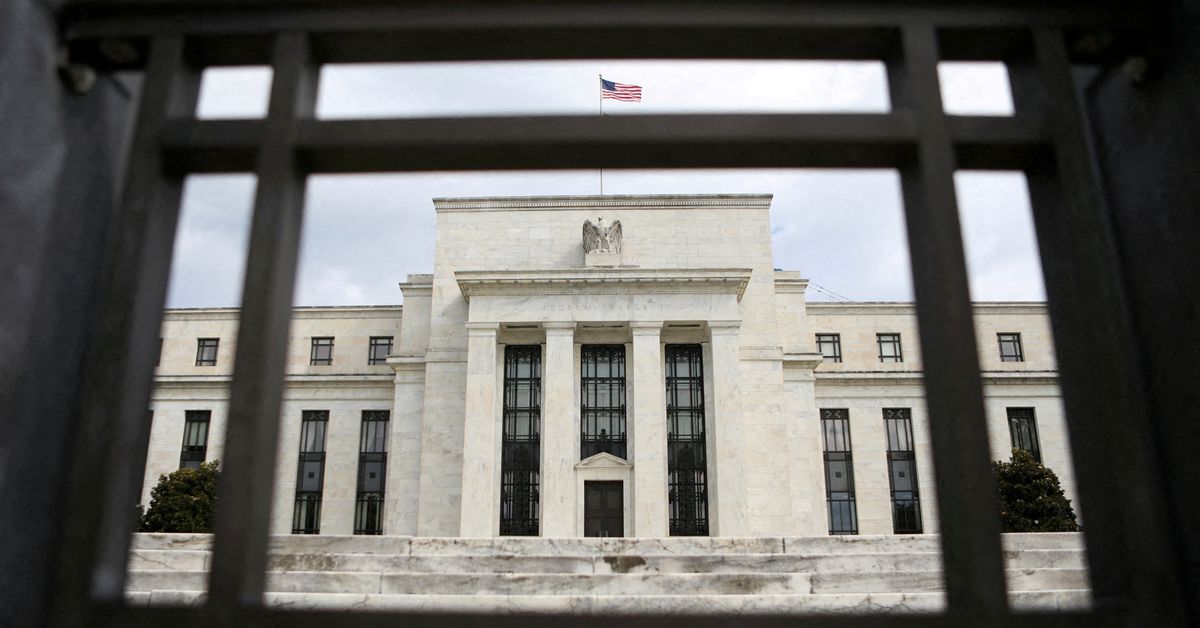 But that was the one prominent and anticipated adjustment across an economy that has met the US central bank’s most aggressive shift of monetary policy in a generation with a relative shrug.

Stock prices on major indices have surged more than 15% since June; companies added about half a million jobs in July; the premium that investors demand to hold the lowest-rated corporate debt, a proxy for risk sentiment generally, has been declining and “junk bond” issuance is growing after falling in July.

For a central bank whose influence on the economy runs through financial markets, it was evidence of potential struggles still to come.

“The Fed really is fighting a sentiment battle right now … trying to prepare markets to the idea that they have more wood to chop” in curbing an outbreak of inflation not seen in 40 years, said Andrew Patterson, senior international economist at Vanguard . “The market reaction is a bit premature.”

The Fed since March has delivered the stiffest set of interest rate increases in decades. Its policy rate had been set near zero since March of 2020 to battle the economic impact of the pandemic, but a surge in prices that began last year caused the central bank to reverse course in an effort to hold inflation to its 2% annual target.

The first hike – a 25-basis-point move – matched the standard increment in recent years, but that was scaled up to half a percentage point in May, and then to 75-basis-point increases in June and July. With a range now set between 2.25% and 2.50%, the federal funds rate already matches the peak reached in the last hiking cycle that ended in mid-2019, getting to that point in seven months this time versus 38 months then.

All in all, it’s the most furious tightening pace since the early 1980s.

Yet for over a month now a Chicago Fed index of 105 measures of credit, risk and leverage has been declining, the opposite of what would be expected in a world primed for central bank rate hike surprises and stricter borrowing conditions.

Markets tied to the Fed’s policy rate now see it peaking at between 3.50% and 3.75%, with cuts beginning by next July because of a possible recession or a collapse in inflation.

Either premise is risky, with both economic data and Fed officials’ language pointing to a more protracted struggle against inflation and an openness to allow at least a modest recession along the way.

If investors see a downturn, even a shallow one, as likely to trigger rate cuts, Fed officials aren’t making that promise.

“Whether we are technically in a recession or not doesn’t change my analysis,” Minneapolis Fed President Neel Kashkari said last week. “I’m focused on the inflation data” and the need to keep raising rates until it is squelched, said Kashkari, who issued a blunt “I-got-it-wrong-on-inflation” essay in May.

Recent weeks have delivered the first positive surprises on inflation after more than a year in which Fed officials saw prices soar with a persistence that caught them flat-footed.

Yet even with those first signals that inflation may have peaked, consumer prices still rose 8.5% on a year-on-year basis in July. Another inflation measure targeted by the Fed remains disconcertingly above the central bank’s 2% goal. read more

Other developments show the bulk of the Fed’s work may still lie ahead, something officials have been trying to hammer home.

The easing of financial conditions is itself a concern. If companies, banks and households do not respond as expected to the higher rates the Fed has already flagged, they may continue borrowing, lending and spending at levels that keep inflation elevated – and require the Fed to use even harsher medicine.

The gain of 528,000 jobs in July, meanwhile, coupled with strong wage increases and lagging productivity, shows companies are still racing to meet demand, even as the Fed says it intends to tamp down on demand to fight inflation. The ratio of job vacancies to unemployed workers remains historically lopsided at close to two to one, although it has fallen some in recent months.

There is disagreement about how far unemployment may need to rise to control inflation. Policymakers have laid out technical and qualitative arguments for why they may be able to beat inflation this time by only curbing “excess” demand for workers without a big rise in joblessness, and the drops in spending, demand, and price pressures that go along with it.

But Fed officials largely agree the current 3.5% unemployment rate is beyond the level consistent with full employment and will likely rise.

An unaddressed issue is how much unemployment Fed policymakers would tolerate to quash each additional increment of inflation, and whether there’s a red line for joblessness they would not cross.

That may be next year’s battle.

Fed officials often note the economy is slow to adjust to changes in monetary policy, which, quoting American economist Milton Friedman, they say operates with “long and variable lags.”

Whether that will be enough to lower inflation is unclear, but by some reckoning there is a long road ahead.

David Beckworth, an economist and senior research fellow at George Mason University’s Mercatus Center, estimates the Fed has to wring out about $1 trillion in excess spending. If it wants to do that without a sharp recession, that means keeping the pressure on credit markets into 2024, a longer horizon than many in US markets expect.

“It’s a huge distance to close,” Beckworth said. “We had one month of a slight turn downward in the inflation number … If you want to get down to 2% in a stable way that does not generate mass unemployment, it has got to be a long process.”

Covers the US Federal Reserve, monetary policy and the economy, a graduate of the University of Maryland and Johns Hopkins University with previous experience as a foreign correspondent, economics reporter and on the local staff of the Washington Post.