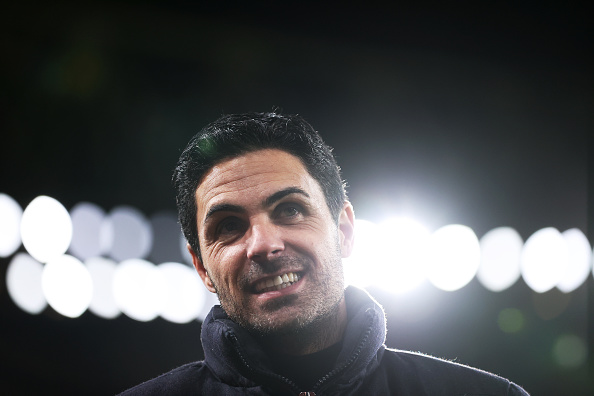 Arsenal have had three Premier League outings since terminating the Gabon international’s contract at the Emirates Stadium.

And Mikel Arteta’s outfit have won all three.

Aubameyang left the Gunners on a free transfer before joining Barcelona during the January transfer window.

The 32-year-old was exiled by Arsenal manager Arteta following a disciplinary issue which resulted in him being stripped of the captaincy in December.

However, Gabriel Magalhaes has revealed that nobody in the Gunners’ squad had any personal problem with Aubameyang, adding that the rift was limited to the player and Arteta.

He told the Oh My Goal podcast: “Aubameyang is in my heart, we all wanted him at Arsenal. It’s something that happened between him and the coaching staff, the other players were not in it. I said goodbye to him before he left, I hope he enjoys Barcelona, ​​he is a very nice person with a big heart and I love him very much. ”

Aubameyang is also loving life away from Arsenal.

We know this because the former Borussia Dortmund hitman has scored only one less goal than the North Londoners have managed since his departure.

Last Sunday, he netted a hat-trick in the 4-2 victory away to Valencia, before also finding the net against Napoli in midweek.

So far, Aubameyang leaving Arsenal is working out extremely well for both parties.

But the Premier League outfit are struggling for goals, with all three of their victories in the post-Aubameyang era being by a solitary goal, and the lack of a natural finisher could catch up on Arteta’s troops eventually.

In other news, Report: Newcastle have offered Tottenham target a contract worth more than £ 83,000-a-week