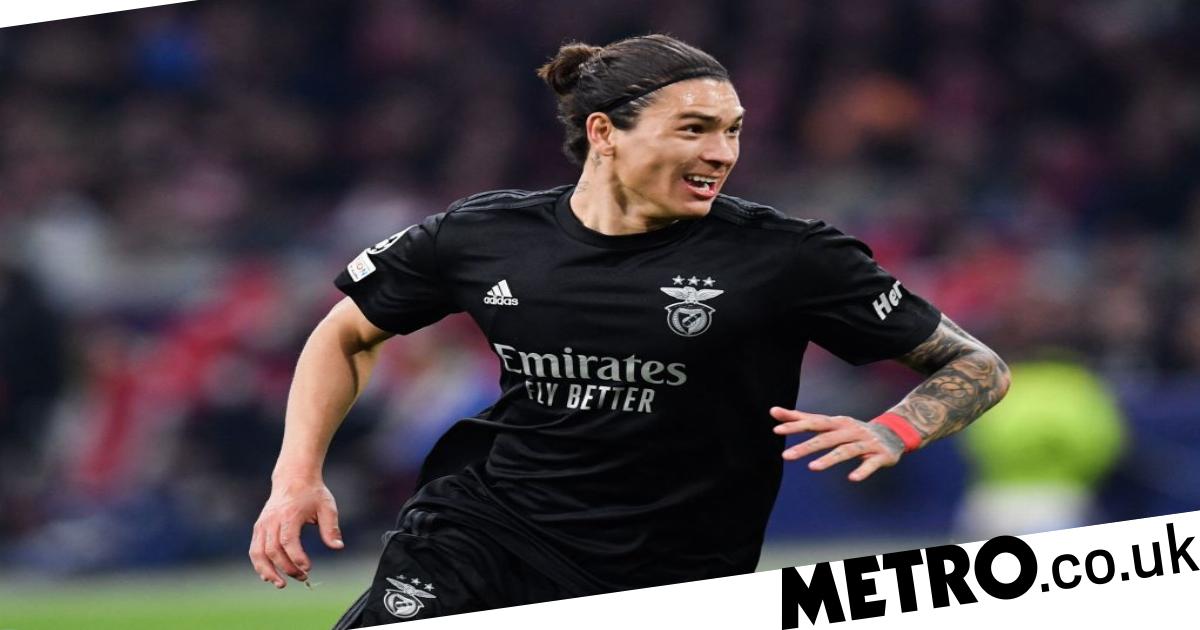 Darwin Nunez has confirmed that he is changing agents, fuelling speculation that the striker will leave Benfica this summer with Arsenal and Manchester United possible destinations.

The 22-year-old has been linked with a move away for some time now and was close to joining West Ham United in January, only for Benfica to turn down a € 45million bid from the Irons on deadline day.

A host of other Premier League clubs have shown an interest in acquiring the Uruguay international including Arsenal, Manchester United, Newcastle United and Brighton and Hove Albion, but Atletico Madrid are the current favorites to land his signature.

However, news surrounding any potential deal has been quiet of late, with clubs seemingly unwilling to match Benfica’s £ 60 million valuation of the player who has scored 28 goals in 35 games this season.

But on Thursday, in a post on Twitter, Nunez announced: ‘I want to clarify that I will not renew my contract with my representative Edgardo Lasalvia,’ while journalist Fabrizio Romano also added, ‘He [Nunez] is going to sign with a new representative close to Jorge Mendes. ‘

Such news usually signifies that a transfer is imminent, and his choice of agent will no doubt delight Red Devils fans as Mendes is the man who represents Cristiano Ronaldo and helped oversee the forward’s first transfer to Old Trafford in 2003, as well as those of fellow Portuguese and United stars Nani and Anderson.

United are looking at new attacking options, with Edinson Cavani set to leave and the futures of Anthony Martial and Marcus Rashford still unclear, while the Gunners are desperate for a new No.9 in the summer following the departure of Pierre-Emerick Aubameyang and the uncertainty surrounding the expiring contracts of Alexandre Lacazette and Eddie Nketiah.

Of course, both clubs will have to wait until the end of the season before making their move, with Champions League qualification yet to be sealed and, in United’s case, a new manager yet to be confirmed.