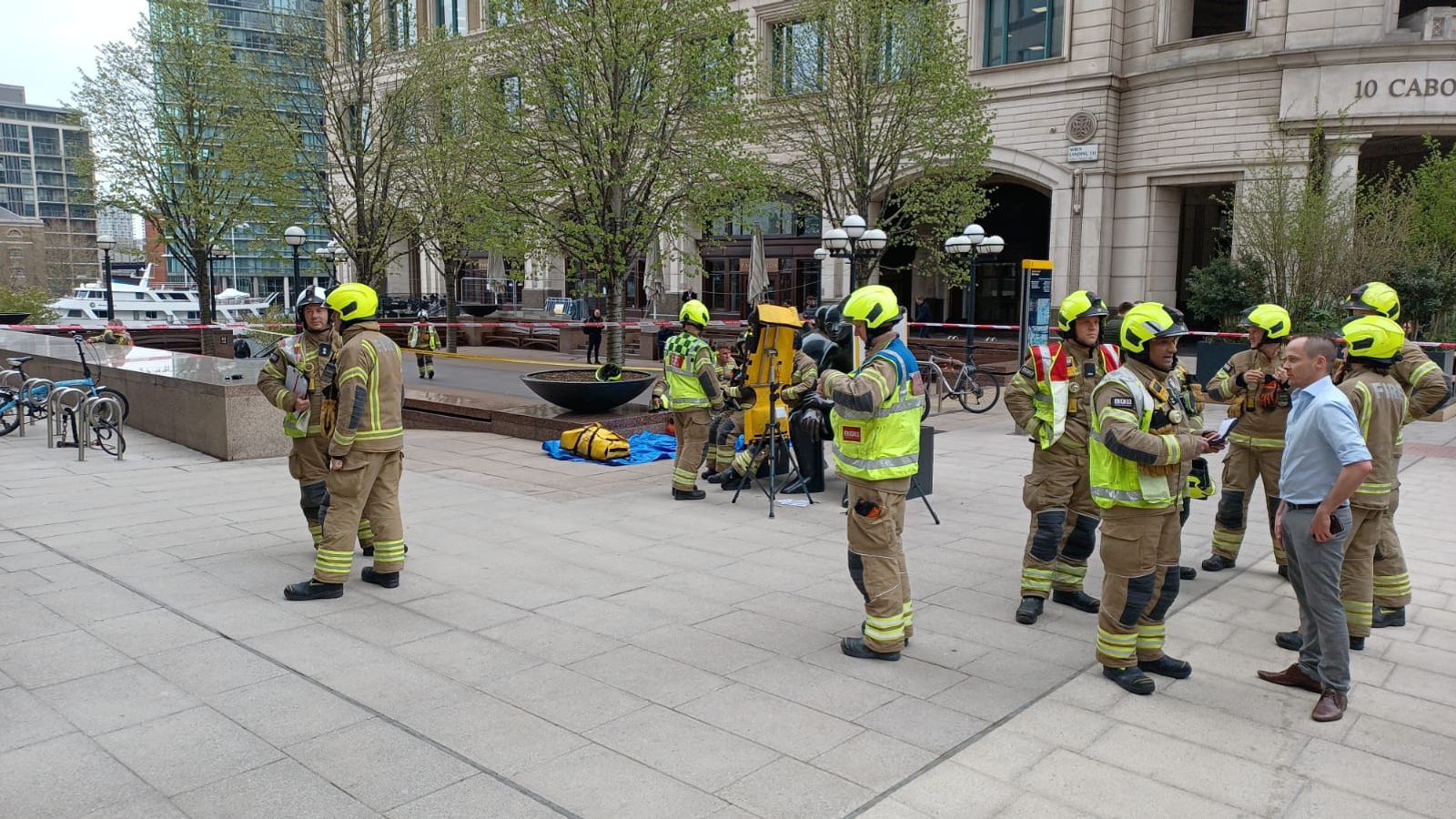 Around 900 people have been evacuated from a London health club due to a “chemical incident”.

Two people have been treated by paramedics on the scene at the Credit Suisse building, in Cabot Square, in the financial district of Canary Wharf. They were not taken to hospital.

The building is home to a Nuffield Health fitness and wellbeing gym.

Firefighters arrived at the scene in the east of the capital just after 9am after the “smell of chemicals” was reported.

They found that a “mix of chemicals has caused high levels of fumes and vapor” in the building, London Fire Brigade said.

Station Commander Dave Hill, who is at the site, said: “Crews have carried out a sweep of the building and found elevated readings.”

He added that the building has been ventilated and fume levels are being monitored by crews.

People have been evacuated from the building as a “precaution”, he said.

A London Ambulance Service spokesperson said: “We sent an ambulance crew, an incident response officer, and our Hazardous Area Response Team (HART) to the scene.

“Our crews worked closely at the scene with colleagues from other emergency services. Our medics treated two patients at the scene, who have not been taken to hospital. We have now been stood down.”

Sky News understands Credit Suisse staff have been allowed to return to their offices and the situation is now under control.

Second evacuation in London in less than a month

This marks the second evacuation in the capital in less than a month.

On March 23, people were forced to leave the Queen Elizabeth Olympic Park Aquatics Center in Stratford due to a chlorine gas leak.

Around 200 people were evacuated from the building and 29 were taken to hospital, including seven children.

Emergency services responded to a “major incident” at the Stratford site and treated a number of people experiencing breathing difficulties at the scene.

People could be seen being placed into ambulances while others were wrapped in blankets.

Chlorine gas can cause eye irritation and breathing problems if it is released into the air.