Are The Yankees 2023 World Series Favorites? 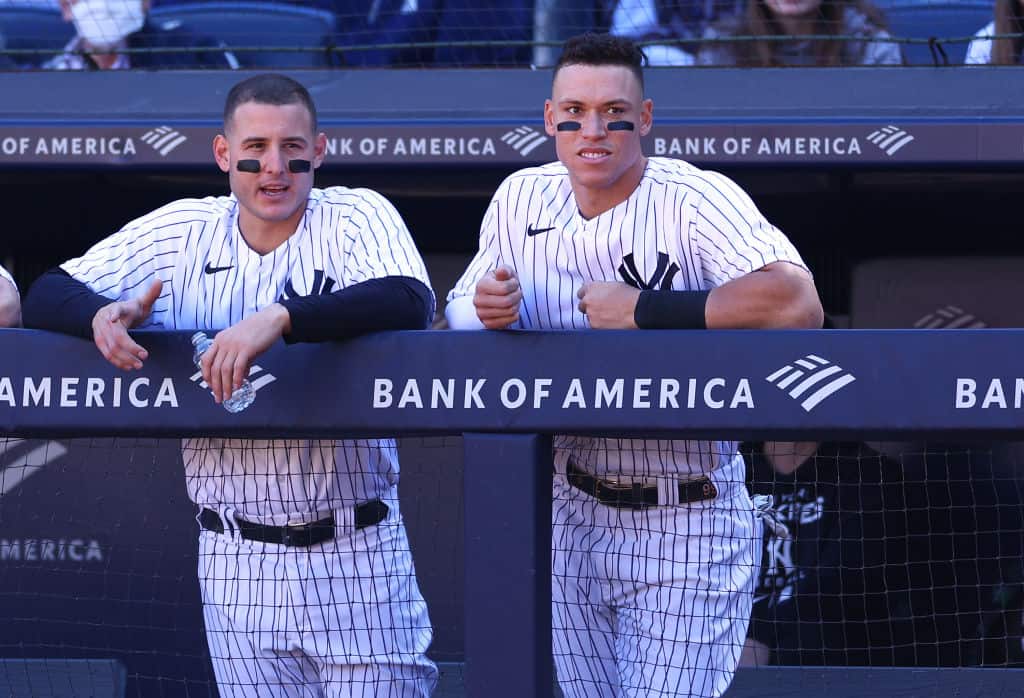 The New York Yankees are looking to make it back to the World Series for the first time since 2009.

They re-signed their most important player, Aaron Judge, to a massive contract extension.

Also, they re-signed first baseman Anthony Rizzo, who was an important part of their 2022 team.

But, have they done enough to put themselves as World Series favorites?

The answer is no, they are still a few pieces away.

The teams that should have better odds than the Yankees are the Houston Astros, Philadelphia Phillies, and Los Angeles Dodgers.

That is not to mention the Atlanta Braves and New York Mets, who are also better than the Yankees too.

Houston has been a thorn in the Yankees’ side for years, including knocking them out of last year’s playoffs.

Plus, the National League is full of teams that are better than the Yankees.

The Phillies are loaded again in 2023, while the Dodgers look to bounce back after a disappointing playoff last year.

New York has only made one big move so far this offseason, and that was Judge.

They need to add another impact bat to compete with some of the best teams in the league.

Who Should The Yankees Target?

If the Yankees are serious about contending for a World Series they need to add a few more impact players.

The top name on their list should be shortstop Carlos Correa.

He is the best shortstop available and can help turn the franchise around.

Also, the Yankees need to be interested in left-handed pitcher Carlos Rodon.

Yankees preparing offer to Carlos Rodon in another battle with Giants https://t.co/Vk58OL8oxF pic.twitter.com/BVkMnswwHz

Rodon is one of the elite pitchers available and can provide an awesome one-two punch with Gerrit Cole.

New York has never been scared to spend money in free agency, and they will need to do more of that this offseason.

Right now the Yankees are not World Series favorites, but they could be with a few splash moves.

Church bus carrying about 25, including children, flips over in Houston