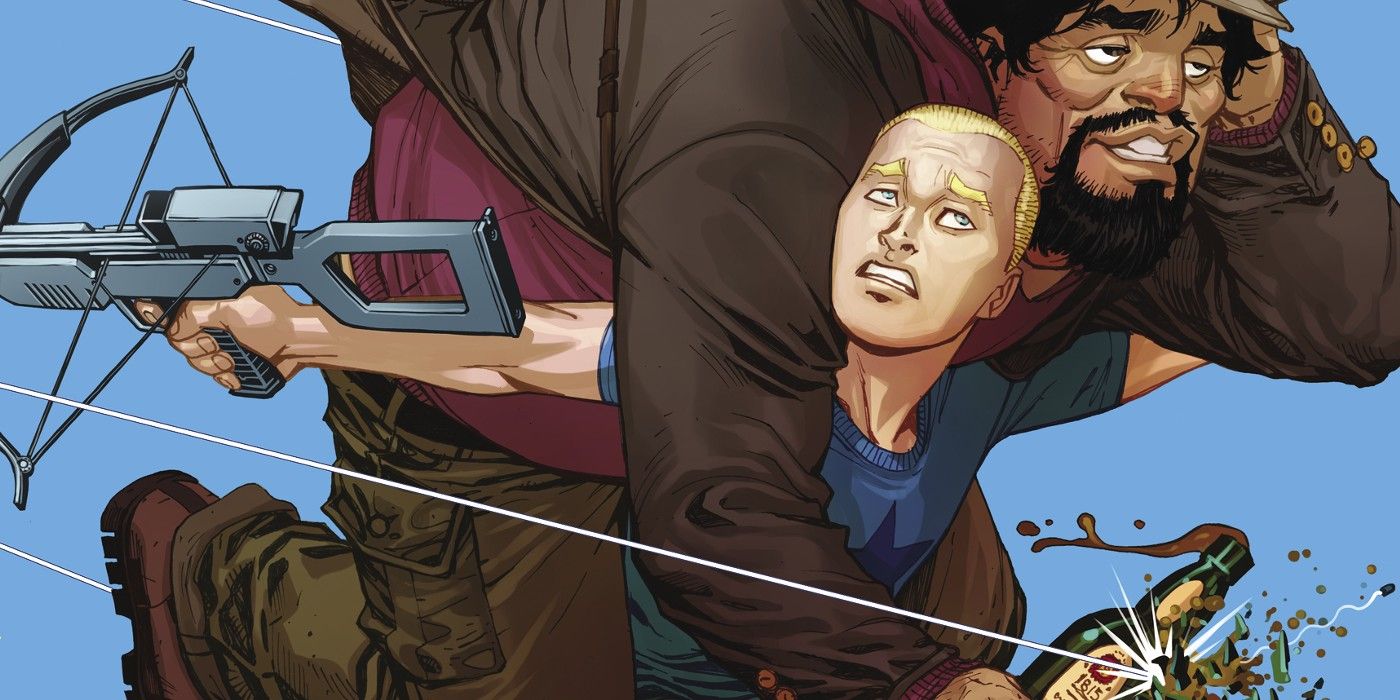 The best buddies of the Valiant Universe return in Archer & Armstrong Forever, a new series focused on a quest for immortality.

Archer and Armstrong – Valiant Comics’ unlikely duo of a marital artist teen prodigy and an immortal warrior – return this May in a new series with a variety of covers, including a homage to their original 1992 series.

CBR can exclusively reveal the covers of Archer & Armstrong Forever # 1. The main cover, drawn by Bernard Chang (Monkey Prince, New Super-Man), shows the odd couple dodging gunfire, with Archer carrying a possibly inebriated Armstrong on his back while preparing to fire his signature crossbow. This artwork references Barry Windsor-Smith’s cover for Archer & Armstrong # 0, which was released in June, 1992. Other variant covers to accompany the new series were drawn by the likes of David Talaski, Dan Hipp, Ro Stein and Ted Brandt.

Archer & Armstrong Forever # 1 is written by Steve Foxe (X-Men ’92: House of XCII, Spider-Ham: Great Power, No Responsibility) and penciled by Marcio Fiorito (Marvel Action Adventures, The Wheel of Time). The issue revolves around Armstrong seemingly losing his healing ability, as a whole host of the former immortal’s enemies come after him. Archer plans to defend his best friend to the death, and their quest to discern the secrets behind Armstrong’s lost immortality promises to span a variety of different locations.

Archer and Armstrong – also known by their original names, Obadiah Archer and Aram Anni-Padda – were created by Jim Shooter, Bob Layton and Windsor-Smith, and have been a constant presence in the Valiant Universe since their debut. Their original series meshed superhero heroics with the humor of a buddy comedy, as Archer discovered that he possessed superhuman powers and Armstrong – originally a warrior born thousands of years before the birth of Jesus Christ – waxed philosophy on the state of the world while frequently drinking too much.

The duo’s first comic ran for 26 issues, from ’92 to ’94. After the Valiant Universe rebooted itself in 2012, a new Archer & Armstrong series was released, running for 25 issues. The pair’s most recent outing was in A&A: The Adventures of Archer and Armstronga third series which lasted 12 issues and ended in 2017.

An Archer & Armstrong movie was announced in 2017, with Venom director Ruben Fleischer tapped as director and Pirates of the Carribean‘s Terry Rossio as writer. Little has been announced about the film since then, but Archer and Armstrong both appeared in the live-action web series Ninjak vs. the Valiant Universewhich was released on Valiant Comics’ YouTube account in 2020. They were portrayed by actors Alex Meglei and Kevin Porter.

Jeremy Blum is an Associate News Writer at CBR. An avid fan of comic books since the age of three (back when he could only look at the pictures and imagine what was happening in the word balloons), Jeremy has worked as a journalist in both the United States and Hong Kong. He also writes about video and tabletop games on his blog Pixel Grotto in his free time. Find him on Twitter at @ blummer102 or @PixelGrotto.