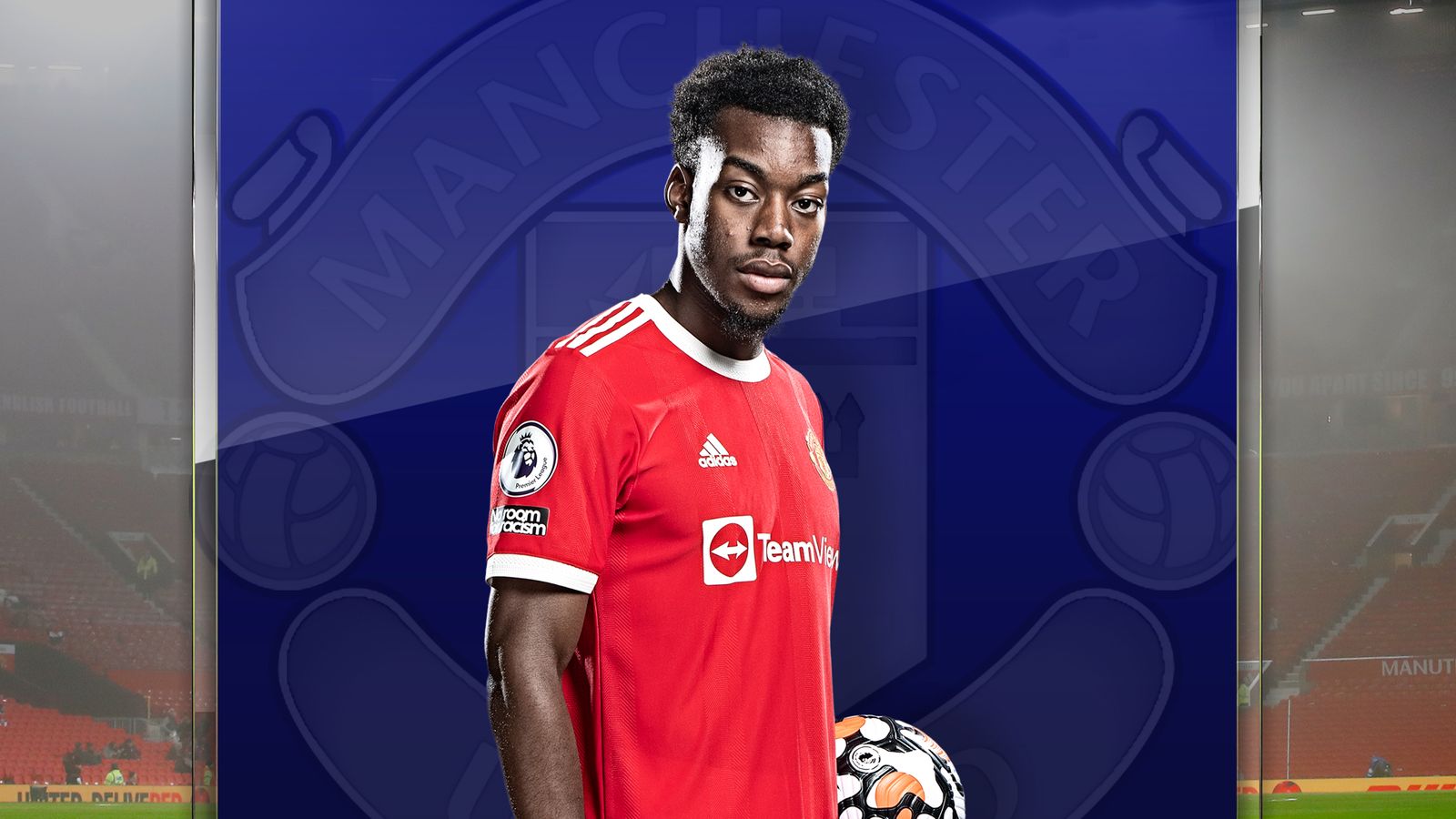 “We know as a group it has not been good enough,” Anthony Elanga tells Sky Sports. “Deep down we know we need to do better, but it’s time to be positive about the future and not have any more negativity.”

The 2021/22 season has been a write-off for Manchester United. What promised so much will once again deliver so little.

Many expected a serious challenge for the Premier League title, but United quickly fell behind rivals Manchester City and Liverpool. They are now languishing in sixth place, with a top-four finish out of the question.

In a campaign that has seen Ole Gunnar Solskjaer lose his job and Ralf Rangnick become interim manager, United suffered early exits in both domestic cup competitions and defeat by Atletico Madrid in the Champions League means the club’s trophy drought will extend into a sixth consecutive season.

Amid the chaos and disappointment, though, 20-year-old forward Elanga has been a rare bright spark.

“Sometimes things do not go our way,” he says. “All the best teams go through spells like this. It’s all about looking back at this at the end of the season and seeing what we can do better.”

United must win their final two games to equal their worst overall points tally in the Premier League era. Starting away at Brighton on Saturday – live on Sky Sports – before a trip to Crystal Palace on the final day, only victories will do if they are to match the 64 points achieved in 2013/14.

“We still have two games left and it’s about finishing the season as strongly as possible,” Elanga adds. “We just have to regroup and start the new season firing.”

With the arrival of Ajax boss Erik ten Hag next season, it is hoped United can do exactly that.

The Dutchman, who will replace Rangnick on an initial three-year deal this summer, is one of the game’s most progressive coaches. He has a reputation for nurturing young talent, and Elanga is a fan.

“You can see the way Ajax are playing in Europe. He’s a great manager with a fantastic record in Europe. I’ve seen how good he is with developing young players, so that’s one of the reasons I’m really excited to work with him.

Asked what Ten Hag can bring to United, Elanga said: “His experience in Europe, developing young players like myself and we’ve got other young players coming up. He’ll bring exciting football to Old Trafford.

“It all starts from pre-season and how we take in his instructions and tactics. He’ll be a great addition to the club and I’m really, really excited to work with him.”

‘I’m ready for the next level’

Despite a difficult campaign for the club, Elanga can hold his head high after establishing himself as a key member of United’s first-team squad since making his debut under Solskjaer last May.

Featuring regularly under Rangnick, he has three goals and two assists in 25 appearances for United in all competitions during a season that has also seen him represent Sweden for the first time.

“Despite what’s happened this season, I still feel I’ve learned a lot and I’m ready to take my game to the next level next season.

“I feel like I’m ready to go to the next level. I aim to get better every single day because that’s my mindset. I know I can always get better and I’ve got wonderful players, good staff and good people around me to help me reach that next level. “

Learning from Henry and Ronaldo

Elanga is keen to improve and seeks knowledge from several former and current players. One of those is his father, ex-Cameroon international Joseph Elanga.

“Obviously I look up to my dad. Thierry Henry is someone I liked watching when I grew up as well. He could play left wing, right wing, as a striker. He was strong, quick and could finish.

“I still look at his clips today and try to learn something from the way he used to play and try to add it to my game.”

In terms of current team-mates, it is no surprise to learn who Elanga takes inspiration from.

“I grew up watching United as well, so the likes of Wayne Rooney and obviously Cristiano Ronaldo.

“I speak to Cristiano a lot in training and he’s always giving me advice. I grew up watching him at Old Trafford, so now to be able to play together is just an amazing feeling.

“There are many other players who have helped me as well. The likes of Victor Lindelof, who I play with internationally.

“Juan Mata and Bruno Fernandes too. I’ve also learned a lot from Zlatan Ibrahimovic from the national team. He’s given me good advice. So I’ve got a lot of experience around me which can help me reach the next level.”

FREE TO WATCH: Highlights from Manchester United’s match against Brentford in the Premier League