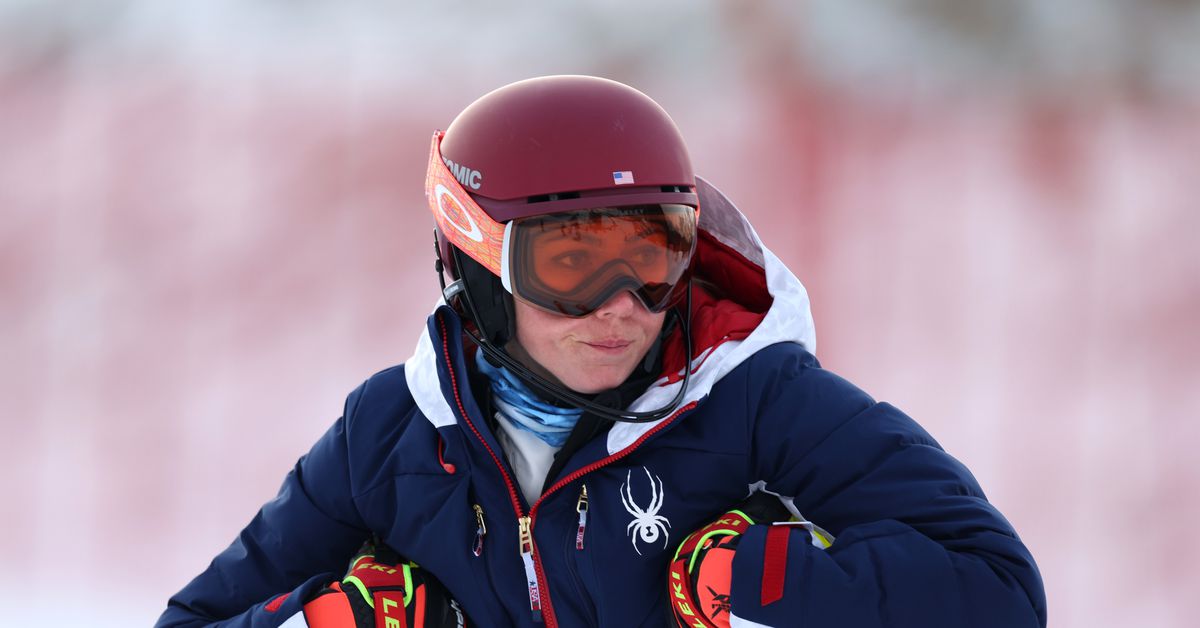 BEIJING (AP) – Two-time Olympic champion Mikaela Shiffrin’s second race at the Beijing Games was over even more quickly than her first.

The 26-year-old American skidded out of control about five seconds into the opening run of the slalom Wednesday and was out of the event, just like that. That was even less time than her 10-second-or-so trip down the hill in the first run of the giant slalom on Monday.

“I was pushing out of the start. I had full intentions of skiing as hard as I could, ”she said. “I slipped up a little bit on one turn and I just did not give myself room to make any kind of error like that. I was planning to go on the most aggressive line, the most challenging line to ski. ”

This time, Shiffrin stood for a moment beside one of the gates she missed – on a course set by her coach, Mike Day – before moving off to the side. She sat in the snow and bowed her head on her bent knees, the very picture of disappointment.

Soon, a member of the US team staff plopped down next to Shiffrin and put his arm around her shoulders.

Asked later how she was feeling, Shiffrin said: “Pretty awful, yeah. But it will not feel awful forever. I just feel pretty low right now. ”

Shiffrin came to China as one of the biggest stars of her – or any – sport at the Winter Olympics, a dominant-at-times Alpine skier who has been in the spotlight since she was a teenager.

She has said she plans to enter all five individual races at the Yanqing Alpine Skiing Center, and one gold would make her the second female ski racer to win at least one at three consecutive Games.

So far, though, Shiffrin is 0 for 2, unable even to complete a substantial portion of the first leg of either of her first two events. Both the slalom and giant slalom are specialties of hers, technical races that combine the times of two runs, and she already owns an Olympic gold from each.

It is not stunning that she has not won a medal, let alone a gold this week. As Shiffrin herself so often reminds everyone, anything can happen on any given day. What is truly surprising is that she has been so off her game, so immediately, in each of her two trips along the course known as the Ice River.

Shiffrin’s next race could be the super-G on Friday, although immediately after her slalom mishap, she made it sound as if she might skip that race. She never has competed in a super-G at an Olympics but did win it at the 2019 world championships.

What also is noteworthy about all of this is that Shiffrin is known for being so consistently sound on the slopes, like a metronome that never misses a beat. She might be slower than other athletes on a given day, sure – no one is perfect – but what she so rarely does is flub a maneuver in such a manner as to not even make it all the way down the hill.

Shiffrin has shared much about her innermost thoughts over the past several months, via social media and traditional media. She discussed the ways in which she empathized when seeing athletes at the Tokyo Olympics such as gymnast Simone Biles and swimmer Caeleb Dressel share their feelings about pressure and expectations last year.

And Shiffrin has been open about the difficult task of carrying on after the accidental death of her father, Jeff, in February 2020.

After Monday’s quick exit from the giant slalom – the first time she failed to finish in that discipline in more than four years – Shiffrin noted that her preparation for Beijing was not ideal. There was a back problem that prevented her from training in October and November. And a bout with COVID-19 in late December.

Still, no one could have predicted this.