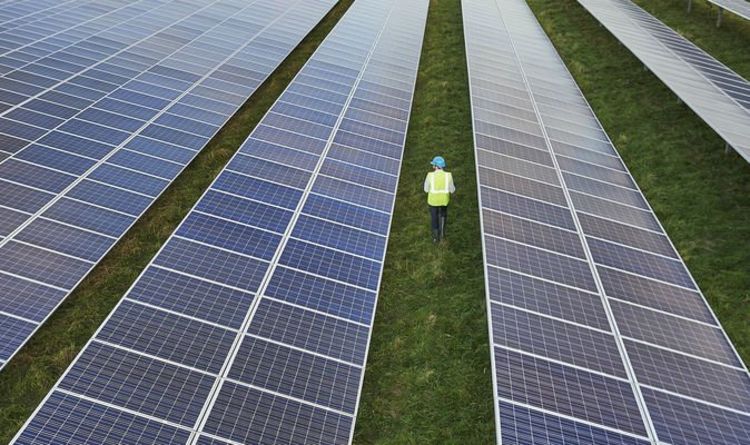 Nearly 100,000 solar panels will be installed on 75 acres of rolling countryside near the village of Spetisbury. But the electricity the farm will produce – enough to power 15,000 homes – is not for the locals.

The green energy will be channeled 120 miles to London’s Square Mile, where it will operate office buildings such as the Gherkin and Guildhall on a £ 400 million contract with French firm Voltalia.

The City of London Corporation, which runs the capital’s financial district, financed the site’s construction in Dorset in return for all the electricity it produces. The Dorset Council gave the green light.

But Rupert Hardy, from Campaign to Protect Rural England, said: “We would far prefer that energy produced in our county be used here – especially when it disputes our beautiful landscape.”

Simon Holt from Voltalia UK said: “We are carefully considering the potential impact of a project.”