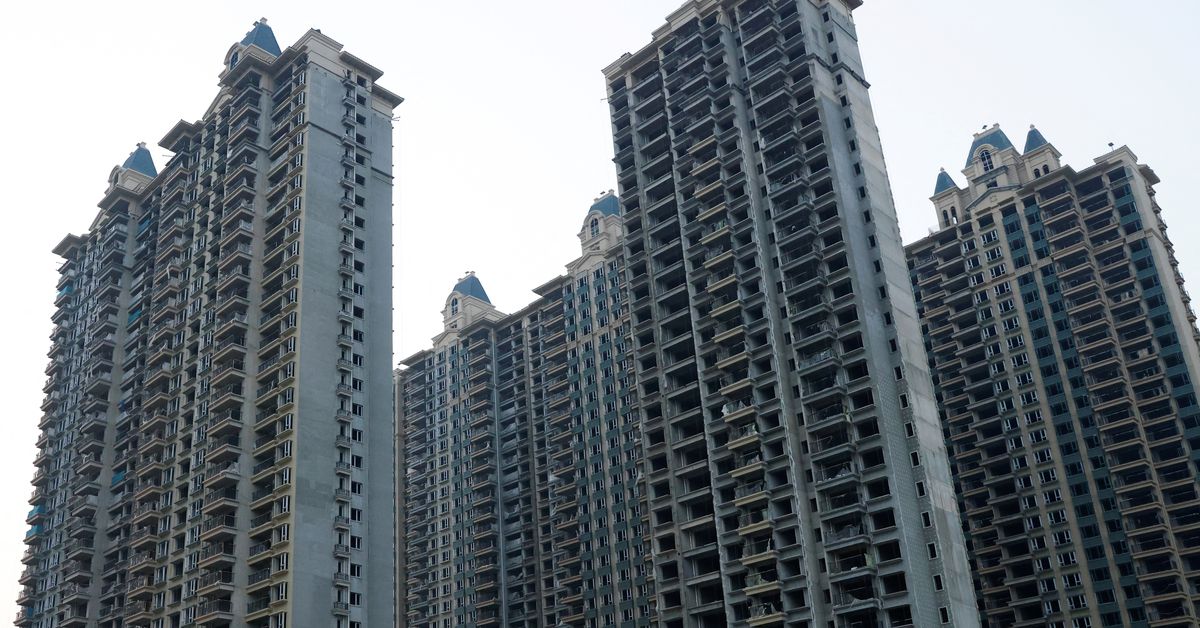 BEIJING, April 20 (Reuters) – Home owners in small Chinese cities are battling a rare property market downdraft as buyers keep away, eroding the wealth of millions in a blow to already brittle consumer confidence in the world’s second-largest economy.

Smaller cities have been hammered by falling home prices for seven months since September, the latest tally of 70 major cities by China’s statistics bureau shows.

Yet this contraction is just the tip of the iceberg.

The bureau’s data does not fully capture the property malaise across the roughly 300 cities classified as third-tier or lower, or even include the 2,000 smaller county-level cities and 40,000 towns. By some estimates, small cities and towns account for around 1 billion of China’s 1.44 billion population.

The negative wealth effect of depreciating home prices has rippled through to consumer confidence, curbing the desire to spend even on basic goods such as clothing.

Consumption has already been ravaged by COVID-19 outbreaks that locked down cities and disrupted local economies. Nationwide retail sales fell in March for the first time since 2020 while joblessness in 31 major cities hit a record. read more

“For Chinese consumers to come back full force, not only will the virus need to be vanquished, but the property sector will need to revive as well,” said Frederic Neumann, co-head of Asia economics research at HSBC in Hong Kong.

“Especially in China’s smaller cities, property often accounts for a substantial part of household wealth, with any sign of weakness in the local real estate market dampening consumer confidence and weakening retail sales.”

In the first quarter, China’s overall consumption per capita rose 5.7% on-year, slowing sharply from 17.6% growth in the year-earlier quarter.

Home owners with mortgages or those facing uncertain job prospects have already started to rein in spending.

“We’re also not traveling, not even visiting our parents in my hometown.”

Shi, who owns a hair salon, bought her home a few years ago, and has been hit by falling valuations even as her monthly mortgage payments remained unchanged.

“I worry about my mortgage because the city has been under lockdown for a long time, and (my income) is in the negative and business is bad,” she said.

About 22% of home owners in lower-tier cities had mortgages to pay, or tens of millions of households, a private survey in 2019 showed, while 41% had no mortgages, but are still vulnerable to depreciating assets.

Banks in over 100 cities have cut mortgage rates by an average of 20-60 basis points since March, the official said.

A delivery truck driver surnamed Sun, 36, said the value of a home he bought in Linyi, a tier-three city in Shandong province, had fallen since 2021 while his mortgage payment rate was still tied to the original valuation.

“I really do not want this property anymore, I do not want to suffer,” said Sun, who is married with two children. He has stopped buying new clothing and even cut back on cigarettes.

New home prices in Linyi saw zero gains in March month-on-month, the fifth month of either stalling growth or declines, according to data from China Index Academy, a Beijing-based property research institute.

In value terms, Linyi’s new home prices have fallen back to mid-2021 levels.

In recent days, social media posts with the hastag “postponing mortgage payments” had been viewed by over 60 million people on China’s Twitter-like microblog Weibo.

The purchases were fueled by government compensation in the hundreds of thousands of yuan per household under a nationwide program to demolish aging buildings and redevelop shantytowns.

The chances of a recovery this year look bleak, analysts say, in a market plagued by oversupply and a long-term outflow of residents to economically more vibrant regions.

That compared with 37 million square meters in four tier-one cities with a destocking period of 11.33 months.