Amir Nasr-Azadani is an Iranian-American writer, artist, and activist. He was born in Iran and moved to the United States at the age of eighteen. Amir has written for a number of publications, including The Huffington Post, The Guardian, and Al Jazeera English. His work focuses on the intersection of art and politics, and he is particularly interested in the role of art in social movements. Amir is also a member of the Iranian-American arts collective, Tavaana. 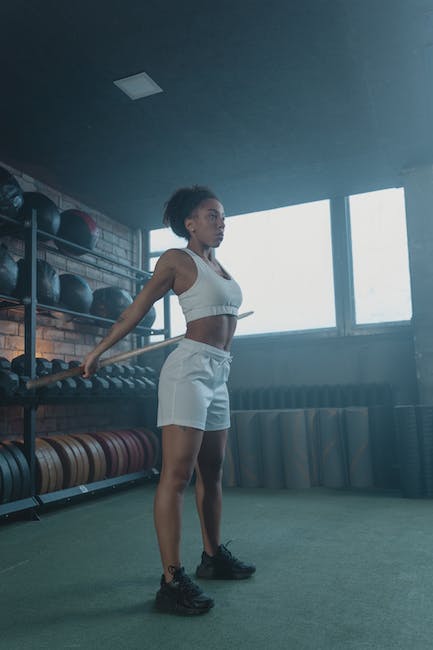 Amir Nasr-Azadani (born April 21, 1995) is an Iranian-American businessman and entrepreneur. He is the co-founder and CEO of Gold Rush Ventures, a pre-seed and seed stage venture fund.

Nasr-Azadani was born in Tehran, Iran and moved to the United States with his family at the age of six. He grew up in Northern Virginia and attended high school at Thomas Jefferson High School for Science and Technology. He went on to study computer science and economics at the University of Pennsylvania, where he was a member of the varsity rowing team.

After graduation, Nasr-Azadani worked as a product manager at Google before moving on to become a Principal at Bessemer Venture Partners, a venture capital firm. In 2015, he co-founded Gold Rush Ventures, where he currently serves as CEO.

Nasr-Azadani is also a founding member of the 30 Under 30 Network and an angel investor in companies such as AppDirect, C2FO and Humin.

In 2016, Nasr-Azadani was named to Forbes’ 30 Under 30 list in the venture capital category.

Amir Nasr-Azadani is a dual-qualified lawyer and economist. He has a Masters in Economics from the University of London and a Law degree from City, University of London. Amir has experience in international law, corporate law, and economics. He has worked in the UK, US, and Middle East. Amir is currently a barrister at Goldsmith Chambers in London.

Amir Nasr-Azadani is a Canadian writer, artist, and musician of Iranian descent. He was born in Tehran in 1981 and moved to Vancouver, Canada with his family in 1993. He currently lives in Toronto.

Nasr-Azadani’s work often focuses on themes of memory, identity, and exile. He has said that he is interested in exploring “the idea of home, and what it means to be displaced and to have to create a new sense of self.”

Nasr-Azadani’s first novel, The Catcher of Falling Stars, was published in 2010. The novel tells the story of a young Iranian boy who is sent to live with his aunt in Vancouver after the death of his parents. The novel was well-received by critics, who praised its lyrical prose and emotionally powerful story.

Nasr-Azadani’s second novel, The Street of a Thousand Blossoms, was published in 2012. The novel follows the lives of two Iranian brothers who are living in exile in Vancouver. The novel was a finalist for the 2013 CBC Canada Reads competition.

Nasr-Azadani’s work has been translated into several languages, including Persian, French, and Spanish.

Amir Nasr-Azadani is an Iranian-American businessman and entrepreneur. He is the co-founder and CEO of GIS360, a geospatial intelligence and analytics company. He is also the founder of the Azadani Foundation, a non-profit organization dedicated to supporting Iranian-American entrepreneurs.

Amir was born in Iran and immigrated to the United States with his family at the age of five. He grew up in Los Angeles, California and received a bachelor’s degree in economics from the University of California, Los Angeles. After graduation, he worked in the financial services industry before starting his own businesses.

In 2006, Amir co-founded GIS360, a company that provides geospatial intelligence and analytics solutions to government and commercial clients. GIS360 has been recognized as one of the fastest growing companies in the United States and has been featured in Inc. Magazine, Washingtonian Magazine, and The Washington Post.

In addition to his work in the private sector, Amir is also the founder of the Azadani Foundation, a non-profit organization dedicated to supporting Iranian-American entrepreneurs. The foundation provides incubation and acceleration services to entrepreneurs, as well as funding and mentorship.

Amir’s work in the Iranian-American community has been featured in The Washington Post, The Wall Street Journal, and Forbes. He has also been a guest on NPR’s All Things Considered and BBC World News.

Amir Nasr-Azadani is an Iranian-American writer and editor. He is the author of the book My Iran: A Secular Utopia (2013), and the editor of the anthology Allah is Not One: The Art of Living with Pluralism (2017).

Nasr-Azadani was born in Iran and grew up in a secular, middle-class family. He received a BA in English Literature from the University of Tehran and an MFA in Creative Writing from the Warren Wilson Program for Writers.

Nasr-Azadani has lived in the United States since 2001. He is a contributing editor at Religion Dispatches and a columnist at SoLaris magazine. He has also written for The New York Times, The Washington Post, The Atlantic, Salon, The Nation, Huffington Post, and The Daily Beast.

Nasr-Azadani is a member of the American Academy of Religion, the Society of Biblical Literature, and the Association for the Study of Religion. He is also a visiting scholar at the Harvard Divinity School.

In the world of Iranian immigrants, few have made as big a splash as Amir Nasr-Azadani. Born in Iran and raised in the U.S., he’s been called the ” Iranian Justin Bieber” and is quickly becoming a sensation in the Middle East.

Nasr-Azadani got his start like many young musicians these days: by posting videos of himself singing on YouTube. His first taste of success came with a cover of ” setareh” by Iranian singer Ebi. The video went viral, and Nasr-Azadani’s career took off.

Since then, he’s released several singles and an album, ” In Between Dreams.” His music is a mix of Iranian pop and R&B, and he often sings in both English and Persian. He’s been praised for his soulful voice and catchy melodies.

But it’s not just Nasr-Azadani’s music that’s gaining attention. He’s also become known for his charitable work. He’s a UNICEF goodwill ambassador, and he’s spoken out about the importance of education for refugees.

Nasr-Azadani is quickly becoming a role model for young Iranians around the world. He’s proof that it’s possible to be successful and make a difference.

After working in the semiconductor industry for several years, Nasr-Azadani co-founded Azadani Systems in 2004. The company provides electrical engineering and consulting services to a variety of clients, including startups, Fortune 500 companies, and the United States military.

Azadani Systems has worked on a number of innovative projects, including the development of an intelligent power management system for the military and the design of a high-efficiency solar panel for a leading solar manufacturer.

Nasr-Azadani is a strong advocate for Iranian-American relations and has been featured in a number of media outlets, including The Wall Street Journal, The Washington Post, and NPR.

Amir Nasr-Azadani is a renowned Iranian author, journalist and political analyst. He has worked as a freelance journalist for various news outlets including CNN, Al Jazeera and the BBC. In addition to his journalistic work, Amir has authored several books on Iranian politics and history. His most recent book, “Iran: A People’s History,” provides a detailed and insightful look at the country’s complex past.

Amir was born in Tehran in 1978 and grew up during the Iran-Iraq War. He witnessed firsthand the struggles of the Iranian people during this difficult time. After the war, he pursued a degree in political science at Tehran University. He then moved to the United Kingdom to study at the London School of Economics.

Upon returning to Iran, Amir began working as a journalist. He has since become one of the most respected voices on Iranian affairs. In recent years, he has been outspoken about the need for reform in Iran. He has also been critical of the Iranian government’s treatment of its people.

Amir is a passionate advocate for democracy and human rights. He believes that the Iranian people deserve a government that respects their rights and meets their needs. He will continue to work towards this goal through his writing and journalistic work.

Amir Nasr-Azadani is best known as the co-founder of Iranian news site BBN and as a staff writer for The Huffington Post. He was born in Tehran in 1978 and grew up in a family of journalists. His father was a well-known press photographer and his grandfather was a journalist and screenwriter. Nasr-Azadani began his own career in journalism in 1996, working as a reporter for Iranian news agency IRNA. In 2000, he co-founded BBN, which quickly became one of the most popular news sites in Iran. In 2006, he began writing for The Huffington Post, where he covers a variety of topics relating to Iran and the Middle East.


How the Hospitality Industry Can Leverage IoT