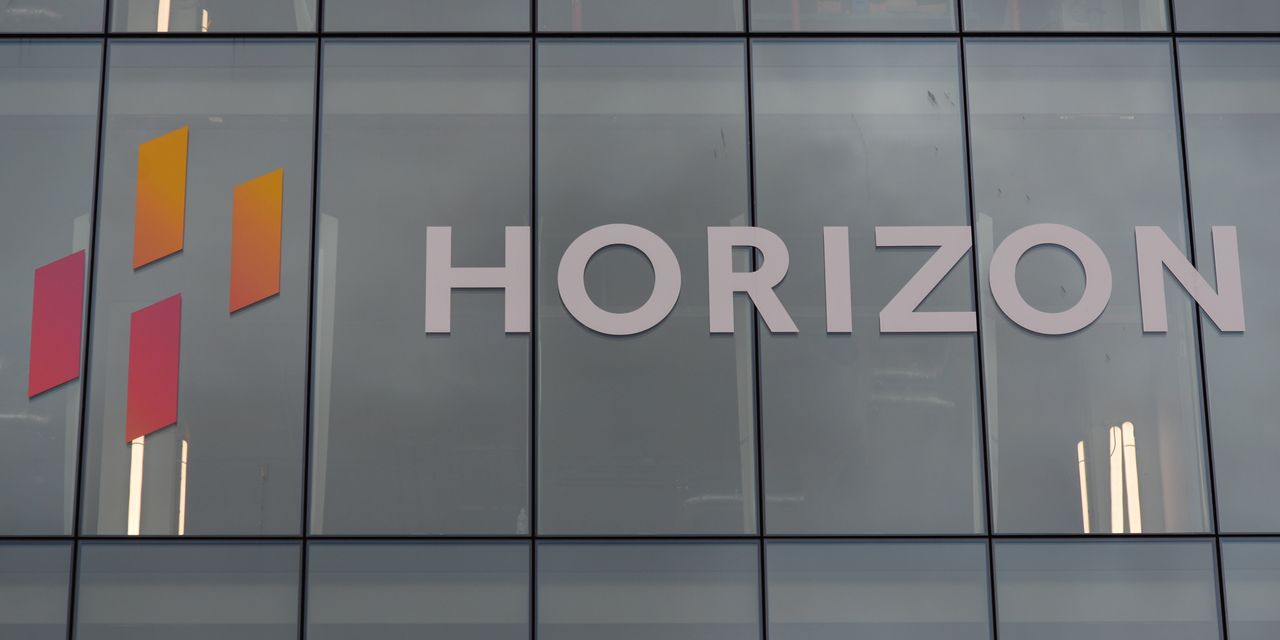 is in advanced talks to buy drug company

PLC, according to people familiar with the matter, in a takeover likely to be valued at well over $20 billion and mark the largest healthcare merger of the year.

The U.S. biotechnology company was the last of three suitors standing in an auction for Horizon, the people said, after French drugmaker

said Sunday it was out of the running.

A deal could be finalized by Monday assuming the talks with Amgen don’t fall apart, the people said.

Major news in the world of deals and deal-makers.

Horizon develops medicines to treat rare autoimmune and severe inflammatory diseases that are currently sold mostly in the U.S. Its biggest drug, Tepezza, is used to treat thyroid eye disease, an affliction characterized by progressive inflammation and damage to tissues around the eyes.

The company is Nasdaq-listed, but based in Ireland and has operations in Dublin, Deerfield, Ill., and a new facility in Rockville, Md.

Horizon said last month it was fielding takeover interest from Amgen, Sanofi and

a disclosure prompted by a Wall Street Journal report.

Johnson & Johnson later said it had dropped out.

Last year, revenue from Tepezza more than doubled, driving Horizon’s overall net sales 47% higher to $3.23 billion. Horizon has said that annual global net sales of the drug are targeted to eventually peak at more than $4 billion as the company aims to win approval to sell it in Europe and Japan.

That type of growth is attractive to big drug companies—with many sitting on big piles of cash—that rely on acquisitions as a key strategy to expand sales. Many big drugmakers are looking for new sources of revenue to offset losses when some of their main products lose patent protection.

Analysts expect Amgen will lose sales when patents begin expiring on its big-selling osteoporosis drugs Prolia and Xgeva later this decade. The pair of drugs accounted for nearly $5.3 billion of Amgen’s $26 billion in revenue last year.

In October, Amgen completed a $3.7 billion deal for ChemoCentryx and its drug to treat a rare immune-system disease.

Acquiring Horizon could add about $4 billion in new revenue for Amgen by 2024, according to Jefferies & Co.

Other big life-sciences companies have been inking deals in recent months.

Johnson & Johnson recently struck a $16.6 billion deal to acquire heart device maker Abiomed Inc. to bolster sales of its medical-gear division, which had been lagging behind those of its pharmaceutical unit.

& Co. followed with a deal of its own, agreeing to buy blood-cancer biotech

for $1.35 billion, ahead of the patent expiration of its cancer immunotherapy Keytruda.

meanwhile, agreed in August to buy Global Blood Therapeutics Inc. for $5.4 billion, in a deal that would give the big drugmaker a foothold in the treatment of sickle-cell disease.

A deal for Horizon would likely rank as the largest healthcare acquisition globally in 2022, ahead of the Johnson & Johnson-Abiomed tie-up. The selloff in stocks this year amid rising interest rates, while putting a damper on deal activity, has also made some companies more attractive targets. At the stock’s peak about a year ago, Horizon was valued at roughly $27 billion.

The shares, which fell sharply earlier this year, have surged since the possibility of a takeover surfaced, and the company now has a market value of about $22 billion.

Horizon’s other drugs include Krystexxa for treating gout, a form of inflammatory arthritis, and Ravicti for a rare, potentially life-threatening genetic disease known as urea cycle disorder that raises ammonia levels in the blood.

Drugs treating rare diseases have emerged as a large source of pharmaceutical sales because they can command high prices that health insurers have been willing to pay.