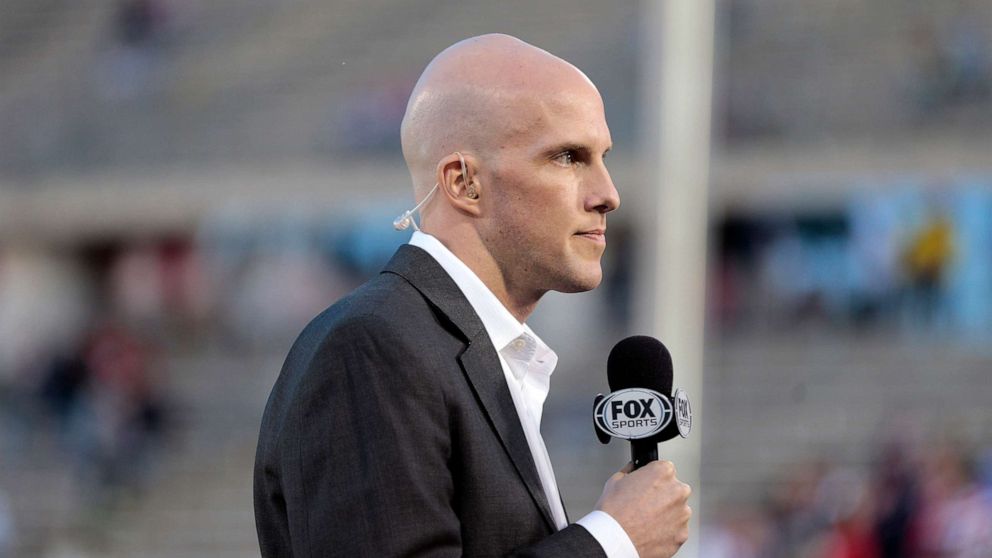 U.S. soccer journalist Grant Wahl has died at 49 in Qatar early Saturday while covering the World Cup, U.S. Soccer said in a statement.

“The entire U.S. soccer family is heartbroken to learn that we have lost Grant Wahl,” U.S. Soccer said in a statement Friday. “Fans of soccer and journalism of the highest quality knew we could always count on Grant to deliver insightful and entertaining stories about our game, and its major protagonists: Teams, players, coaches, and the many personalities that make soccer unlike any sport. Here in the United States, Grant’s passion for soccer and commitment to elevating its profile across our sporting landscape played a major role in helping to drive interest in and respect for our beautiful game.”

At the beginning of his “Fútbol with Grant Wahl” podcast Thursday, Wahl said he had bronchitis and had been to the medical clinic twice that day and cancelled everything to nap. He said he felt better but not 100%.

“I’m feeling better today. I basically canceled everything on this Thursday that I had, and napped and and I’m doing slightly better that you can probably tell in my voice that I’m not at it at 100% here. Hopefully I will not cough during this podcast. I’m coughing a lot,” he said.

“Everyone’s coughing here in like this is by no means limited to me like so many journalists have got a crazy cough. It sounds like a death rattle sometimes. The only thing that’s surprising to me actually is there isn’t that much COVID Here I thought there might be a real issue with that. We’re not really seeing COVID cases. We’re just seeing a lot of general sickness, coughing, colds, and I can’t wait to be on the other side of what I have. But I am going to be ready to go I’m attending on Friday. The Argentina Netherlands quarterfinal, very excited for that. And then I’m going to go to France, England on Saturday,” he added.

Wahl’s wife Celine Gounder tweeted Friday said that she was in shock.

“I am so thankful for the support of my husband @GrantWahl ‘s soccer family & of so many friends who’ve reached out tonight,” Gounder tweeted after resharing the statement from U.S. Soccer. “I’m in complete shock.”

“We were deeply saddened to learn of the death of Grant Wahl and send our condolences to his family, with whom we have been in close communication. We are engaged with senior Qatari officials to see to it that his family’s wishes are fulfilled as expeditiously as possible,” State Department spokesperson Ned Price tweeted Friday.

Wahl was temporarily detained by security in Qatar at the Ahmed bin Ali Stadium for wearing a shirt with the gay pride flag for the USA-Wales World Cup match last month.

“Security guard refusing to let me into the stadium for USA-Wales. “You have to change your shirt. It’s not allowed,” he tweeted.

Wahl was a renowned writer in soccer and covered the sport for many years at Sports Illustrated. He spoke with “Start Here” in November about his expectations on covering the World Cup. He had spent time in Qatar earlier before arriving for the games.

“I wanted to do a story and do some actual reporting on the topic of migrant workers in Qatar. Nearly 90% of the workforce in Qatar is not Qatari. They’re coming from East Africa, West Africa, the Indian subcontinent [and] the Far East. And they’re taking on jobs of construction, working in domestic situations and houses, hotel workers [and] all sorts of things that migrant workers are doing in Qatar. But the history is that they’re not paid well. They’re not treated well. A lot of people have died,” Wahl said.

BAT says US consumers are switching to cheaper cigarettes