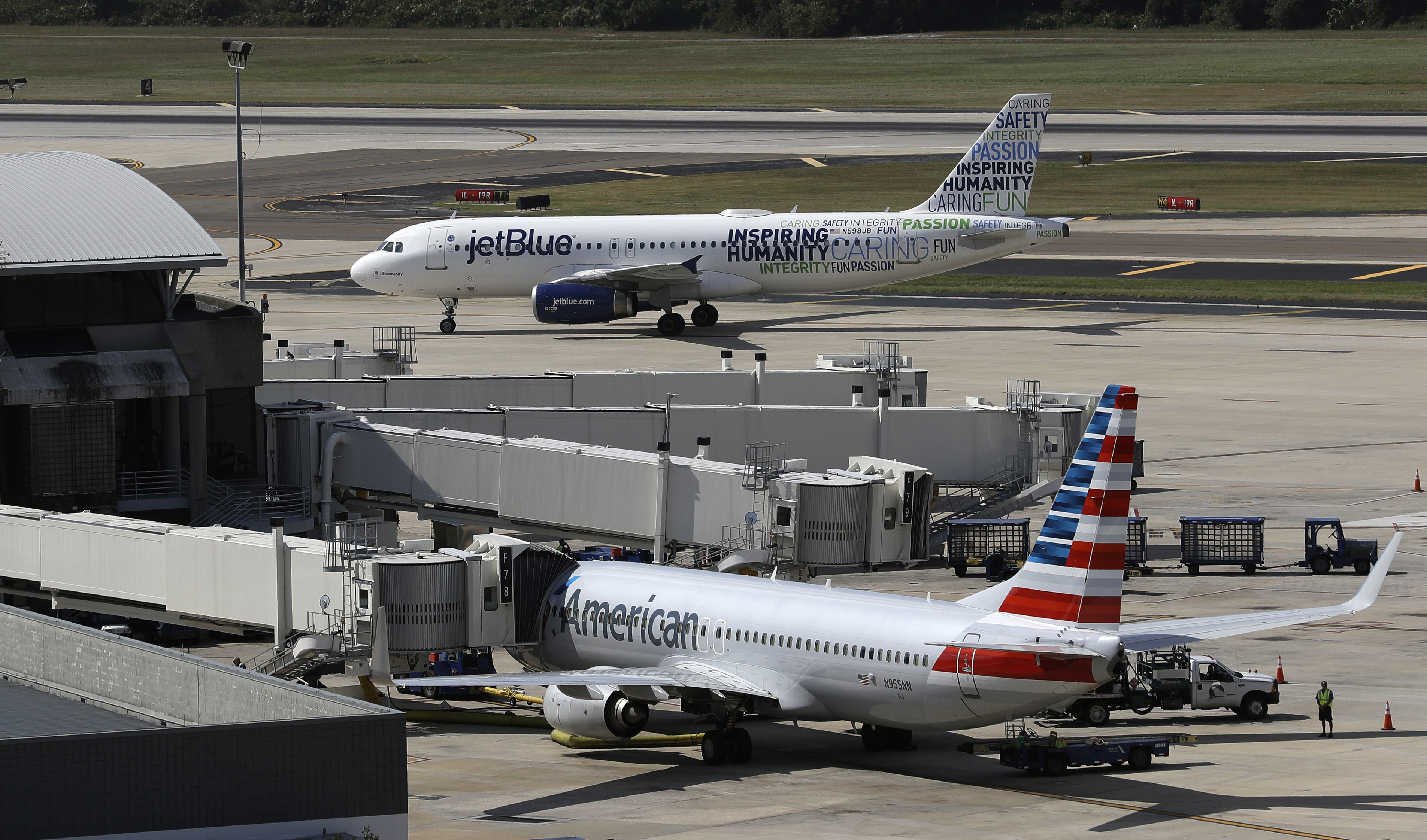 American said it plans to drop service between New York’s LaGuardia Airport and Atlanta in May, when JetBlue adds that route. Delta Air Lines, Southwest Airlines and Frontier Airlines also fly the route.

American said that on May 5 it will add flights between LaGuardia and Buffalo, New York, Greenville, South Carolina, and four other cities.

The new destinations would expand the airlines’ alliance to about 700 flights a day overall, but the plan hinges on winning a lawsuit in Boston.

The Justice Department, six states and the District of Columbia sued to kill the partnership, which lets American and JetBlue work together on setting schedules and sharing revenue on flights in New York and Boston.

The government said the deal will reduce competition and lead to higher fares, costing consumers $700 million a year. American and JetBlue argued that their combination will help consumers by making them a stronger competitor in the Northeast against Delta and United Airlines.

After a trial lasting several weeks, a judge in Boston took the case under consideration last month. A verdict is expected early next year.

Through a spokeswoman, the Justice Department declined to comment on the expansion of the airlines’ partnership.

The case is a test of the Biden administration’s resolve to take on mergers and other business arrangements that it believes stifle competition and cost consumers more money.

“The Justice Department has a very good case,” said Florian Ederer, an antitrust expert and economics professor at Yale University who has followed the matter. “The NEA does harm competition, it probably harms consumers. (American) has eliminated a disruptive competitor, a maverick.”

Separately on Friday, JetBlue announced that it extended the contract of CEO Robin Hayes by two years, until September 2025. Hayes and the current CEO of American and his immediate predecessor all testified during the trial.