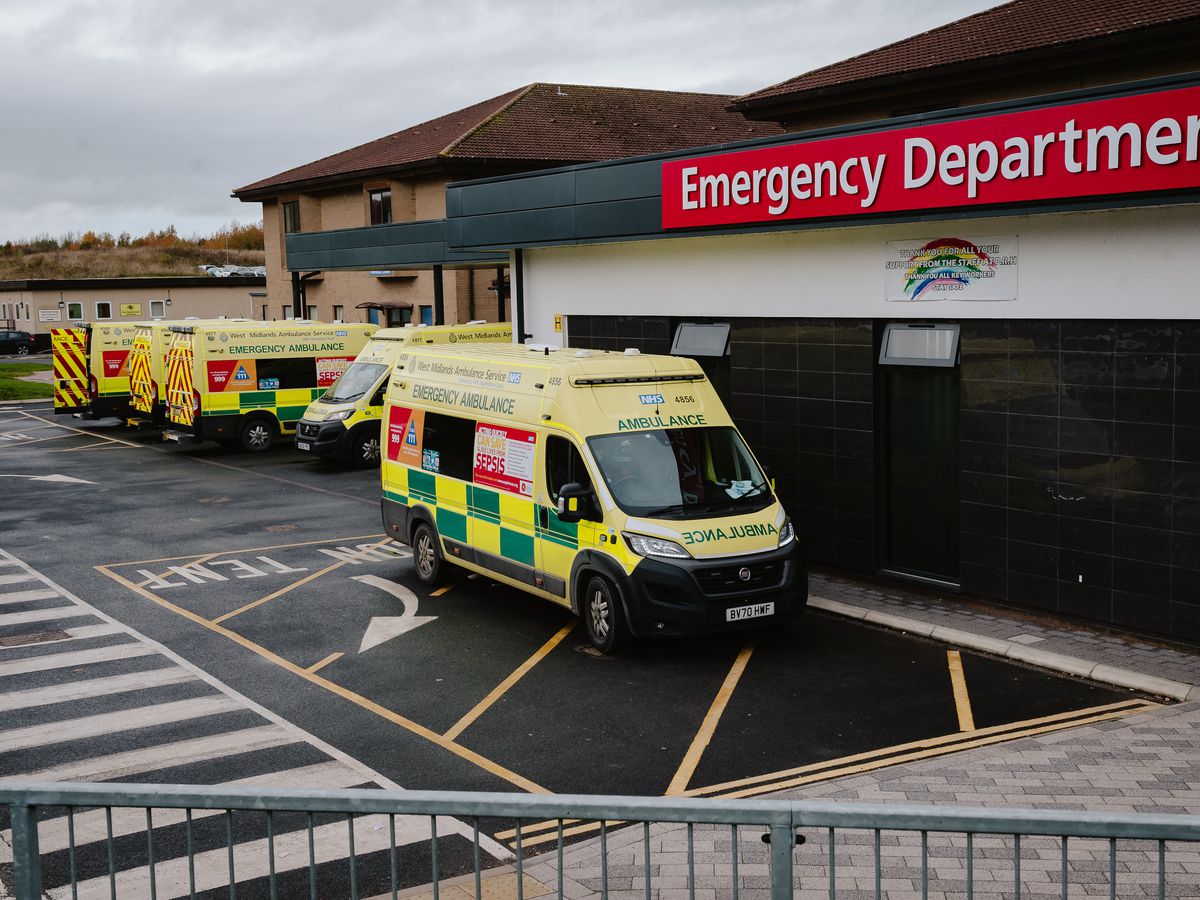 Staff have been praised for trying to combat continuing problems with ambulances being stuck outside hospitals and patients being put in danger.

The issues were discussed today at Sandwell and West Birmingham NHS Trust’s board meeting.

SWBT chief operating officer Liam Kennedy said: “The ambulance service is at a risk level of 25, which is the highest possible.

“There is a risk across the system of the highest ever times for handovers of patients.

“And the number of unattended patients is the highest ever.

“This stems from ambulances and crews being held up at other hospitals and not released.”

Mr Kennedy oultined how problems at other hospitals, including Russells Hall Hospital in Dudley, is creating the ambulance crisis.

He said: “We will accept patients from elsewhere. Russells Hall Hospital has problems discharging patients, so we have two and a half wards full of patients because of the problems there.

“This is the biggest clinical problem facing the NHS, we can not ignore it.

“Other organizations need to have the will to address the root causes of these problem, but I’m not sure if they will.

“More can be done to stop the outflow of patients in Dudley, without that we will never see an improvement.”

However, SWBT chief executive Richard Beeken told Mr Kennedy: “I think everyone should be careful about passing comment on another organizations’ performance without knowing the struggles they are facing.”

SWBT chief integration officer Darren Fradgley said: “I had the misfortune to have to phone 999 recently and it was a traumatic experience.

“The wait time was unacceptable, it must be traumatic for our staff as well.

“The system is really struggling, with patients being displaced, prolonged stays and other problems, but we are holding our own as a Trust but due to us being efficient, along with Walsall, we are becoming net importers of patients to help the system. “

He also predicted a “Titanic moment” in August when WMAS would not be able to fulfill its duties.

Plans, including designating parts of the waiting room for ambulance patients, to cut handover times at City and Sandwell Hospitals was presented to the board by Mr Kennedy.

The report said: “Maintaining patient safety is the number one priority for the Trust and ensuring patients do not come to harm whilst waiting in ambulances has been a focus for the emergency care directorate.

“Patients to be left under the care of a designated paramedic thereby freeing up the crews to respond to calls from the hospital desk.”