Amber Portwood Visits James in California: I’m Doing Everything I Can! 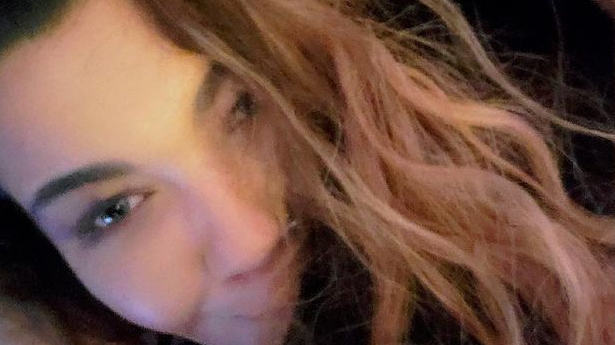 After the court granted custody of James to Andrew Glennon, the two moved to a Malibu mansion.

This left Amber Portwood all by herself in Indiana — feeling helpless and miserable.

But this week, Amber wasn’t in the midwest — she was at LAX.

On her way for a visitation with four-year-old James, Amber spoke about how things are going.

A paparazzo from The Sun approached Amber Portwood at the airport for a quick, on-the-fly Q&A session.

One of the questions was how she is handling the new custody arrangement. She is, she replied, doing whatever she must to see James.

Then, Amber announced that she is “Almost finished jumping through some hoops, thank god!”

One of the aforementioned “hoops” is taking flights to California every other month.

This allows her to visit James. Meanwhile, Andrew and James take flights every other month (not the same months) so that James can visit Amber, in turn.

The new custody setup includes a set of phases.

This will give James time to adjust to the new dynamic and schedule. Too much change at once can be a challenge.

Amber will also have overnight visits with her son — a first since her 2019 domestic assault that ended her relationship with Andrew and left a door in their house riddled with machete marks.

Amber had more to say during the impromptu airport interview.

“It’s just going to be so different,” she admitted, “compared to what I’ve been used to.”

Amber noted that she is adapting to “being in two different locations. I still have him, but it’s hard.”

“But people do this every day,” Amber acknowledged.

“Everybody out there needs to understand that I’m not the only one,” she emphasized.

Does anyone think that Amber is the only person who has battered multiple partners and now has a complicated custody arrangement?

Amber has said that she and Andrew are “trying” to work on a co-parenting relationship.

But they’re both making the effort, she has stated, for the sake of James.

Amber actually opened up about a visit to see James in California.

She spoke about the experience on an episode of Teen Mom: The Next Chapter.

During that visit, Amber actually spent time with both Andrew and James.

“Seriously, do you know how hard it is to try to co-parent with someone who doesn’t want to co-parent?” she griped.

Amber was speaking to her other ex, Gary Shirley, at the time.

He is also her other co-parent.

Amber also admitted that she doesn’t have much hope of one day duping the court into giving her full custody. (That’s not how she phrased it, but still)

“Honestly, it is what it is. [We’re in] two different states,” Amber acknowledged while at LAX.