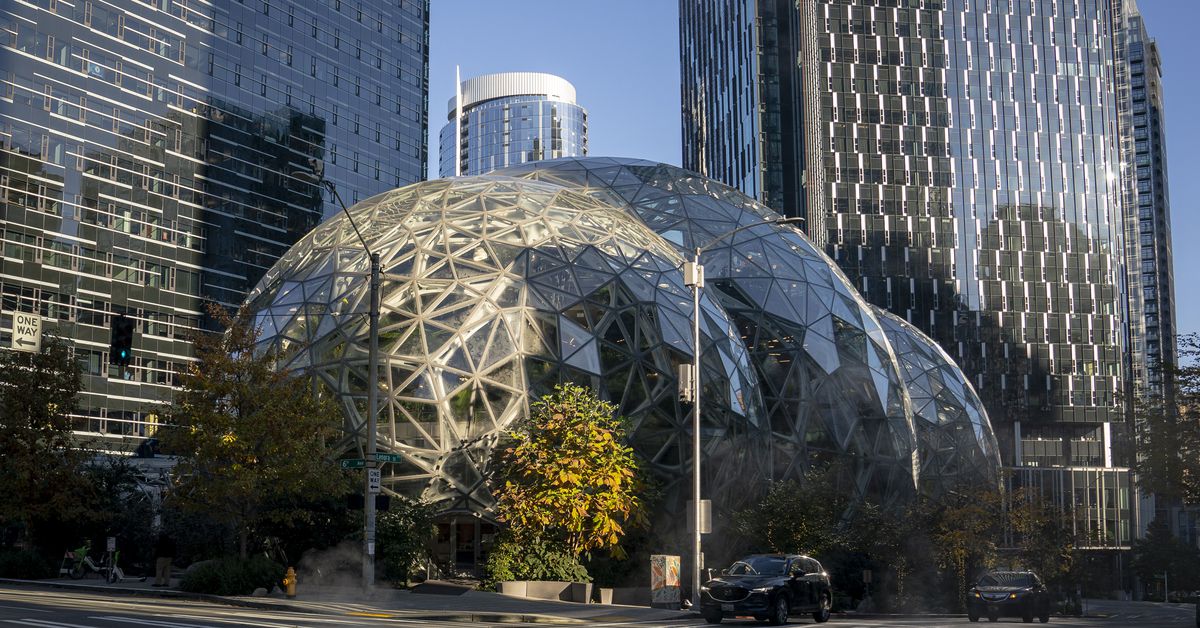 Amazon has long been one of the top employers in the tech industry. Online shopping was consistently growing, and Amazon’s two main profit engines, cloud services and advertising, were growing even faster. If you took a white-collar job at Amazon, whether you stayed there two years or 10, your career seemed to be set. Until last month.

In late November, Amazon began making what are expected to be the largest corporate staff cuts in its 28-year history, axing as many as 10,000 corporate employees, or about 3 percent of the company’s office staff. Rumors continue to spread internally that the number of job cuts might grow, either through traditional layoffs or by pushing out more employees than usual for unsatisfactory performance, with one publication reporting that 20,000 cuts are the actual target. And Amazon began quietly rescinding job offers to future employees as well. This is upending the lives of would-be staff and threatening the company’s reputation in the job market for technical talent — where it was already facing challenges, according to a leaked internal memo exclusively viewed by Recode.

A company spokesperson confirmed that job offers were pulled, which was first reported by The Information, but declined to disclose specific numbers. Even without knowing exactly how many offers the company has rescinded, current and future Amazon employees alike are shocked — underscoring the rarity of the current cost-cutting climate at the tech giant and raising the question of what these pullbacks signal for the economy as a whole. Inside the company, some employees are questioning whether Amazon will still prioritize pursuing big ideas that don’t generate immediate financial payoff. Crucially, much of Amazon’s success can be attributed to investing in projects that weren’t profitable in the short run but which, with Wall Street’s backing, allowed the company to increase its market share and power in a given sector by focusing instead on growth.

“The question among employees is, ‘Does this mean we should only be on teams that add revenue or that we think are ‘the most safe’?” an Amazon senior manager of more than 10 years told Recode. “That’s very damaging to the ‘Think Big’ and ‘Invent and Simplify’ ethos of this company.” (Those are two of the 16 leadership principles that are supposed to guide how work gets done inside Amazon.)

Yet the problem with looking for deeper meaning in Amazon’s recent moves — beyond what we already know about its leaders being leery about the future of the economy and that they bet that a pandemic-fueled e-commerce boom would continue longer than it did — was that Amazon has been in a league of its own as a hiring machine. Between 2019 and 2021, Amazon doubled its employee count, adding 800,000 employees in just two years, including warehouse employees. Amazon now also has more than 300,000 tech and corporate employees across the globe.

“No company had hired like Amazon had in the previous decade,” said Amazon’s former head of communications, Craig Berman, who left the company in 2018 after 14 years. “And so I hesitate to even start to guess at what this could mean because there is nothing historical to base the reaction on.”

As a result, the bewilderment felt by employees and would-be future employees in the wake of the layoffs and job rescissions is understandable, Berman said, especially since the company has not had major job cuts in more than 20 years and largely kept its foot on the gas even during the Great Recession of 2007 to 2009.

Amazon’s new reality has been a harsh wake-up call for would-be employees. Several told Recode they were counting on the job to remain in, or reenter, the US on a work visa and were distraught over needing to find new employment in a short period of time. One employee who had their job offer pulled in late November had just received it in September, with a start date planned for January. Another employee who was slated to start working in a high-paying technical role in the retail division in January was offered a job in October only to have it pulled back the next month.

“I think the worst part for Amazon is the damage they’ve done to their reputation,” this person told Recode.

The employee said they mainly chose Amazon over offers from rival companies because the Seattle-based tech giant was offering a significantly higher pay package. If the financials had been more equal, they said, they would have likely chosen a competitor with a better reputation for work-life balance.

While Amazon had long remained a stable corporate hirer that kept adding new, lucrative roles every year — especially as its stock price rose consistently for much of the past decade — it also developed a reputation among some staff as a sometimes brutal and cutthroat workplace, and one where some employees from underrepresented backgrounds felt discriminated against or worse. Earlier this year, Insider reported that high-performing employees were leaving Amazon corporate divisions at double the normal rate. And according to an internal Amazon memo from June that Recode reviewed, perception of the company’s corporate culture already seemed to be having a negative impact on recruiting even before this cycle of layoffs and pulled offers began.

The internal memo cited a LinkedIn survey of more than 7,000 software developers who weren’t working for Amazon at the time. Among a set of 25 top tech competitors, Amazon only ranked 19th for “good work-life balance,” while it came in 10th for “flexible work arrangements” and 11th for “ongoing employee training & development.” These rankings, the memo stated, were hurting recruiting, with 40 percent fewer job seekers applying for software development jobs at Amazon in May than in January.

Those preexisting recruitment issues could now be exacerbated by the tech giant slashing roles and rescinding job offers. Amazon seems aware of this and is attempting damage control: For those who have had an Amazon job offer reversed, the company will pay them a month’s worth of the base pay they were set to make.

“It’s going to have an impact on your employer brand,” Tom Wilson, president of the HR executive search firm Frederickson Partners, said of companies that rescind job offers.

But whether the one-month payment is enough to fortify the company’s reputation as a top employer is an open question.

Despite offering buyouts to at least hundreds of its recruiters, Amazon expects to hire in some growing areas in 2023, such as Amazon Web Services, even as it retrenches in others like Alexa and its core retail business. After all, if it wants to compete for top tech talent as it pursues ambitions in other industries ranging from e-commerce to video streaming to cloud computing to advertising, it needs to improve its reputation. While 10,000 job cuts only represent approximately 3 percent of all its corporate roles, this is a shift that’s foreign to most employees at Amazon and those who once saw the company as their dream employer.

Help us reach our goal

In our recent reader survey, we were delighted to hear that people value Vox because we help them educate themselves and their families, spark their curiosity, explain the moment, and make our work approachable.

Reader gifts support this mission by helping to keep our work free — whether we’re adding nuanced context to events in the news or explaining how our economy got where it is. While we’re committed to keeping Vox free, our distinctive brand of explanatory journalism does take a lot of resources, and gifts help us rely less on advertising. We’re aiming to raise 3,000 new gifts by December 31 to help keep this valuable work free. Will you help us reach our goal and support our mission by making a gift today?