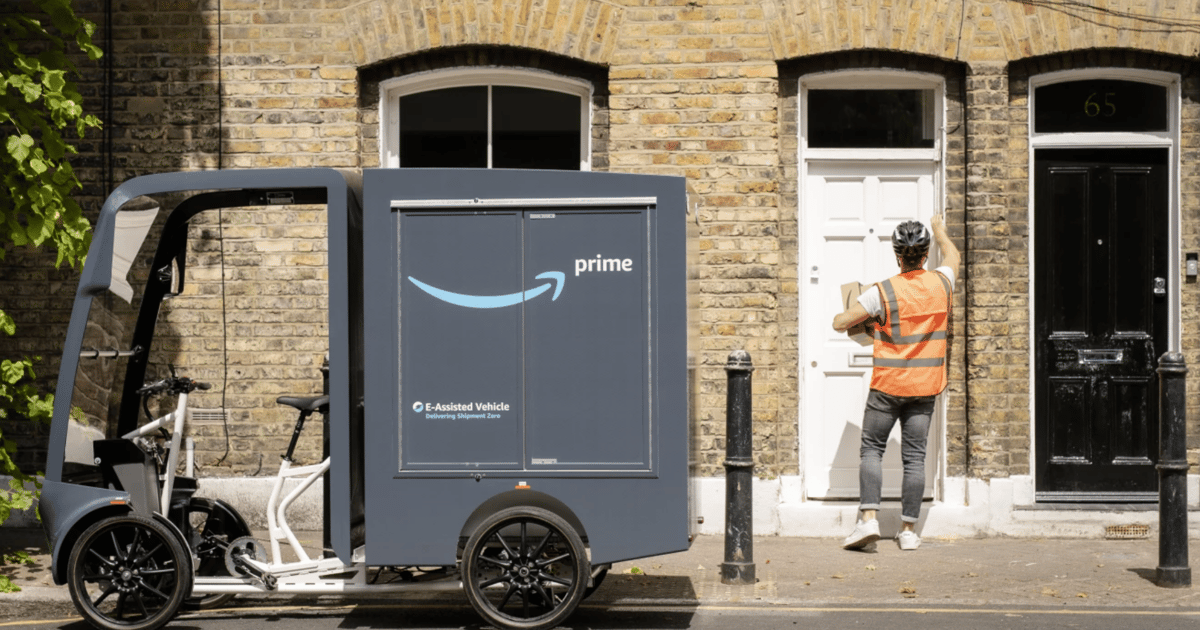 From drones, to electric rickshaws, to bi-directional autonomous transport pods, Amazon is exploring a number of avenues in its bid to reduce its sizable carbon footprint. Part of this means tackling emissions associated with last-mile deliveries in urban areas, and the e-commerce giant is now exploring a new solution to this problem in central London with the launch of a micromobility hub for e-cargo bikes and walking couriers.

Amazon’s new micromobility hub is the first such facility in the UK and is expected to handle more than a million customer deliveries every year in and around the London Borough of Hackney. These will be carried out by walkers and operators of electric cargo bikes, replacing thousands of conventional delivery van trips on London’s busy roads, with similar hubs to be launched elsewhere in the UK in the coming months.

While Amazon has been testing the waters with a number of forward-thinking vehicle concepts, the company is moving more and more eggs into the electric delivery van basket. In 2019 it invested in EV-maker Rivian and later that year agreed to purchase 100,000 of its electric trucks, which began delivering goods in LA early last year.

Amazon says it currently has more than 1,000 electric delivery vans on the road in the UK that carried out more than 45 million deliveries last year. It claims these will combine with the e-cargo bikes and walkers at the newly launched micromobility hub to make more than five million last-mile deliveries in central London.

Amazon has previously outlined grand plans to reduce its carbon footprint, setting an ambitious target of net-zero carbon by 2040. As a business that ships goods all over the world, it has some work to do to achieve these aims. Its carbon footprint grew by 19 percent in 2020 as demand for its services continued to grow, though its reliance on renewable energy across its operations grew from 42 percent in 2019 to 65 percent in 2020.

Part of this uptick in renewables is an increasing investment in solar, with 18 existing solar projects in the UK and newly announced plants to double that number by 2024. This involves the deployment of 30,000 new modular solar panels in the UK this year and plans to power its entire operations with renewable energy by 2025.

“Amazon is driving towards a global net-zero carbon future,” said Boumphrey. “One way we’re doing that is through the transformation of our transportation networks. Our new e-cargo bikes, walkers and growing electric vehicle delivery fleet will help us make more zero emission customer deliveries than ever before across London and the UK in the coming months. Doubling the number of on-site solar projects at our facilities across the UK further demonstrates our ambition to power our operations with 100 percent renewable energy by 2025 and represents an important step on our journey to being net-zero carbon by 2040. ”

You can check out the promotional video below.