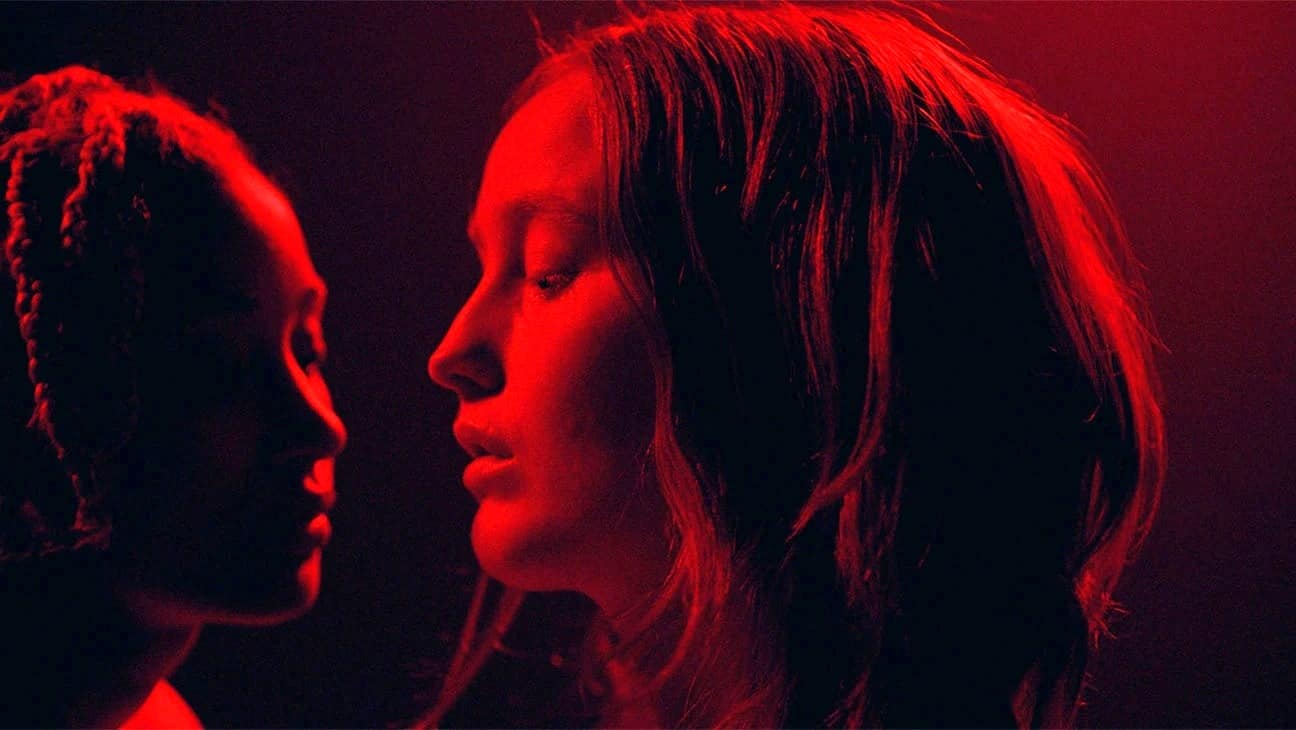 The horror romance My Animal – which stars Amandla Stenberg of Bodies Bodies Bodies (read our review of that one HERE) and Bobbi Salvör Menuez of Nocturnal Animals (which we reviewed at THIS LINK) – will be making its debut at the Sundance Film Festival next month, but before the audience there has had a chance to see it Paramount Worldwide Acquisition Group has already swooped in and acquired the global distribution rights to the film. (Excluding Canada.)

The feature directorial debut of Jacqueline Castel, who was working from a screenplay by first-time feature writer Jae Matthews, My Animal is set in a small northern town and tells the story of Heather, an outcast teenage hockey goalie (Menuez), who falls for the town’s newcomer (Stenberg), an alluring but tormented figure skater. As their relationship deepens, Heather’s growing desires clash with her darkest secret, forcing her to control the animal within.

Could this be some kind of werewolf story? I guess we’ll have to wait until the Sundance screening to find out for sure.

The Hollywood Reporter broke the news about the Paramount distribution deal, but Paramount hasn’t revealed any release details yet. Castel did provide the following statement: “Bobbi and Amandla were my first choices when we began casting My Animal – the synchronicity of their dual commitment is the kind of magically aligned rarity that a director always dreams of. Finding our home at Paramount completed the circle, their trust and support has been extremely meaningful.“

My Animal was produced by Andrew Bronfman and Michael Solomon, with Stenberg and Menuez serving as executive producers.

How does My Animal sound to you? Are you a fan of Amandla Stenberg and/or Bobbi Salvör Menuez? Let us know by leaving a comment below.

Screenwriter Jae Matthews happens to be one half of the electronic music band Boy Harsher, which recently had songs on the soundtracks for the horror movies Terrifier 2 and Halloween Ends. So there’s probably a good chance that a Boy Harsher tune or two might end up being on the soundtrack of this movie as well.

Here’s a first look image from My Animal:


Ex-FTX CEO Sam Bankman-Fried arrested in Bahamas: What happens next?