Alyssa Scott Asks For ‘Delivery Energy’ In ‘Bumpdate’ Ahead Of Imminent Baby Birth With Nick Cannon! 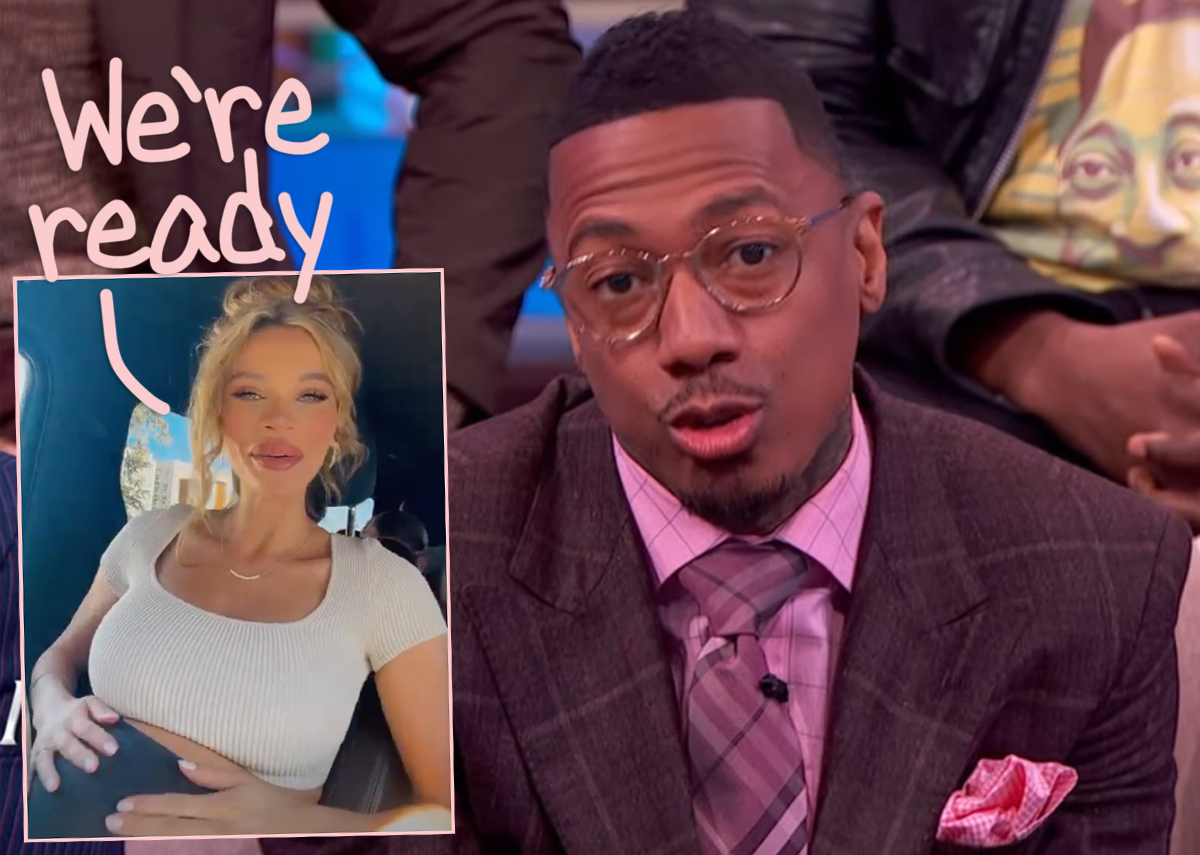 Alyssa Scott is more than ready for this baby to arrive!

The 29-year-old model spoke out on Instagram on Friday afternoon, and it sounds like she’s ready to be done with a very long, exhausting pregnancy.

Of course, the popular IG influencer is imminently about to have her second baby with Nick Cannon. And it sounds like that arrival should be coming up, like, pretty much any day now!

Scott keyed in her followers about that sitch in a new series of vids she posted to her IG account. In them, she first explained how she just went through getting “swept,” which is a common procedure to induce labor naturally in women who have been pregnant past their term date:

“Well, quick bumpdate: still pregnant. I cannot believe it. I got swept a few days ago thinking that would get things going, but it didn’t.”

She added that even though the process worked well with her older daughter, Zeela, it didn’t seem to be going as good with this baby-to-be. Ugh!

“It worked really well with Zeela. I had her that night. But, here we are. So, this is going to be a big baby. I cannot believe it. Jeez!”

Along with the lighthearted frustration at how long she’s been pregnant this year, Scott added another shot of herself lovingly rubbing her big baby bump, too. She’s so far along, and so beautiful, and so glowing! But we can also empathize with the fact that she just wants to be done with it already!

You can see screenshots of her new posts in which she asks for “delivery energy” from her followers, too (below):

Of course, this baby’s arrival will be a milestone moment for Nick and Alyssa. The duo lost their son Zen Scott Cannon in early December of last year after a bout with brain cancer. He was just five months old at the time.

Last week, Nick took to Instagram to mourn Zen’s loss on the first anniversary of his death. Writing with grief over the terrible situation, Cannon stated:

“Physically I’m definitely on the mend but Mentally and Spiritually I’m broken. Been tossing and turning all night, and as much as I know I need rest, last night I couldn’t sleep at all. I can’t believe it’s been a year already since the toughest day of my life occurred. Such a painful anniversary.”

“Losing a child has to be the heaviest, most dark and depressive experiences that I will never get over. A mixture of guilt, pain, and sorrow is what I suppress daily. … I love hard, I love big and I love with my entire Heart and Soul and I just wish my Little Man could’ve felt more of that love while he was here on Earth.”

So, clearly, these two will no doubt have a lot of emotion involved when this baby does come.

We just empathize with Alyssa and hope she can get to it soon already. She’s had a looooong year of pregnancy time.

Sending love and best wishes for a safe birth!!!

Retro Alarm Clock With Nixies Is Thoroughly Modern Inside