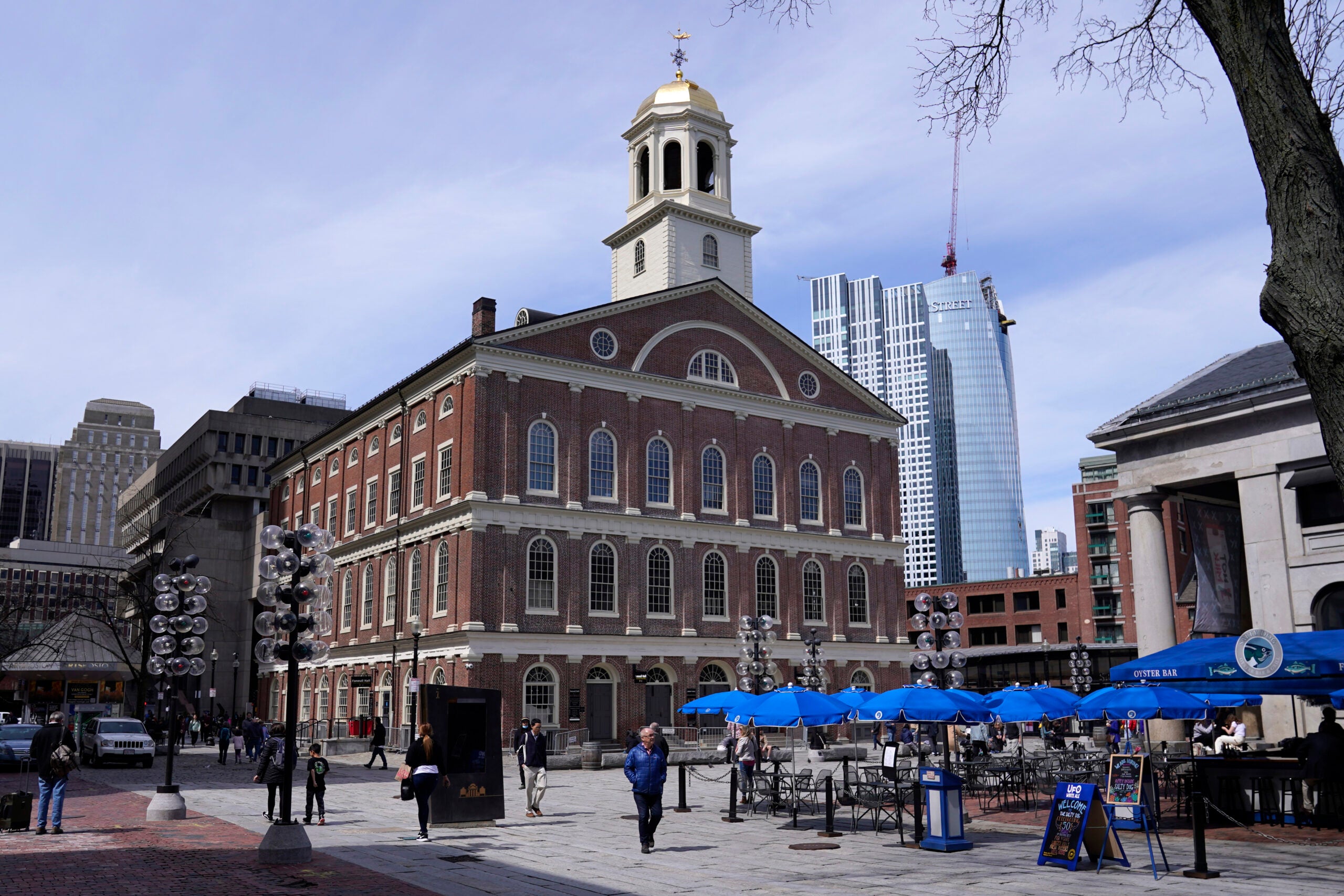 Robert Buckley, 43, has been placed on paid administrative leave after the incident, which happened outside a Faneuil Hall restaurant just before 1 a.m. Sunday.

Fire Commissioner Paul F. Burke released a statement, saying, “Boston firefighters are held to a high standard and are expected to be examples of public service for our communities. The firefighter involved in this incident was placed on administrative leave on Monday, and the incident is being investigated.”

According to a statement from Suffolk County District Attorney Kevin Hayden’s office, the victim was out celebrating with family at J.J. Donovan’s Tavern when he was attacked outside the restaurant. Hayden said the victim was “thrown to the ground by a man wearing a white long-sleeve shirt and blue jeans with red underwear protruding from the rear waistband.”

Witnesses told police they saw the assailant flee on foot. Police arrested Buckley at Atlantic Avenue and High Street. A family member told investigators that Buckley was “100 percent” the person who threw the victim to the ground, according to the statement. It’s not clear what preempted the attack.

The victim was taken to Massachusetts General Hospital to be treated for serious neck injuries and a large gash on his head, officials said. The neck injury could have “life-long ramifications,” Hayden said, and the head gash will require plastic surgery.

At his arraignment in Boston Municipal Court Monday, Buckley pleaded not guilty to assault and battery on a person over 60 causing serious bodily injury and was released on personal recognizance. He must stay away from the victim and his family, as well as J.J. Donovan’s Tavern.

Buckley is due back in court on Feb. 16 for a probable cause hearing.


Is Zach Wilson Done In A Jets Uniform?